A shrinking date for ‘Eve’

Most creationists will have by now heard of the ‘mitochondrial Eve’ hypothesis, the finding that all modern humans can be traced back to one woman. Some recent findings on when ‘Eve’ is supposed to have lived are very encouraging for creationists. But first we should review a few things, and hopefully sweep away some common misunderstandings.

Evolutionists do not claim, nor can it be fairly stated, that this evidence proves that there was only one woman alive at any point in the past. Holders to the ‘Eve’ theory certainly insist that all modern humans are indeed descended from one woman. However, they believe that there were other women present at the time, and that any of these other women could have contributed DNA information to our present gene pool of humanity. How does this apparent contradiction come about?

The answer lies in the fact that while we all inherit our usual complement of (nuclear) DNA from both mother and father, we only inherit mitochondrial DNA (mtDNA) from our mother. Think of it like a surname, only related to the opposite sex. In our society, we inherit our surname only from our father. A surname can become ‘extinct’ without implying that all the people in a line have died out—all it takes is for there to be only female descendants at any level.

In the same way, if a line of descent in a human population has only males at one point, then that line ‘dies out’ as far as its ‘mitochondrial signature’ is concerned, i.e., nuclear DNA is still passed on, but not mtDNA. To make it easier to understand, let’s return to the surname analogy (then later just substitute females for males). Imagine that an island is colonised by four couples, each with the first names Harry and Sally, but with four different surnames: Smith, Jones, Brown and White. In due course the population grows, with each generation marrying only among any of the other surnames available. It is very easy to set up a simple computer simulation to show how readily a surname can ‘die out’ with a line ending in only daughters. In due course, all the people on that island could end up with one surname only—say Smith. (Something like this happened on Pitcairn Island. Of the nine Bounty mutineers, six families settled the island in 1790. Of those six names [Christian, Young, Adams, McCoy, Quintal, Mills] only the first two have survived, even though Christian and Young were not the only ‘founding fathers’ to contribute genes to the island’s current small population. And some names have been ‘added’ from outside male settlers in the interim.) This is only probable where there is only a small number of surnames initially, i.e., a small original population; if the number of surnames is too large, it becomes very improbable for it to narrow down to only one or two.

In one sense it could be said that ‘Harry Smith’ is the ‘father of all on the island’. Yet this does not imply that Harry Jones, for example, is not the ancestor of any of them. Harry Jones could very well have contributed nuclear DNA to any of today’s islanders, without being their ‘surname ancestor’.

Let’s say you are a researcher investigating this particular island, without the benefit of any written records. You notice that all people on the island today are named Smith. Now this could be for two reasons:

Returning to the ‘Eve’ debate, it is clear from the above example (by just swapping the sexes around) that the evidence from mtDNA, which has suggested that all modern humans come from one woman, can mean one of two things.

I trust the analogy is clear. The mitochondrial Eve data does not force the belief that there was only one woman from whom we all descended—in other words, it doesn’t prove the Bible—but—a very important ‘but’—it is most definitely consistent with it. In other words, had there been more than one mitochondrial ‘surname’, it would have been a severe challenge to the biblical scenario. And it was not something that was expected by evolutionists. To explain it in their scenario requires a small population of modern humans to arise in one part of the world (archaic humans having already evolved and spread across the globe), and from there, spread out to replace all the other less-evolved humans, so that we all descend from that small original population (the ‘out-of-Africa’ or ‘Noah’s Ark’ theory of human evolution).

The biblical creationist would conclude that the one woman suggested by the mitochondrial data is almost certainly the real Eve.1

When did ‘Eve’ live?

Evolutionists, aware of the way in which the mitochondrial Eve discovery could be seen to have vindicated the Bible, have long countered by saying that their ‘Eve’ lived far too long ago to be the biblical Eve. How do they calculate this? The answer has to do with why this scenario came about in the first place. MtDNA is known to be much more transparent to selection than nuclear DNA. In other words, there are many places where a genetic ‘letter’ can be replaced with another by way of a mutational ‘copying mistake’ without causing any problems to the organism. Comparisons between various groups of people alive today can be made on the basis of the number of letters which are ‘different’, having been substituted by mutation. Modern humans were much closer to each other than standard evolutionary theory had predicted, hence the out-of-Africa theory.

Evolutionists have guessed at when their mitochondrial Eve lived via the idea of the ‘molecular clock’—i.e., that there is a more or less fixed rate of mutational substitutions per year in any population. How do they know what this rate is—in other words, how is the ‘molecular clock’ calibrated? By using evolutionary assumptions about the timing of events based on their interpretation of the fossil record. For example, if it is believed that humans and baboons, for example, last shared a common ancestor ‘x’ years ago, and if the number of differences between baboon and human mtDNA is y, then the substitution rate per year is y/x. In this way, estimates of when ‘Eve’ lived have varied from as low as 70,000 to 800,000 years ago, more commonly in the range 200-250,000 years.

It has recently been claimed that Neandertals were not direct human ancestors, but a different species in fact. This claim has been made on the basis of the number of substitutional differences in one stretch of mtDNA between that extracted from the one Neandertal ever tested and the average of today’s populations. In a consistent biblical model, there would be no ‘proto-humans’ having music, jewellery, trade, clothing, shelter, sophisticated hunting weapons and the like. ‘If he/she acts in so many respects like a human, he/she is a human’—and thus a descendant of Adam. Neandertals (some of whose physical traits can be found in some European populations) were not a different species (or a spiritless race not descended from Adam, as Rossists proclaim) but were post-Flood humans, representing a subset of the original gene pool broken up at Babel.

Creationists have correctly countered both Eve’s ‘age’ and the Neandertal assertions by saying that the molecular clock calibrations are way off.2 Since, for example, the creationist’s (true) Eve lived only a few thousand years ago, the mutational substitutions in mtDNA must have happened at a much faster rate than assumed by evolutionists to date.

In fact, a number of recent studies on living populations have indeed come up with results which indicate a much higher rate of mutation in human mtDNA.3,4

Although not all studies to date have found the same high rate, at least two studies, looking directly at substitutions occurring today, have found rates as much as 20 times higher than previously assumed.5 Studies on the bones of the last Tsar of Russia also showed that he, along with 10–20 % of the population, actually had at least 2 types of mtDNA, a condition called ‘heteroplasmy’, also caused by mutations.3 This, too, throws off the ‘molecular clock’ calibrations.

According to one review of the data, these recent results would mean that mitochondrial Eve ‘lived about 6500 years ago—a figure clearly incompatible with current theories on human origins. Even if the last common mitochondrial ancestor is younger than the last common real ancestor, it remains enigmatic how the known distribution of human populations and genes could have arisen in the past few thousand years.’3

The review in Science’s ‘Research News’ goes still further about Eve’s date, saying that ‘using the new clock, she would be a mere 6000 years old.’ The article says about one of the teams of scientists (the Parsons team5) that ‘evolutionary studies led them to expect about one mutation in 600 generations … they were “stunned” to find 10 base-pair changes, which gave them a rate of one mutation every 40 generations’.4

Evolutionists have tried to evade the force of these results by countering that the high mutation rate only occurs in certain stretches of DNA called ‘hot spots’ and/or that the high (observed) rate causes back mutations which ‘erase’ the effects of this high rate. Therefore, conveniently, the rate is assumed to be high over a short timespan, but effectively low over a long timespan. However, this is special pleading to get out of a difficulty, and the burden of proof is on evolutionists to sustain the vast ages for ‘Eve’ in the face of these documented, modern-day mutation rates. These are indeed encouraging results for creationists. In summary: 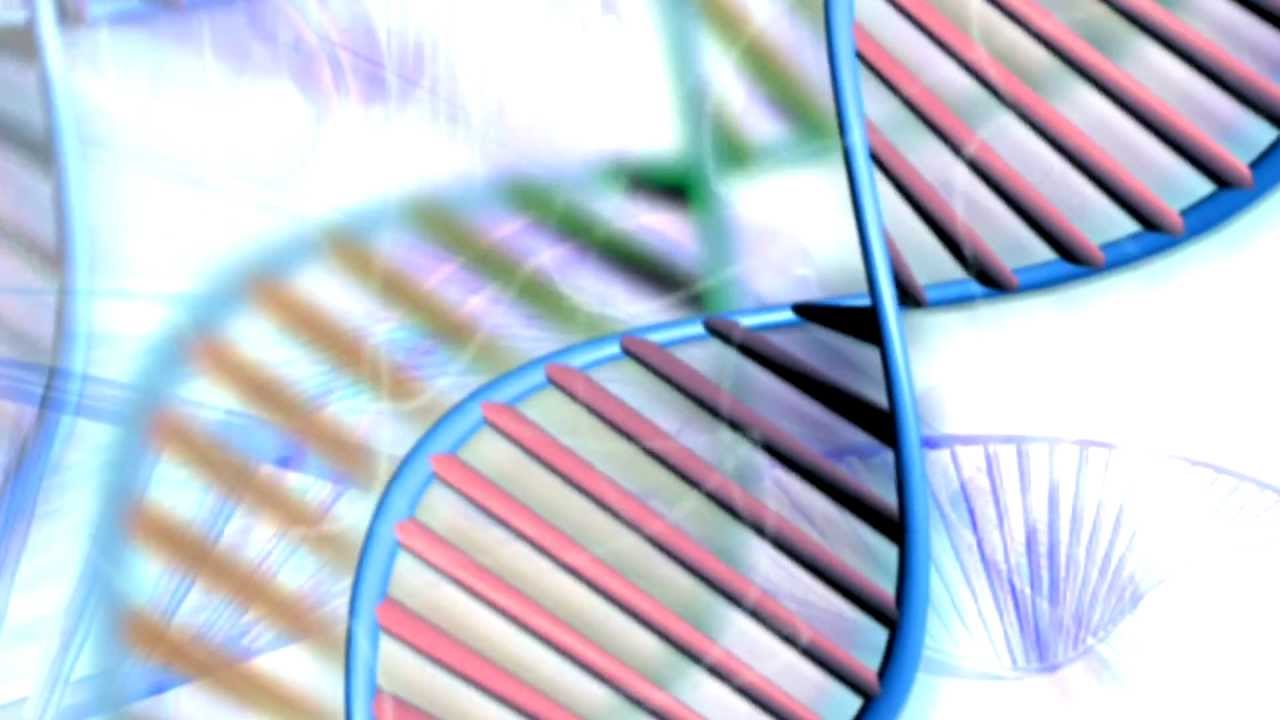