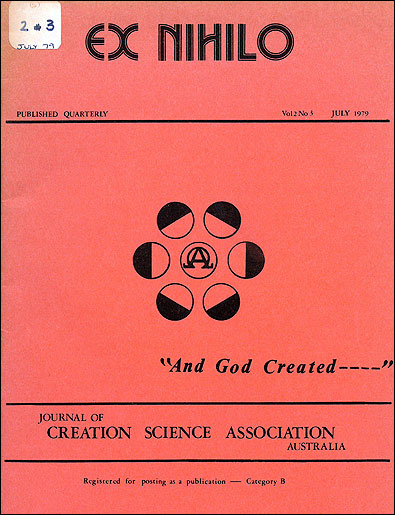 A Tale of two fleas

Imagine a colony of fleas living inside a motorcar, the only home they have ever known. Two of them are very scientifically minded—let’s call them C and E. They set up a lab and start to investigate everything about this world of theirs. One by one, they discover all the basic laws of chemistry and physics as they study the processes going on in this car—Newton’s laws of motion, gravity, the laws of electromagnetism, thermodynamics, the table of elements, atomic theory and so on. All this while, there is no real disagreement between them, since everything they have learned can be proven by repeatable experiments. Finally a young flea asks them a fateful question; ‘How did this car come about in the first place?’

C: ‘That’s obvious—it has been built at some time in the past by an intelligent designer.’

E: ‘What? I never heard you talk like that before. What makes you think that? Oh, I know, you’re one of those religious cranks that believes in that book in the glovebox, the manual, supposedly written by this designer. Don’t you know that our best Flea-brew scholars now agree that it is a bunch of myths written by pre-scientific nomadic desert fleas?’

C: ‘How do you account for the car, then, without a maker?’

E: ‘Please don’t get me wrong—you can believe in a maker if you wish, but you have to realize that we can’t teach that to young fleas in science classes. Obviously, the scientific processes and laws which we have been studying are and have been slowly and gradually building this car up from simpler substances.’

C: ‘You must be aware of some of the tremendous scientific difficulties with such an idea.’

E: ‘Of course—but I’m working on these. No scientific idea is without difficulty. I regard myself as open-minded enough to change my ideas on how this car evolved as further research results come in.’

C: ‘Would you change your ideas on whether it evolved?’

E: ‘How could I? The only alternative to evolution of this car is its creation, and that would be a religious idea, not a scientific one. It would mean relying on a process (creation) which we can no longer observe, and a maker whom we cannot see. I’m surprised at you, really, after all the science we have been involved in together, coming up with such mysterious ideas.’

C: ‘Actually, my scientific studies have led me to conclude that there must be a maker. Firstly, you must realize that you can’t run an experiment to prove your ideas either.’

E: ‘Now that’s unfair. You know how slowly iron filings are deposited into the crankcase—it would take hundreds of millions of years for them to coalesce into a new crankshaft. But at least we can see it happening.’

C: ‘Your philosophy seems to stop you from even considering the possibility of a maker. What if the car really was made? Would you really expect to be able to study the way it was made or to see the maker? Would it then be unscientific to teach creation as one of the possible ways this car happened to be? I think that the idea that there was a maker is much more scientific than yours.’

C: ‘I mean that the things we observe happening in the car fit better with the idea that it was once made and is now wearing out. Do you remember that second law of thermodynamics we discovered? Everything in this car is wearing out, running down. None of the scientific processes that we have studied have the ability to make this car. I think this is very good evidence for creation. Another very important evidence for creation is the organization of the components of this car, i.e., the relationship between its parts. You see, a coil has no natural tendency to line up with a distributor and a spark plug in such a way as to make a spark—when these three parts work together, they are all obeying the laws of science—no mysterious processes are at work—yet everything we know about them forces us to the conclusion that they must have had that order, that relationship, that purpose if you like (E shudders at this point) imposed upon them from outside originally. This is positive evidence for creation. You yourself recognize evidence for creation in your everyday experience. For instance, if you see a beautiful painting, say a Van Fleagh, you recognize that it is the result of creative intelligence. You know that because you know that canvas and oils have no natural tendency to come together in that way. You recognize creation although you never see the creator nor the act of creation.’

E: ‘I can see the point you’re making, but I can’t believe there’s anybody out there that makes cars.’