The General Theory of Evolution (GTE) is the atheists’ creation story. As with the Bible, it begins with creatio ex nihilo (creation from nothing)—and in the atheists’ view there really was nothing (and certainly no God) to act as first cause. The big bang, they say, produced the universe all by itself. Then, billions of years later we’re told, the first life formed spontaneously in some chemical soup and, without any help, evolved into all the plants and animals found on Earth today—including us.

Contrary to impressions given by the media, never before has there been so much evidence challenging this story. Such are the problems secular cosmologists have in trying to make their big bang models work, they end up making desperate appeals to the most unscientific notions imaginable. For example, in December 2014, top cosmologist Lee Smolin published a book suggesting that the only way to solve the big bang’s many scientific problems is to argue that the laws of physics were different in the past.2 So, when the facts don’t fit their creation story, secular scientists must turn to alternative ‘scientific laws’ drawn from their imaginations.

Similarly, leading origin of life researchers, such as Paul Davies and Stuart Kauffman, readily admit that no observed natural processes can produce life from non-life. Unperturbed, however, they do the same as the secular cosmologists—they take a gigantic leap of blind faith and believe that the required natural processes existed anyway and, for some reason, we just haven’t yet discovered them. Richards Dawkins is adamant that, once first life formed, Darwin’s theory can explain how this could have evolved into people. But why then are leading biologists such as James Shapiro and Stuart Newman quietly looking for alternative theories?3,4

All this demonstrates a commitment not to science, but to a worldview that excludes God from one’s thinking, i.e. to philosophical naturalism—the doctrine that everything, including the origins of the universe and life, can be explained entirely by natural processes. It’s an ideology which is neither scientific (arising from blind faith rather than observations) nor necessary for scientific progress, as CMI has pointed out many times before. For example, Philip Skell, formerly Professor of Chemistry at Pennsylvania State University, commented:

When the facts don’t fit their creation story, secular scientists must turn to alternative ‘scientific laws’ drawn from their imaginations.

I recently asked more than 70 eminent researchers if they would have done their work differently if they had thought Darwin’s theory was wrong. The responses were all the same: No. I also examined the outstanding biodiscoveries of the past century: the discovery of the double helix; the characterization of the ribosome; the mapping of genomes; research on medications and drug reactions; improvements in food production and sanitation; the development of new surgeries; and others. I even queried biologists working in areas where one would expect the Darwinian paradigm to have most benefited research, such as the emergence of resistance to antibiotics and pesticides. Here, as elsewhere, I found that Darwin’s theory had provided no discernible guidance, but was brought in, after the breakthroughs, as an interesting narrative gloss.5

The magnitude of the problems with the GTE are hidden from the general public, with popular science programmes almost always peddling the secular view as fact. At the same time, creation scientists are never given a realistic opportunity to present an alternative view. In universities, even non-creationists who dare to inform students of problems with Darwin’s theory can find themselves out of a job.6 In UK state-funded schools, Government regulations now prohibit the presentation of Intelligent Design or Creation as views which are supported by evidence.

All this makes our youngsters very vulnerable. ‘Scientific’ explanations for the GTE can appear very convincing when only the evidence supporting this view is presented. In Proverbs 18:17, we read, “The one who states his case first seems right, until the other comes and examines him.” How much more so when nobody with contrary evidence is allowed to speak? Evolutionary beliefs are maintained by censorship—and with great effect.

Christians, however, are not without resources to counter this secular onslaught. Our website (creation.com) has over 9,000 articles demonstrating the clear superiority of the biblical worldview over and against that of the secularists. Moreover, month by month more evidence challenging evolutionary beliefs is uncovered and Creation magazine puts this directly into subscribers’ hands, enabling us to “destroy arguments and every lofty opinion raised against the knowledge of God” (2 Corinthians 10:4–5). 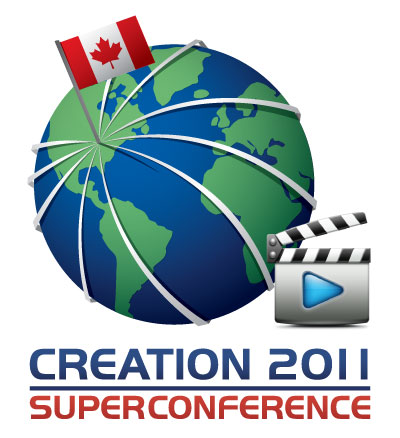