No evidence of evolution and ‘deep time’

There are many similar plants and animals found in eastern Asia and eastern North America, but not in the regions between them (fig. 1). These include arachnids, millipedes, wasps, freshwater fish, and over 150 different seed plants.1,2 Evolutionists try to explain this by saying that, many millions of years ago, the northern regions were warmer and eastern Asia and eastern North America were part of one continuous plant and animal distribution (fig. 2). Then, they say, around five million years ago, the climate cooled and the plant and animal life were separated (fig. 1).3

The remarkable similarities between the plants and fungi of these two regions present a serious problem for evolutionists and their belief in ‘deep time’.

The Sacred Lotus (eastern Asia) and Yellow Lotus (eastern North America) are classified as two different species, Nelumbo nucifera and Nelumbo lutea (fig. 5).6 However, their hybrid form is fertile, again indicating that they are really the same species.7

The remarkable similarities between the plants and fungi of these two regions present a serious problem for evolutionists and their belief in ‘deep time’. This is because, over millions of years, sister species, living on different continents and separated by huge distances over land/ocean, would be expected to evolve different characteristics. According to the theory of evolution, the ancestors of humans separated from other ape-like creatures around six million years ago. Between then and now, the evolutionary process allegedly gave rise to all the many changes that turned these creatures into the people we are today. It is difficult for evolutionists to explain why, over the same time period, the plants and fungi of eastern Asia and eastern North America did not evolve and change too!

The similarities between the wildlife of these two regions, however, present no problem for biblical creationists. This is because, according to the Bible, none of the habitats found on the earth today can be older than around 4,500 years, the time of the global Flood, recorded in Genesis 6-8. It is possible that a continuous plant and animal distribution grew up linking eastern Asia and eastern North America due to the warm climate that existed at high latitudes directly after the Flood (fig. 2). This region may then have been split into two by the ensuing Ice Age and also the rising sea levels following its waning, around 800 years after the Flood.8 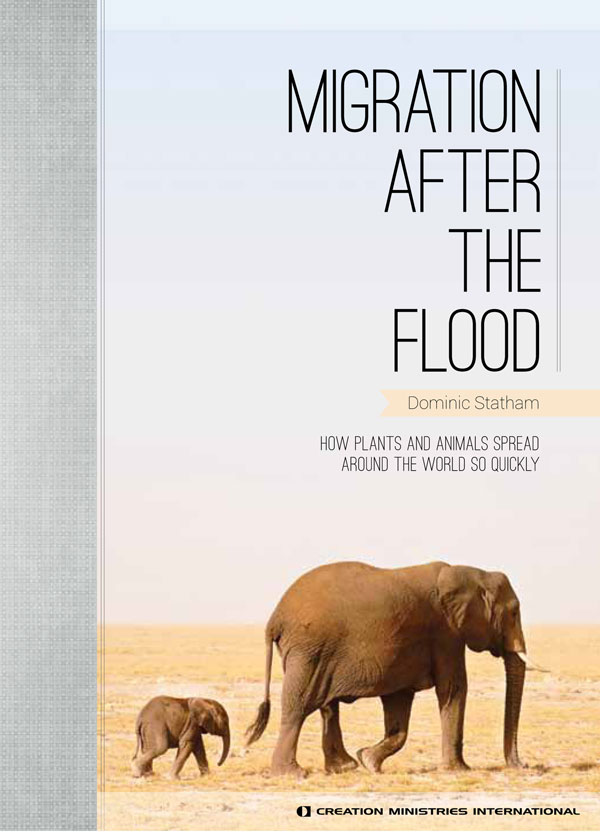 The Greatest Hoax on Earth?
by Dr Jonathan Sarfati
US $16.00
Soft Cover
Migration After the Flood
US $5.00
MP4 Video
The Creation Answers Book
by Various
US $15.00
Soft Cover
Evolution: Good Science?
by Dominic Statham
US $13.00
Soft Cover