Can we live as long as Methuselah?

He believes that if he gets the money [he will] be able to extend human life and vitality almost indefinitely.

The co-founder of PayPal, Peter Thiel, recently gave US$3.5 million to the Methuselah Foundation, an organization founded by Dr Aubrey de Grey, whose aim is to ‘cure’ ageing.1 ,2 Dr de Grey cites ‘seven major categories’ of damage caused by ageing that he believes will be reversible within decades if he gets the necessary funding.3 He believes that if he gets the money he needs, he will be able to provide what he calls ‘engineered negligible senescence’, i.e. to be able to extend human life and vitality almost indefinitely.

This topic is not new for biblical creationists. Apart from possible ethical issues that may be raised by this sort of research (see below), this relates to quandaries that have plagued many a mind for centuries. How did people live for such long ages at the time of the early Patriarchs, especially the pre-Flood people? Why did people’s maximum lifespans drop so dramatically after the Flood?

Creationists have hypothesized numerous different mechanisms for ageing to explain the drastic differences between pre and post-Flood ages. Most of these hypotheses have focussed on environmental factors, such as the effects of a hypothetical water vapour canopy.4 However, even severe changes in environment are unlikely to enable lifespans to fluctuate between 70 and 950 years. And if the post-Flood environment was now so hostile to great age, why was Noah, who was already 600 years old at the time of the Flood, able to live in it for another 350 years? It’s more likely that internal factors, such as our genetics, are going to be responsible for great changes in maximum lifespans. For instance, since so few people were left after the Flood, it was in effect a genetic ‘bottleneck’ causing much genetic information to be lost, possibly including genes for longevity.5 Wieland makes the point well:

‘There is a well-known and simple phenomenon called ‘genetic drift’, through which varying forms (alleles) of genes (stretches of DNA coding for various characteristics) can become lost in small populations. … Since it now appears that much of aging is under genetic control, loss of some of the genes for longevity may be the reason for the drop post-Flood.’5

De Grey’s approach to extending life is trying to prevent the damage that comes about from the ageing process.6 Though he calls it a ‘cure’, it would be more correctly called a treatment, since he is dealing with preventing the process from becoming ‘pathogenic’ (disease-causing). And most of the therapies he puts forward would need to be repeated periodically.

What of the man after whom Dr de Grey’s foundation was named? This sort of research may lead to greater insight on how people before the Flood could live for so long. If successful forestalling technologies are found, it could provide insights into the genetic capabilities pre-Flood people may have had for long life.

Why are they doing this?

Many scientists have criticized the research because they see death as a natural part of life. Is there anything inherently wrong with wanting to extend life and vitality? The Bible makes it very clear that death is an enemy, and it is the last thing to be destroyed under the rule of Christ (1 Corinthians 15:26). The Bible also applauds any attempt to forestall the effects of the Curse, such as healing sickness, for the benefit of others.

What’s the driving force behind this funding and research? People want to be able to live forever, and think technology may be the answer. Death is not something that an average person looks forward to, and neither should it be. However, people often want to live forever without the rule of God. That is precisely why God barred access to the Tree of Life after Adam and Eve sinned (Genesis 3:22); to live forever apart from God is akin to hell.

There are more ways to die than old age. Even if it were possible to essentially ‘cure’ ageing, it would not eliminate death. It would only deal with one aspect of the problem of death. The Bible makes it clear that ‘the wages of sin is death [emphasis added]’ (Romans 6:23). Only God can provide the final cure for death, because only God can cure the root cause of death: ‘For Christ also suffered for our sins once for all, the righteous for the unrighteous, in order that he might bring us to God’ (1 Peter 3:18). 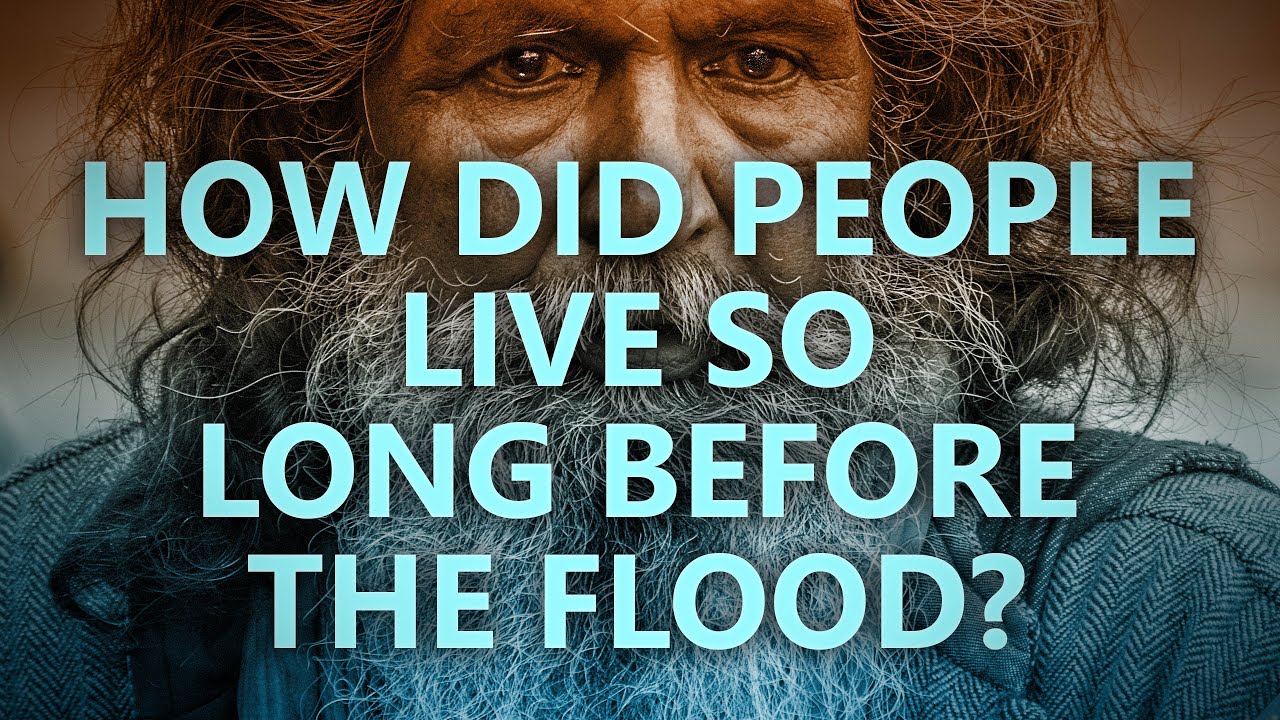 How did people live so long before the flood?

Mitochondrial Eve and the 3 "Daughters of Noah"
US $7.00
DVD
The Mystery of Our Declining Genes
US $10.00
DVD
Genetic Entropy
by Dr John Sanford
US $25.00
Soft Cover