Was earth covered in water “3200 million years ago”?

No! That was early during Noah’s Flood and continents still existed

In early March 2020, scientists Benjamin Johnson and Boswell Wing claimed in Nature Geoscience that some 3,200 million years ago the ancient earth was completely covered in water,1 and that there was not a single continent standing above sea level. A few people sent us media reports of this claim2,3 and others posted it on Facebook asking if it is scientific confirmation of Noah’s Flood, which the Bible says covered the whole earth. The short answer is “No”. We explain the reason here in some detail.

To support this idea Johnson and Wing presented new data from rocks in the Pilbara area of Western Australia (figure 1). However, the concept that the earth was fully under water at this time is not particularly new within their worldview, as Johnson acknowledged in his LiveScience interview.3 This ‘time period’ is called the middle Archaean.

The scheme is total speculation, full of unknowns, involves lots of assumptions, has innumerable contradictions, is vigorously debated, and is continually changing.

It is important to realise that Johnson and Wing, like all secular, naturalistic scientists, have in their minds a story (a framework, an outline) for the formation and development of the earth. This story has been devised by hundreds of different people all over the world and is continually being modified. The aim is to explain it all by naturalistic processes, which means it must happen in tiny weeny steps which would require billions of years. No God is allowed, and the biblical account of how God created supernaturally is ignored, because it does not fit into their belief system.

The story spans a period from before the earth existed, which they now say was 4,600 million years ago, until the present, and includes dozens of imaginary events considered necessary to explain the origin and development of the earth and everything upon it. Examples of such events include: the earth coalescing from meteorites, the formation of the moon, the iron catastrophe and formation of the core, the origin of the magnetic field, the origin of the oceans, the onset of plate tectonics, the origin of the continents, the origin of life, the great oxygenation event, the origin of the eukaryote cell, the origin of multicellular life, and many more. Each of these invented ‘events’ has a life of its own. The story is so pervasive in our culture and presented in such an authoritative way that it gives the impression that it is fact. But it is not. It is 100% an invention of the human mind. None of the events, processes, or timings described has been observed. The scheme is total speculation, full of unknowns, involves lots of assumptions, has innumerable contradictions, is vigorously debated, and is continually changing.

So, the question is, “Are Johnson and Wing confirming Noah’s Flood as described in the Bible?” My answer is “No!” But in order to appreciate why, we need to understand the biblical record of earth history and where the Flood fits into it. Recall that the Bible tells us how God created our planet in six literal days some 6,000 years ago, and then describes some significant events of its subsequent history, such as the creation of people, the origin of death, the global Flood, and the origin of nations, etc. We can’t just compress the secular, long age timeline and lay it alongside the biblical timeline because in each timeline the events, their existence, their nature, and their timing are so different. However, a lot of good work has been researched and published by creationist scientists on this issue of reinterpreting the secular, long-age timeline. This article provides a good example of how this works.

Specifically, the Archaean rocks that Johnson and Wing are speaking about would have formed about 4,500 years ago, in the first few weeks of Noah’s Flood.4 Being so early in the Flood means that the floodwaters were only beginning to rise. So, the pre-Flood continents would still have been above water, and they had existed above water since Creation Week. In other words, these scientists are wrong when they conclude the earth was completely covered with water at this time. Their claim does not provide confirmation of Noah’s Flood.

The Flood lasted a little more than a year. After the Archaean rocks were formed, there was still an enormous amount of catastrophic geologic activity that continued to take place during the Flood. Movements in the earth’s crust caused great volcanic eruptions and metamorphosed rocks. Water eroded the pre-Flood continents and deposited vast volumes of sediment into the pre-Flood oceans. The floodwaters continued to rise and rise on the earth, and the original continents were eventually inundated. It was about 150 days after the Flood began that the waters covered the whole earth. From our analysis of the long-age scheme, the water of Noah’s Flood would have covered the whole world about 65 million years ago according to their ‘dates’. After that, the ocean basins began to sink, the present continents began to rise, and the floodwaters receded from the continents into the ocean.

Figure 2 allows you to reinterpret long-age geological dates from the evolutionary system into biblical history. The thick arrows on the diagram show what parts of the geologic column were formed as the floodwaters were rising, what parts were formed as the floodwaters were falling, and what parts were formed after the Flood. This arrangement is generally accepted among creationist geologists although there are some differences of opinion about the beginning of the Flood and the end. These differences are indicated on the diagram by showing the thick arrows as broken, and by having the arrows overlapping with each other in some places. Note that the arrow is shown broken in the Archaean, indicating a difference of opinion there. In other words, some creationist geologists would interpret Archaean rocks as having formed during the Creation Week instead of early in the Flood, as I described above.

Johnson and Wing base their claim that the oceans covered the whole earth on the oxygen composition of geological samples they collected in the Pilbara region of Western Australia. They included a geological map of the area in their Nature paper (reproduced in figure 3), showing where they collected their rock samples. Most samples were from the 3–4 km thick Kangaroo Caves Formation, which has been given an age of 3,238 Ma. This formation is a pile of volcanic rocks ranging in composition from basalt to dacite, with minor components of rhyolite. There are abundant pillow basalts (figure 4), which point to the lava being emplaced under water. Very shortly after its formation, an enormous volume of molten magma deep underground pushed into the pile of volcanic rocks and solidified as granitic rock (shown on the map as the Strelley Granite). As the hot molten magma squeezed into place and cooled, it forced hot, chemically aggressive fluids through the Kangaroo Caves Formation forming ore deposits (called volcaniclastic massive sulphides, VMS) with such minerals as copper and zinc sulphide. Today, similar processes occur at the mid ocean ridges at hydrothermal vents but on a much smaller scale.

It is the presence of enormous piles of volcanic rocks, such as these, that leads me to conclude these rocks were not formed during Creation Week. It seems to me that the sulphur fumes, acidic fluids, lava flows, magma emplacements, and ash deposits, which would have been associated with all this volcanic activity, would not have been present in the original “very good” Edenic creation. Hence, I interpret them as early Flood.

Johnson and Wing analysed the oxygen isotope content of more than 100 rock samples and found they contained more oxygen-18 than oxygen-16, which is the opposite to the oxygen in modern oceans. Their theoretical calculations hinted that without continents the oceans would carry more oxygen-18 on a global scale, which is why they announced there were no continents above the ocean at that time.

The problem is that they based their calculations on the assumption that the environmental conditions were in equilibrium, like they are today. They believed the environment was slowly evolving and changing over millions of years. However, the environment would not have been in equilibrium during Noah’s Flood, especially in the first few weeks. We would expect that it would have been in equilibrium like today up to the time that the Flood started. But once the Flood began, catastrophic volcanic eruptions, the emplacement of plutonic intrusions, the generation and dispersal of aggressive fluids, and the release of acidic sulphur gases into the seawater would have changed the chemical conditions of the sea water and affected the isotopic composition of the material as it was incorporated into the rocks. The interaction of all this material with the atmosphere would have affected the conditions there. Further, all these conditions would all have changed quickly over days, weeks, and months during the Flood catastrophe. In other words, wrong assumptions lead to the wrong conclusion that no continents were above the ocean at the time.

… the environment would not have been in equilibrium during Noah ’s Flood, especially in the first few weeks ….

In summary, when Johnson and Wing speak about the earth being totally covered in water at that time, we should not conclude they are referring to Noah’s Flood. The 3,200-Ma ‘date’ for the rocks puts them at the beginning of the Flood, which is far too early for the whole earth to be covered in water. Neither is the earth being covered by water a reference to the first two days of Creation Week when the earth was covered with water, before the dry land appeared on Day 3. That is because the recognition of enormous volcanic activity in the rocks precludes it happening during the “very good” creation period.

This all means that their claim that the earth was totally covered in water at that time is wrong. Continents existed. Johnson and Wing are disregarding the catastrophic events of the Flood and misreading the significance of their oxygen-isotope measurements, that the isotopes reflect the very early Flood environment. They assumed the environment was in long-term equilibrium and built their models on that. However, the equilibrium environment of the pre-Flood world was greatly disrupted by the Flood catastrophe, contaminated by the abnormal products produced during that event, and changing from day to day, week to week, and month to month. 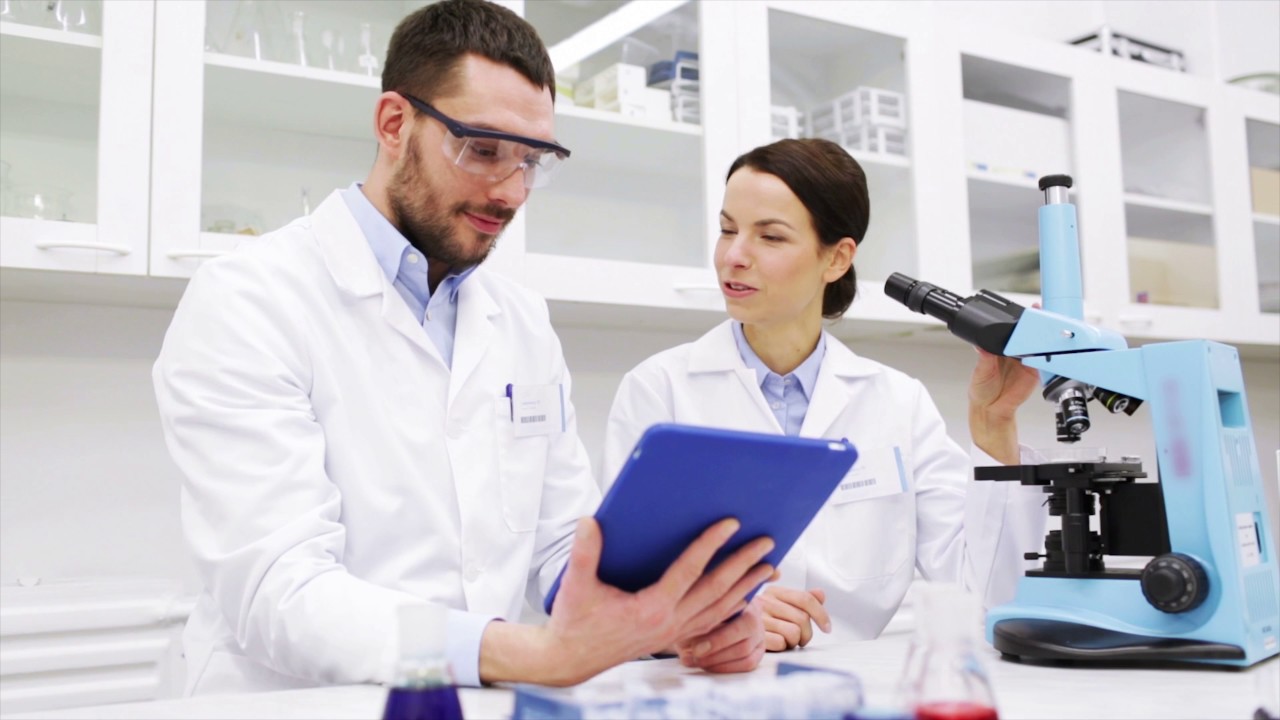 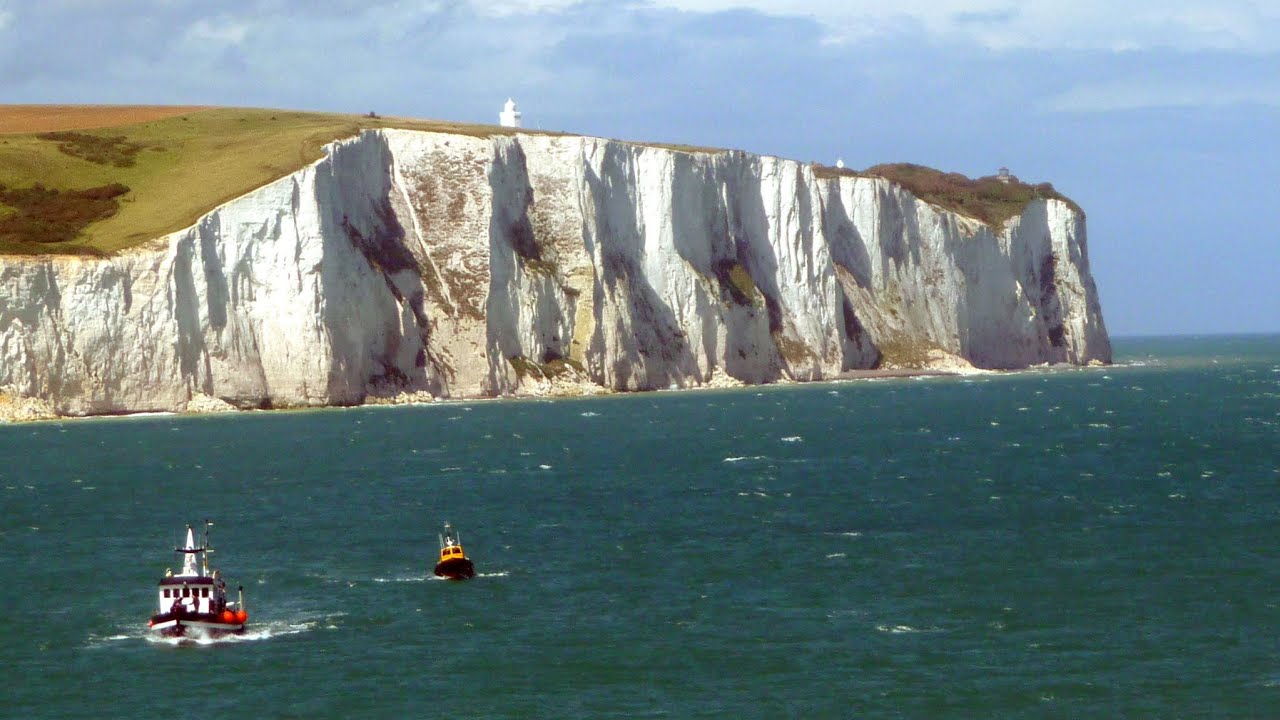 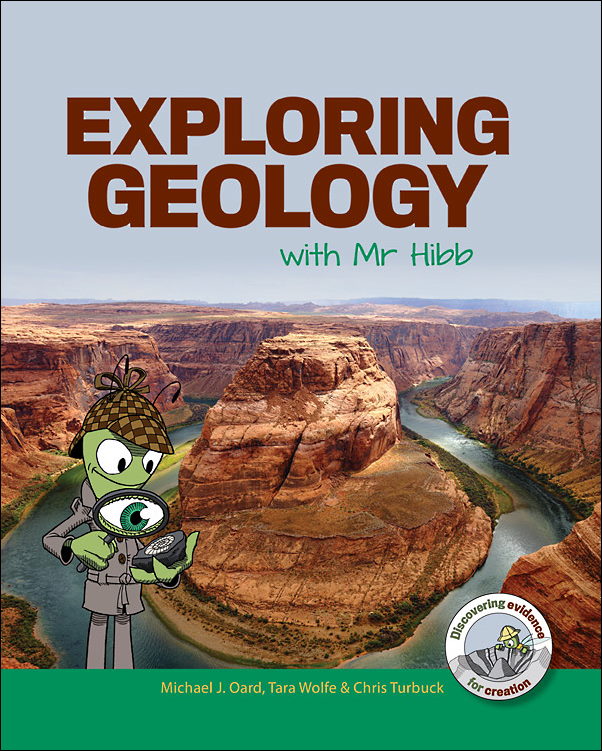 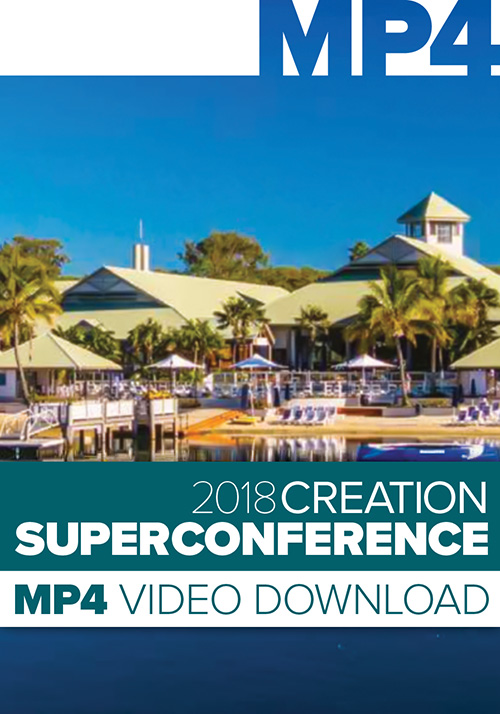 Exploring the Geology of the Sunshine Coast
US $5.00
MP4 Video

How Noah's Flood Shaped Our Earth
by Michael J Oard, John K Reed
US $17.00
Soft Cover
Geology by the Book
US $7.00
DVD
Exploring Geology with Mr Hibb
by Michael Oard, Tara Wolfe, Chris Turbuck
US $10.00
Kindle (.mobi)
Exploring the Geology of the Sunshine Coast
US $5.00
MP4 Video
The Creation Answers Book
by Various
US $15.00
Soft Cover