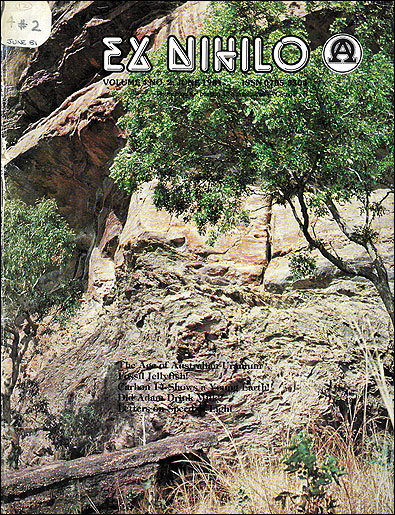 Many ordinary people believe that an uncontrolled process called evolution has produced the intricate designs which we see around us. It only takes a few moments of easy mathematics to check out the truth of such a belief.

When we toss a coin, we expect it to land showing either a head or tail. We say from experience that the probability of the coin landing ‘heads’ is one half, or we can say ‘tails’ has a 50% chance of showing up. We also know from experience that this does not mean when we throw a head first, the next throw will be a tail. It simply means that if we keep tossing coins long enough, then half the time the coin lands, it will show heads, and half the time tails.

However, even in the idea of ‘1/2 heads’ are some assumptions or beliefs which few of us bother to check when throwing coins. We take it for granted that the coin weighs the same on both head and tail sides, so it gives an unbiased result. We rarely check to see if the coin has both a head and a tail, even though rare double headed coins do exist.

An interesting situation arises when two separate events occur at the same time, e.g. tossing a coin and throwing a die. (Most of you will call it a dice, but that is plural for more than one die.) If we ask what is the ‘chance’ of throwing a head and a 6 at the same time, a simple look at all the possible results of throwing coins and dice will show the answer.

Since the coin has two sides and only one head, the possibility of a head is 1/2.

Since the die has six sides and only one face with 6 on it, the possibility of six is 1/6.

The only trouble is that half of the times the die lands showing a 6, the coin will show a tail, the other half of the times we throw a 6, the coin would show a head. So the probability of throwing the head and the 6 together, must be one half of the sixes, or put mathematically, 1/2 x 1/6. This, of course, is 1/12. Again we must remember that this does not mean one in every 12 throws, but if you throw for long enough, 1/12 of all throws would have both a 6 and a head.1 Puts one off gambling somewhat!

Let us extend this idea further. (A problem for any Grade 10 math’s class.) Suppose we have a bucket in which are placed ten (10) identical discs, each numbered from 1-10. The question is: Can chance methods enable us to count from 1 to 10? If only one disc is to be selected from the bucket, noted and replaced, and we require disc 1 first, disc 2 second, etc. in the correct sequence from 1-10, what is the probability of selecting all ten discs in order?

The theory of evolution

Further tests exist to measure how efficient chance is at producing design. The following is fascinating. The question is: What is the expected probability for chance to spell the phrase—‘the theory of evolution’? This phrase by chance would involve the random selection and sequencing of letters and spaces in the correct order. Each letter from the alphabet plus one space (totaling 27 possible selections) has one chance in 27 of being selected. There are 20 letters plus 3 spaces in the phrase—‘the theory of evolution’. Therefore ‘chance’ will, on the average, spell the given phrase correctly only once in (27)23 outcomes!!

This computes to only one success in a mind boggling 8.3 hundred quadrillion, quadrillion attempts (8.3x1032) (gasp!). Suppose ‘chance’ uses a machine which removes, records and replaces all the letters randomly at the fantastic speed of one billion per microsecond (one quadrillion per second)! On average the phrase would happen once in 25 billion years by this random method. If, as evolutionists would have us believe, the earth has been in existence for approximately 5 billion years, then ‘chance’ could take five times this time to spell out its own success, even at this phenomenal rate of experimentation. And this phrase is infinitely simpler than the smallest life form, and children of average intelligence could perform this same spelling task within a minute or so.