A recent edition of the BBC’s Moral Maze2 featured, among others, two prominent secularists, Stephen Evans, CEO of the National Secular Society, and humanist, Susan Blackmore. The subject debated was ‘Religious orthodoxy versus liberal values’ and among the topics discussed were circumcision, ‘faith schools’ and the teaching of creation. The totalitarian mind-set of these people was truly disturbing.

Evans argued that “the right to manifest religion is a qualified right, and it’s right to set that right aside in certain circumstances.” This, he maintains, is justified “where there is harm caused … whether that’s harm to an individual, whether that’s harm to an animal, or a broader societal harm.” Particularly, he says, “if it’s abusive to a child then I think the State has every right to intervene.” In his view, circumcision is child abuse, and should therefore be criminalised. (We note, too, that many claim teaching creation is child abuse.)

According to Dame Louise Casey, holding a view which is at odds with mainstream society, even if non-violent, could be deemed‘extremism’.

There can be little doubt that Evans’ real motive here is to find some excuse to curb religious freedom and to use the power of the State to do this. According to the World Health Organisation, approximately one third of men throughout the world are circumcised.3 They maintain that “male circumcision provided by well-trained health professionals in properly equipped settings is safe”4 and even list seven health benefits.5 Hence, not only is criminalising the practice ridiculous but, given the enormous problems facing society, it is also waste of precious time and resources.6

When asked whether he was happy for the State to ban a “non-negotiable aspect of Jewish identity”, Evans replied that he didn’t accept that religion was fixed and couldn’t be changed. Remarkably, he argued that circumcision “is not a theological issue at all”. But the assertion that the State should make judgements about what Jews should believe about circumcision is absurd. It also flies in the face of his earlier statement that “you have a right to your beliefs”. Moreover, once such a principle is accepted, no religion will be free to hold to their beliefs, as they will always be subject to government intervention.

Evans was then asked whether he thinks that “parents should be free to rear and educate their children to embrace their parents’ and family’s beliefs and values and morality.” He replied, “Absolutely” but then added, “I don’t necessarily think they have the right to do that via the State”—by which he presumably means state-funded ‘faith schools’. Yet this is exactly what is happening. The presentation of evolution in state schools today ‘as fact’ is effectively teaching Evan’s religion of secularism “via the State”.

Later in the programme, Susan Blackmore was asked “What’s wrong with allowing a religion or a religious group to organise schools, recruiting only people from their faith?” She answered,

“What’s wrong with that is that it doesn’t give the children a true opportunity to learn to think for themselves and I think that one of the main purposes of education is to give children skills and that includes critical thinking, comparing different ideas and so on. So if they’re brought up entirely in a faith school in which they are taught the articles of that faith and … particularly when it comes to creationism then we have a real problem.”

However, it is really the secular state schools that are failing to “give the children a true opportunity to learn to think for themselves”. (And, in fact, some Christian parents do teach their children about evolution.) Teachers in some British state schools who know the weaknesses of evolution theory take a risk if they even hint to the pupils that there is just no evidence that natural processes can turn ‘molecules into men’.

For many years Professor Antony Flew was one of the leading atheist thinkers of the 20th century, perhaps even the leading atheist. However, later in life he investigated the scientific issues relating to the origin of life and concluded that life must have had an intelligent designer. He said,

“It now seems to me that the findings of more than fifty years of DNA research have provided materials for a new and enormously powerful argument to design …. What I think the DNA material has done is that it has shown, by the almost unbelievable complexity of the arrangements which are needed to produce life, that intelligence must have been involved in getting these extraordinarily diverse elements to work together.”7

However, if a teacher in a state school were to explain Flew’s reasoning to pupils in a science class he/she might lose their job.

In 2016, Dame Louise Casey, who recently railed against Catholic schools for being “homophobic and anti-gay marriage”,8 authored a UK government report, A review into opportunity and integration. In this she gave a remarkable definition of extremism:

“Extremism is a subjective concept, defined in a number of ways. It is generally taken to mean the holding of an extreme view or taking an extreme action, usually associated with a political or religious ideology, which is at odds with the views of mainstream society. Extremist views will often be seen as uncompromising or intolerant, while extremist actions (or tactics) can be violent and non-violent.”9

So according to Casey, holding a view which is at odds with mainstream society, even if non-violent, could be deemed ‘extremism’. Based on this definition, I would suggest that Stephan Evans, in arguing for the criminalisation of circumcision (a position many disagree with), should be regarded as an extremist. Similarly, when teachers are threatened with the sack simply for informing pupils of different views about origins, this is extremism too.

When considering the absurdity of these attacks on faith communities it is easy to become angry. However, we must remember the words of Jesus and be quick to “turn the other cheek” (Matthew 5:39) and pray for those who persecute us (Matthew 6:44). At the same time, we must be “as shrewd as snakes” (Matthew 10:16) and ensure that we are equipped with the facts so that we can argue effectively for the truth.

Refuting the New Atheists
US $8.00
DVD 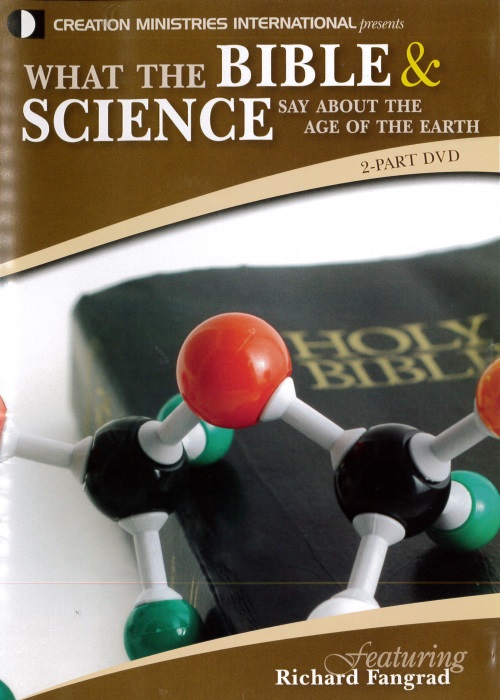 What the Bible & Science Say About the Age of the Earth
US $5.00
MP4 Video