Some look to saviours from outer space

We previously reported the antics of Paul Hellyer, a former Canadian minister of defence in Pierre Trudeau’s cabinet (Creation magazine 28:4, p.35), and his belief in UFOs. He received a standing ovation during a speech to university students when he said:

‘UFOs, are as real as the airplanes that fly over your head. … I’m so concerned about what the consequences might be of starting an intergalactic war, that I just think I had to say something.’1

He was advocating ‘exopolitics’—that humans should publicly open dialogue with extraterrestrials, who, he believes, have been visiting us for millennia.

Hellyer is a UFO ‘true believer’ and is convinced that events like ‘The Roswell Incident’ in 1947 represent real proof that beings from another planet have visited Earth. As such, he extrapolates that governments must know more than they are letting on.

As bizarre and unbelievable as UFO beliefs are to some, 2007 represents the 60th anniversary of ‘The Roswell Incident’. So, expect a rehash of the well-worn claims that a flying saucer crashed on a New Mexico ranch, and that the US government whisked away wreckage and alien bodies to secret military installations. No doubt the media will take full advantage of this by broadcasting documentaries featuring UFO experts who agree with the likes of Hellyer. We need to be prepared with answers.

There have been numerous investigations into Roswell, including one arranged by another UFO-believing politician. US Congressman Steven Schiff asked the fully independent GAO (the General Accounting Office is the investigative arm of the US Congress) to revisit the claims (the report is freely available online). In addition, any ordinary person can access the US Government’s archives under the FOIA (Freedom of Information Act) to discover that the events at Roswell were of a more benign nature. Nonetheless, the facts won’t deter thousands of people descending on the town of Roswell in July to commemorate the ‘crash landing’.

Let’s all jump on the bandwagon

It seems that it is difficult to keep a ‘good ET’ down, and Hellyer is only repeating the messages that the so-called alien visitors have been spreading themselves. Since the rash of modern UFO sightings and alleged contacts began almost 70 years ago, supernatural entities masquerading as aliens have been delivering warm and fuzzy messages to those with a willing ear to hear. In the 1950s and ’60s they were going to save us from nuclear annihilation. After this, the focus turned to the environment. In the ’70s it was pollution. In the ’80s they were going to fix the holes in our ozone layer and now it appears that global warming is on the agenda. By perpetuating these themes, fallen angels are able to deceive people into thinking their intentions are benevolent when, in fact, they are really malevolent. Even secular Harvard researcher Professor Richard McNally noted:

‘Abductees also believe in their experiences so deeply that they display real stress symptoms similar to those of traumatized battlefield veterans.’2

Being a former government minister many might think that Hellyer’s claims have some credence. However, he is yet to provide any evidence to back up his claims. His way-out beliefs only seem to make sensational headlines because he was a cabinet minister—especially when, in 2005, he claimed to have seen a UFO. An Ottawa newspaper reports that Hellyer:

And Hellyer confirms this by saying:

‘I would like to see what (alien) technology there might be that could eliminate the burning of fossil fuels within a generation ... that could be a way to save our planet.’3

It seems incredible that a respected public figure (he was obviously voted into office at some stage), could so readily believe that aliens must exist, despite there not being a shred of undisputed evidence of their visitations. But Hellyer is an ‘experiencer’ and for those who have been subjected to UFO encounters, it often becomes a life-changing experience.

It’s an issue of origins

There are three major factors at work that create such rampant beliefs in extraterrestrial life.

Point 3 is the real key in understanding this phenomenon. Yes, there are thousands of sightings and strange experiences that are difficult to explain—unless you are wearing ‘spiritual glasses’—that is, using the Bible as a filter. Once again, what one thinks about origins will shape one’s worldview, and thus, evolution becomes a religious belief. Other sentient life in the universe is expanded as part of that belief system—it is the ‘pre-belief’ based on evolution that fires up the imagination.

Politician Hellyer’s experience is not isolated. There have been several well-known identities that have had the ‘UFO experience’. Take former US President Jimmy Carter who, although, claiming to be a born-again Christian said:

‘It was the darndest thing I’ve ever seen. It was big, it changed colors and it was about the size of the moon. We watched it for ten minutes, but none of us could figure out what it was. One thing’s for sure, I’ll never make fun of people who say they’ve seen unidentified flying objects in the sky. If I become president, I’ll make every piece of information this country has about UFO sightings available to the public and the scientists. I am convinced that UFOs exist because I’ve seen one ... .’4 (Emphasis mine).

There’s nothing new under the sun (Ecclesiastes 1:9)

Such is the nature of deception. To be more believable ‘it’ adapts itself to fit in with contemporary cultural beliefs. Strange flying objects and apparitions have been recorded in historical records for hundreds of years. For example, North American Indians have legends of flying canoes and multiple sightings appeared as airships in the late 1800s. From the 1940s onwards they have often appeared as shiny silver craft to appeal to a more rocket-savvy culture. These days one would doubt their own sanity if they saw flying canoes. 2 Thessalonians 2:9–11 warns us:

‘The coming of the lawless one is by the activity of Satan with all power and false signs and wonders, and with all wicked deception for those who are perishing, because they refused to love the truth and so be saved. Therefore God sends them a strong delusion, so that they may believe what is false.’

The appeal to the senses can be overpowering for the experiencer, who is led to believe that they have been subjected to an overwhelming revelatory truth.

Because most people have abandoned the belief that there is a spiritual dimension to our universe and their existence, they solely rely on their physical senses. The appeal to the senses can be overpowering for the experiencer, who is led to believe that they have been subjected to an overwhelming revelatory truth. This is why people like Paul Hellyer and Jimmy Carter have become ‘true believers’. It is also why Christians caught up in the phenomenon have tried to fit a UFO or two into the Bible (see Did God create life on other planets?).

Scripture helps us explain such seeming mysteries. And it tells us that the very first deception occurred with Adam and Eve back when the world was new. They were led astray by an evil angel masquerading as something he wasn’t. It’s still the same age-old battle that is occurring today. The purpose of deception is to create doubt in the truth that God has given us (‘did God really say …’, etc?). 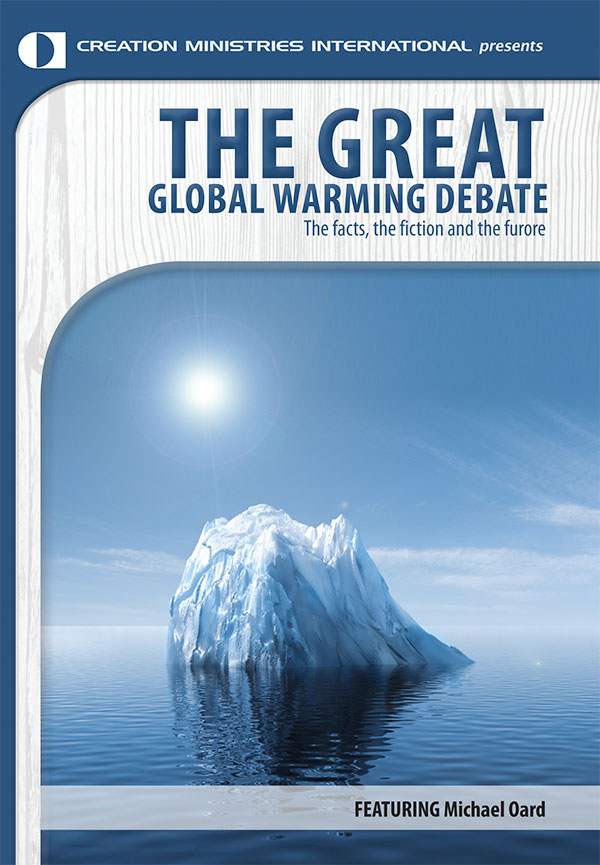