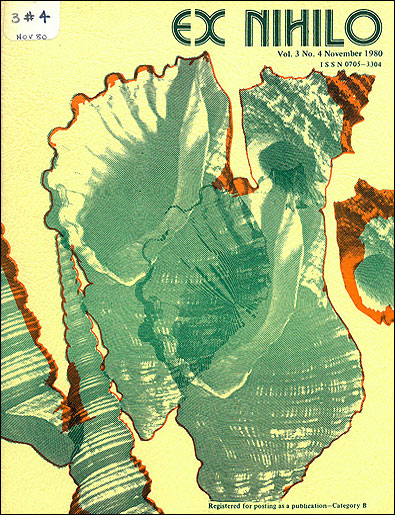 How do animals become resistant to poisons?

Did you know that many Australian flies are just plain thick? This is not a reflection on the human population of the continent, but a statement of fact. Actually, it is the soles of their feet (the flies that is) that are thick. This is a major reason why many of the flies are still alive in these days of contact sprays.

It is no benefit to be a thin-skinned fly at the moment. The poison residues simply soak quickly through their skin and ‘Presto! Louie the Fly is dead!’ For those flies with a thick sole of resistant epidermis, the poison has further to go and often doesn’t make it-Louie the Fly is alive and well!

Actually this is not a case of immunity in the normal sense, but it does illustrate that there are ways of resisting poisoning that are not simply related to an ability to neutralize the poison. Since few flies do enough walking to gain corns on their feet, the fat foot syndrome is an inherited tendency. Now if we consider the problems we have in dealing with such well-soled flies, an interesting fact emerges. When we start to spray there are both thick-skinned and thin-skinned flies, therefore the more we use contact sprays the more thin-skinned flies we kill. The more thin-skinned flies eliminated, the quicker the population becomes fat footed since only these can survive the spraying. When the population consists of thick soled flies, contact sprays cease to be useful. In fact it is entirely possible that several generations from now, not even the privileged child will have ever seen a thin-skinned fly.

But to be serious, there are definitely some cases in which it appears insects or animals seem to evolve an ability, such as DDT resistance, and pass it on to their offspring.

Over the last 50 years 400 species of insect, 50 species of fungus and several species of weeds have become resistant to poisons which previously ‘killed them’. Unfortunately, in areas which have been sprayed to kill malaria mosquitos, up to 43 species of mosquito are now immune to pesticides.

How have they done it? The answer is the opposite to what one might expect. Their ‘new’ resistance has not usually come by gaining anything at all, but by losing it.

A tremendous amount of experimentation has been done in an attempt to make wheat rust fungus. Using their belief in evolution, i.e. things can change for the better by random mutations, researchers have radiated millions of wheat seeds to make them mutate. The seeds were planted out and then their adult plants tested for improved rust resistance.

In one case, a plant was grown which in the adult stage was resistant to all known forms of rust. This plant however, also produced little chlorophyll so it was yellow-green and weak. It grew spindly and slowly. While research such as this continues, many biologists have lost their initial optimism. They have taken to hunting down wild wheat which is naturally rust resistant, and trying to crossbreed it into commercial crops. Many point to bacteria as a classic example of a group which have evolved drug resistance. Let us consider:

Staphylococcus aureus-that nasty little bacteria which gives you boils in hospital. Staph has become a serious problem. Once it was easily controlled by a shot of penicillin, but not any more.

Penicillin, a chemical extracted from a fungus, acts on the ‘body builders!’ in many bacterial cells. After exposure to penicillin, many bacteria cannot produce murein, a substance used in making and repairing the cell wall of a bacteria. This cell wall is the bacteria’s defense. Without a cell wall, water soaks into the bacteria too fast, and it bursts. Without a cell wall, the bacteria’s normal means of reproduction-splitting in two-cannot be achieved. For all intents and purposes, a bacteria exposed to penicillin is rendered dead or harmless, or at least they used to be.

Experiments in suitable growing conditions have shown that occasionally bacteria lose their cell wall and produce a mutant or degenerate L form. These L forms are less tolerant to change than the normal form and can only function under certain conditions. Compared to the normal bacteria, they are misshapen and have poor tolerance against attack. Except, that is, against attack from penicillin! Having no cell walls, it is of little concern to them if penicillin is present or not. These forms reproduce more slowly than normal bacteria and are therefore usually less of a threat to health than other types of bacteria, but the point to be made is that they cannot normally be treated with penicillin. Some naturally observed bacteria are also without cell walls and a few of them are very dangerous to man. The pneumonia-like, wall-less bacteria contains some real pasties. Without a cell wall penicillin is of little significance to most of these organisms. It would seem likely that these pneumonia-like organisms are descendants of other bacteria that have lost the ability to make a cell wall. They are degenerate forms and their disease producing relationship to man is a degenerate relationship. Their penicillin resistance is not something they gained in the genetic sense, but something they have (in some cases) because of what they have lost.

Sometimes these type of bacteria suffer a degenerate mutation to the switch mechanism and will sometimes begin to produce penicillinase without being exposed to the drug penicillin. It is of interest to note that such mutant bacteria have a much slower rate of growth than normal despite their fantastic output of penicillin protector.

How did we kill staph at first with penicillin? Easy. We simply killed off the ones that were not very good at making penicillinase, leaving behind the ones that are good at it.

Sulfonamide resistance is one interesting case where the actual way in which drug resistance is achieved by a bacteria as a result of a mutation. The chemical poison sulfonamide-a sulfur nitrogen compound-inhibits bacterial growth by preventing the formation of folic acid, a chemical which the bacteria needs.

Folic acid production is stopped because the sulfonamide is very similar to a natural component of folic acid, a substance called paramino benzoic acid (PABA for short). As the enzymes wander through the bacteria looking for PABA, they pick up sulfonamide instead and folic acid production gets all messed up. Those bacteria which are resistant, possess a mutant enzyme in which the length and charge distribution is altered. The enzyme is less efficient, but because of its altered shape, sulfonamide no longer fits, and so the bacteria is resistant. Such an enzyme, unfortunately for the bacteria, often increases its susceptibility to attack by other chemicals. The point to note, however is that the exposure to sulfonamide does not produce the mutation. Either the bacteria is deficient in enzyme production before the exposure, or it dies.

It is of interest to note that some of these ‘mutant’ forms revert to the normal forms when the poisons are removed. In the absence of a poison the mutant forms are no competition for the normal forms, with respect to speed of growth and rate of reproduction.

It would appear that the flies and bacteria have got us beaten. Repeated investigation has demonstrated that regardless of the poison we pick (i.e. ones that will kill them and not us) a percentage appear to be resistant before we start. Therefore all we are achieving is to kill those that are not resistant and leave behind a nucleus of a population to breed only resistant organisms and start the war again. Of course we can start with a new poison, but to keep on in this fashion is to produce a breed of super bugs-in the case of flies resistant to anything except the fly swat.

One research group has discovered a very enjoyable way to overcome this problem. The method is based on the observation that whatever else boy flies are resistant to, they cannot resist little girl flies, and they also cannot resist a light. These flies mate once and then die.

By placing a light in a field at night, the boy flies fly in, and as they pass near the light they are unknowingly shot in the reproductives by invisible radiation and sterilized. These sterilized males fly away and find a female.

They mate and die happy.

The female lays her eggs and she dies happy.

The eggs die and we are happy.

So all around this is the happiest bit of scientific research to come to light for a long time. Of course, if flies go blind we end up back in the dark with them.

Now the real point of these illustrations is to show that things just do not gain immunity from a chance filled nowhere. Immunity does not evolve. If the correct immunity response is not present in the genes of a population before it is exposed, it will not be present after exposure.

Genes do not evolve new information. They remain stable in their function or they degenerate and go through various steps of loss of efficiency which are increasingly detrimental to the organism.