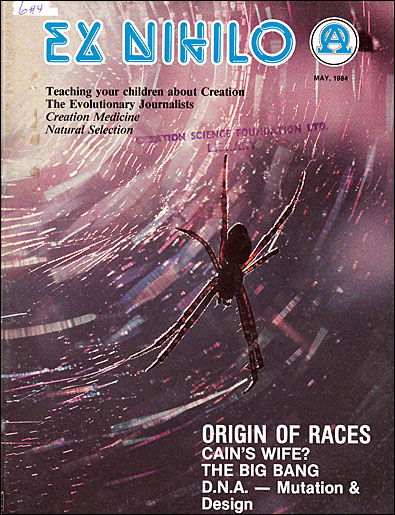 In Brief—DNA mutation and design

The living cell is a marvellous, complex piece of machinery. It contains energy converters (mitochondria), production factories (golgi bodies), and the ability to repair or duplicate itself. It also contains an information storage library within a substance called DNA (deoxyribonucleic). This DNA contains the information which is passed on to future generations. In human beings there are 23 pairs of DNA (or 46 chromosomes). Modern research has discovered the location of certain genes for very specific functions, for example the ABO blood group antigenes have been found on number 9 chromosome. The DNA present in a single cell, if it were unravelled, would be about two metres long. In an adult human being, if the number of cells is round about 1013, then the total length of DNA would extend from the earth to the sun 100 times. Yet this DNA is tightly packed inside the chromosomes of each cell.

The DNA in the chromosomes is incredibly complex, yet it can be subject to accidental alterations or mutations. Experiments have shown that the system reproduces itself so accurately, that in bacteria at least, only one error occurs in every 10,000 times the cells divide. Evolution theory claims that these mutations are the backbone of change with time. However observations of presently occurring mutations indicate that this cannot be so. To take one example, haemoglobin (that’s a molecule found in blood) has over 300 known mutants, yet not one has turned out to be helpful for human survival. This includes the haemoglobin mutation associated with sickle cell anemia. Despite the fact that sickle cell anemia sufferers are more resistant to malaria, they are also subject to ‘growth impairment, susceptibility to infection, and chronic organ damage due to repeated vaso-occlusive episodes’.

No known mechanism of mutation, either at the gene level or the chromosome level has been discovered which will produce evolutionary advancement. This is particularly so because all molecules involved in replication (DNA, RNA, protein) are interdependent with each other, and do not function in isolation. In other words the cell and its genetic contents, give the appearance of having been an initially created complex unit ready to work. That is why any subsequent random mutational changes to it have been and are observed to be deletarious. For an in-depth coverage of this topic, see the technical article in this issue.