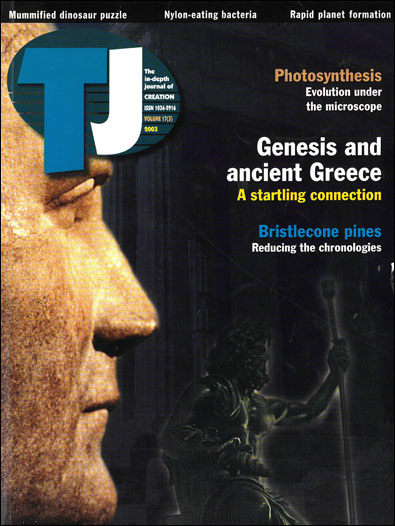 Is the wind beginning to shift against the big bang?

The prestigious Proceedings of the National Academy of Sciences has published a revolutionary paper1 which (probably unwittingly) gives powerful support to the basic principles of Dr Russell Humphreys’ creationist cosmology.

Humphreys’ proposal, which sought to solve the ‘light-travel-time’ problem, is set out in the popular-level (with technical appendix) book Starlight and Time.2 Because it starts with different assumptions from the standard ‘big bang’ notion, applying the same mathematical ‘machinery’ provides startlingly different conclusions. Now the establishment seems prepared to consider that the foundational beliefs of big bang thinking may be radically wrong.

The standard assumption upon which big bang thinking is built (an assumption is a belief for which there is no proof either way) is that the universe does not have a center or an edge. Smoller and Temple’s paper assumes the opposite, just as does Humphreys in Starlight and Time. And just as Humphreys’ model has the universe expanding out of a white hole (a black hole running in reverse) so too does their paper!

In their model, the event horizon (the hypothetical boundary around a black or white hole at which time slows down dramatically) is still ‘out there’, whereas Humphreys has it touching the earth during Creation Week. So the Smoller-Temple paper is not concerned with time dilation.

In a number of other areas, too, the Smoller-Temple paper gets into issues that Humphreys has already published on in the creationist literature. For instance, their consideration of the shock waves in such an expanding cosmos was raised by Humphreys as a possible explanation of the ‘concentric shells’ distribution of the galaxies. (This is powerful evidence that there is indeed a center (and hence an edge) to the universe, and, more than that, it indicates that our galaxy must be somewhere near that center.3) 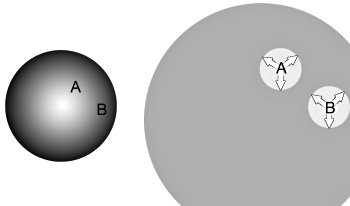 Physicist Dr John Hartnett has written4 of his conviction that 1994, the date of publication of Humphreys’ cosmology, will go down as a momentous time in the history of the creationist movement. Critically examining the foundational assumptions of big bang thinking and introducing the notion of relativistic time dilation was, he believes, crucial to launching an exciting new era of creationist cosmologies and models which overcome the light-travel time problem (a problem which big-bangers also have, incidentally—the so-called ‘horizon problem’5).6

All this is exciting news indeed, and a strong vindication of the direction of Humphreys’ cosmology. But it also has powerful implications for the ‘progressive creationist’ compromises that have seemed so beguiling to many evangelical thinkers. In such views, most prominently represented by Dr Hugh Ross of the Reasons to Believe ministry, big bang cosmology, with its philosophical assumptions, is foundational and crucial. The very fact that such a prestigious establishment journal now publishes such a major departure from (and challenge to) these very assumptions should be incredibly sobering for those who have been prepared to depart from the obvious and straightforward words of the Bible to bow to establishment thinking on the big bang and its billions of years. Russell Humphreys has commented on this issue as follows:

‘Dr. Ross has (a) founded his theology on the big bang theory, (b) made a career of criticizing my “white-hole” cosmology, and (c) always shifted his course to conform to the latest winds of doctrine from the cosmology establishment. Now that those winds have (at least temporarily) veered toward a creationist view, will he now change his course?’7

The purpose is, of course, not any sort of personal critique, but a highlighting of the principles involved. Science keeps on changing. If we marry our interpretation of God’s Word to today’s science, we will be out of step tomorrow; ‘but the word of the Lord stands forever’ (1 Peter 1:25).