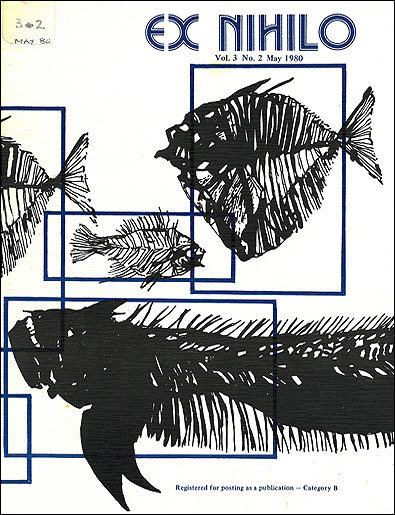 Jacques Monod was noted for his contributions not only in his field of molecular biology, but also in philosophy. He was a close friend of the French philosopher, Albert Camus. Monod’s book, Chance and Necessity, published in 1970, concludes with these words:

… man at last knows that he is alone in the unfeeling immensity of the universe, out of which he emerged only by chance. Neither his destiny nor his duty have been written down. The kingdom above or the darkness below: it is for him to choose.

With Francois Jacob, Monod did much to elucidate the way in which genes regulate cell metabolism by directing the biosynthesis of enzymes. With Jacob and Andrew Lwoff, Monod was awarded the Nobel Prize for Medicine or Physiology in 1965.

Jacques Monod died in mid-1976, aged 66. On 10 June 1976, the Australian Broadcasting Commission Science Unit broadcast a tribute to Monod which was entitled ‘The Secret of Life.’ The program concluded with an interview between Monod and one Laurie John in which, according to ABC compere Robyn Williams [himself an atheist and fanatical anti-creationist—Ed.], Monod talked about his belief ‘that life and evolution are without an ultimate purpose.’ His words should be pondered by those who wish to reconcile a belief in evolution with faith in God:

Monod: If we believe in a Creator—if we feel the need for this belief—it is basically for moral reasons, in order to see a goal for our own lives. And why would God have to have chosen this extremely complex and difficult mechanism when, I would say by definition, he was at liberty to choose other mechanisms, why would he have to start with simple molecules? Why not create man right away, as of course classical religions believed?

John: But then why do you suppose that theology should be automatically as simple as possible when you admit that science is becoming more and more complicated? Perhaps we don’t know why God just didn’t simply say, ‘There’s man’. But there may be reasons.

Monod: I just don’t see the reasons, and no theologian has given me, yet, a good answer to that question. And here again we come to what is really an ethical attitude. Retreating into the mystery that cannot be approached is, from the point of view of science, unethical. Our duty as scientists is to consider that there is no mystery that is by definition impenetrable to analysis. Scientists are well-accustomed to the general problem of analyzing something that they cannot see. This is what we call the ‘black box.’ And in fact this is how physicists have worked on atoms, because they never saw an atom—nobody has ever seen an atom. And similarly, there were entities called ‘genes’ that nobody could see, nobody knew what they were made of and still we could deduce a great many properties of these entities from experiments. Now, if we wanted to try to build what I would call, scientifically, a meaningful image of God, we would have to assume a certain number of finite, precise properties; we would, of course, agree that these properties could never be verified directly, but at least some of the consequences of these properties would be predictable. As I see it, the modern (or modernized) concept of God has none of these properties. The concept is assigned no definition clear or precise enough to make it amenable to experiments, to observation, which is, of course, a fundamental alteration in the minds of religious people. This is not the classical concept of God.

John: Could I go back to the question of creation? As I understand your point of view, and as it has been put to me, traditionally Christians have said, ‘God created the world at the beginning; God at a certain stage created life; God was at many points involved’ Then science came along and said, ‘No, we can give you a determinist account of how the universe was created, and how life came into being, entirely by scientific laws; we have no need of the hypothesis of a theistic creator.’

Now, am I right in thinking that you have taken that one stage further, and said, ‘No, it isn’t in fact a determinist system; it is even more difficult to imagine God because of the elements of randomness that occur at many points in this story, and in fact, that are the whole thread holding the story together? God couldn’t have decided in the beginning to use this mechanism to create man because he couldn’t have predicted at the beginning that man would emerge from it (emphasis added).

Monod: You are quite right. The advent of man was completely unpredictable, until it actually happened.

John: So in other words, we would need a more sophisticated account of creation. I wonder if I could take one sentence from your book and see how you would regard it as an attempt at a more sophisticated account of the Creator. You point to two factors in the emergence of higher and higher forms of life: one is randomness, mutations; the other is natural selection. And what you say is that randomness is the nourishment which natural selection uses. And you say it is not to chance. but to these conditions—namely, of what is to be selected—that evolution owes its generally progressive course, and steady development which it seems to suggest. In other words, one could conceive of God using randomness, just so long as there was the pattern which he was imposing upon the results of the chance mutations.

Monod: If you want to assume that, then I have no dispute with it, except one (which is not a scientific dispute, but a moral one). Namely, selection is the blindest, and most cruel way of evolving new species, and more and more complex and refined organisms … .

Monod: The more cruel because it is a process of elimination, of destruction. The struggle for life and elimination of the weakest is a horrible process, against which our whole modern ethics revolts. An ideal society is a non-selective society, is one where the weak is protected; which is exactly the reverse of the so-called natural law. I am surprised that a Christian would defend the idea that this is the process which God more or less set up in order to have evolution (emphasis added).