Morality and Salvation minus History equals Ignorance and Unbelief

Smiling broadly, the middle-aged gentleman extended his hand and shook mine warmly. So I was somewhat taken aback when he said: “I disagree with just about everything you’ve said today.”

This was immediately following my CMI presentation1 at his church. As we sat down to talk, it soon became clear that this gentleman, Alfred,2 had a problem with my emphasizing that the Bible can be trusted as an accurate account of history.

“The Bible is a book about morality and salvation, it’s not a history book,” he said, going on to relate his view of what Jesus and Christianity is all about. He didn’t seem to be anchoring any of what he said about Jesus to what is written in the Bible—in fact, even contradicting aspects of Jesus’ teaching. Just then, a lady from the congregation, whom Alfred introduced as his friend Glynis3, came and asked if I could respond to some questions. She commenced, “I’ve seen all those pictures of Noah’s Ark in children’s books, where there’s not even enough room for the giraffes’ necks inside the Ark. So how could Noah fit in the dinosaurs and all the other animals?”

I replied that the children’s book drawings do not portray the Ark’s true dimensions as God described them to Noah—140 metres long, 23 metres wide, 13.5 metres high, with three decks.

Alfred interjected, “That’s only if you read the Bible a certain way.” But Glynis was apparently satisfied with my answer, for she continued: “I’ve another question that really confuses me. Adam and Eve’s children, Cain … who did they marry?”

I asked Glynis why Adam had named his wife “Eve”. Glynis didn’t know, but Alfred piped up, “It says in Genesis that it was ‘because she would become the mother of all the living’. But that’s only if you interpret it the way he [pointing to me] does.”

The Bible does not contradict itself, when you read it as actual history, which is what it is.

“You are correct,” I said, “it actually says in Deuteronomy 27:22 that a man is cursed if he marries his sister—even his half-sister. Tell me, who was Abraham’s wife?”

“Sarah”, replied Glynis correctly, but then could not answer my question as to whether Sarah was directly related to Abraham in some way (apart from by their marriage, of course). Alfred helpfully chipped in, “Sarah was Abraham’s half-sister.”4

“So was Abraham cursed … or blessed?” I asked.

Alfred was jubilant. “See!” he said, “The Bible contradicts itself—if you read it that way. But it’s not actual history, therefore there’s no problem.”

“Actually,” I countered, “it is actual history, therefore there’s no problem. Because when God gave the instructions in Leviticus and Deuteronomy forbidding marriage between close relatives, to whom was He speaking?’

‘So when did Abraham live—before Moses, or after?’ I asked.

‘It all makes so much sense,’ she wondered, as many do upon hearing this for the first time. ‘Why hadn’t I heard it before?’

Alfred remained silent, but Glynis evidently could see where this was leading. “Was it before?” she asked, with rising excitement. “Sure was,” I replied, “so the commandments in Leviticus and Deuteronomy did not apply to Abraham (nor to anyone else prior to Moses), so there was no problem morally with brother-sister marriage pre-Moses.”

The Bible does not contradict itself when you read it as actual history, which is what it is.

In view of Alfred’s dismissive view of a straightforward reading of the Bible, I took the opportunity at this point to say that it was precisely because of the denial of the historicity of the biblical account in some church circles that people like Glynis have these unanswered questions (their ignorance of the existence of answers being no fault of their own, in my opinion). Worse still, many people have even left the church; their doubts about the Bible logically leading down the slippery slide to unbelief:5

Thankfully Glynis, despite not knowing how to answer these questions, had held on to her faith. And a good thing too, because, as I explained further to her and Alfred, there are answers to Glynis’s questions. E.g. an entire chapter (#8) of The Creation Answers Book is devoted to the “Cain’s wife” question, showing how, not just morally but biologically, too, there was no problem with Adam and Eve’s offspring marrying siblings. And chapters 13 and 19 in that book further answer Glynis’s questions about Noah’s Ark, showing there was plenty of room for all the animals including dinosaurs, which did not need to be fully grown when taken aboard.

Glynis was clearly excited at all this. As she stood up to head for the resource tables to purchase the book for herself, she said, “It all makes so much sense,” and wondered, as many do upon hearing this for the first time, “Why hadn’t I heard it before?”

In my view, one reason is that many churches have retreated to the ‘Bible-is-a-book-about-morality-and-salvation’ position, naively thinking that deemphasizing history would avoid the problem of being seen to contradict the publicly dominant evolutionary paradigm. But espousing that view in churches and Bible colleges has, as mentioned above, resulted in widespread ignorance at best; and at worst, tragically, unbelief.

Restoring history—a key to removing ignorance, and pulling back from unbelief?

Glynis’s excitement at having her key questions about Genesis and her doubts about the Bible addressed is a nice example of how restoring history to the equation can turn things around.

But what about Alfred? As he and I talked further, I became even more of the opinion that Alfred’s views weren’t much different from rank unbelief. When I challenged him about whether he believed that Jesus’ words were true, e.g. that at the beginning of creation God made them male and female (Matthew 19:4, Mark 10:6) rather than billions of years after some mooted ‘big bang’ beginning, Alfred kept to his earlier vague line that “It depends how you read it.” He gave a similar answer when I asked him whether Jesus really did die and was really raised from the dead.

It seems that Alfred had been strongly influenced by the liberal theologians the secular media are often happy to cite. E.g. an Australian newspaper reported that the founder of the Canadian Centre for Progressive Christianity, Ms Gretta Vosper, “says the Bible is a human construct and the virgin birth and bodily resurrection did not physically take place.”6

And how did Ms Vosper come to formulate that view? She said that studying “contemporary scholarship” at theological college exposed her to liberal thinking about Christianity. “During that three years I came to learn the Bible was a human construction and when I came out I had a very different understanding of faith.”

I must admit that as Alfred and I parted, I was pessimistic about whether there could be any positive change in his outlook. But I recently had word from Alfred’s pastor, excited that Alfred had recently viewed the CMI DVD Darwin: The Voyage that Shook the World, and that Alfred had begun asking deeper questions about Scripture and its incompatibility with evolution. Looks like Alfred is beginning to consider the Bible as actual history. I reckon there’s hope yet. 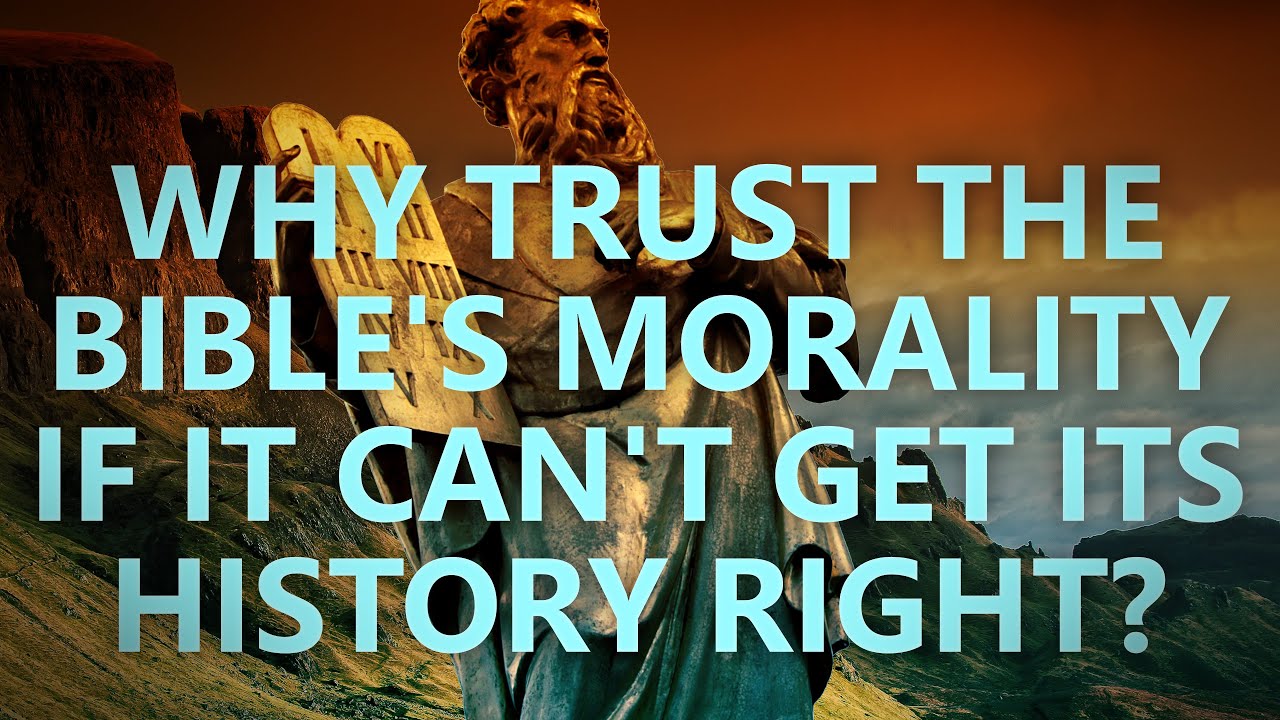