The teeth of the Patriarchs

The patriarchs named in the Bible as existing before the Flood lived to very long ages—some 900 or so years. So it has been asked—how could their teeth have lasted and remained functional throughout that time?

Of course, we don’t know with absolute certainty that they did in fact keep their teeth throughout those long lives. However, even in low-tech cultures today, one sees that people who look after their teeth reasonably well can keep them in fairly good condition for at least the majority of their life. And given that the design of the body as expressed in the genetics of the preFlood world was suited for a lifespan of 600–900 years1, it would be surprising if their teeth were designed to last for only the first 10% or so of their lifetimes.

Tooth decay can be considered, but it is not something that just inevitably progresses with age—it depends on things like diet and dental hygiene. Most of us would know of youngsters with badly decayed teeth, and very elderly people with a near-perfect set of choppers.

The main thing at issue is the capacity of the teeth to withstand the normal ‘wear and tear’ of grinding and chewing food. Regardless of how well they cleaned their teeth, and how optimal their diet was, would the tooth structure not simply wear out over such vast timespans? The question is worth exploring, even though the biblical account of preFlood longevity would not be particularly threatened if we failed to come up with a good answer. But it is of at least passing interest to find out whether they could have kept their teeth for several hundred years.

Even in low-tech cultures today, one sees that people who look after their teeth reasonably well can keep them in fairly good condition for at least the majority of their life.

We can fairly assume, for simplicity, good dental hygiene and a good diet requiring a lot of chewing (as opposed to our modern diet), but not such a harsh existence that their food was mixed with significant dirt/sand, etc. which would greatly increase wear. (This may have become the norm in the harsh post-Flood period, of course, as shown in many ‘cave-man’ teeth.)

The main tooth material is the yellowish dentin (elephant ivory is pure dentin, for instance) coated by the substantially harder2 glassy-whitish enamel. It appears that secondary dentin can keep growing throughout life. However, the cells that make enamel are believed to stop producing it once the tooth is fully formed. The average rate of attrition (wearing down) of enamel thickness today is about 8 thousandths of a millimetre per year. So given the known thickness of human enamel today (a maximum of about 2.5 mm, and not evenly thick all the way around) that means in about 200–300 years at that rate, they would have exhausted their enamel thickness.

However, it is apparently a misconception that enamel wear is mostly from chewing—in fact, during chewing, the tooth surfaces do not touch much. Being as hard as they are, straightout “wear” is less of a problem than cracking/microcracking of the enamel (the hardest substance in the body). This is why the brittleness of the enamel needs to be compensated for by the dentin acting as a cushion.

Enamel has further amazing design features to help prevent cracking under normal usage. Despite being very brittle, it usually remains crack-free throughout our lives. In glass, once even a tiny crack starts, it propagates through the material. But recent research has shown how enamel has a number of features that prevent crack propagation. This includes tufts, which are crack-like ‘defects’ where the enamel joins the dentine that arise during tooth development. They become the starting point for cracks, but they are deep within the tooth, so protected from decay. And the crack stabilizes because of ‘stress shielding’ from neighbouring tufts.

Another crack-resistant feature is the arrangement of the rods, the basic units of enamel, which form a ‘basket weave’ microstructure. There is also a ‘self-healing’ process whereby organic material fills cracks, gluing the crack walls and preventing further expansion of the crack.3

In short, factors other than normal chewing are the main causes of enamel wear today. These include bruxism (the sort of tooth grinding that occurs when people are under stress), the bacteria that cause enamel decay, and acids in foodstuffs, the latter two obviously associated with diet.

Even brushing itself, despite its benefits, can contribute to enamel wear. All the factors listed have links to our modern way of life, which may explain the existence of indigenous cultures with surprisingly good dental health in old age.

If we assume, then, that the preFlood world had substantially less of those ‘lifestyle contributors’ to enamel wear, this may well have been able to make the 2–3-fold difference in enamel attrition rate required to bring the range of ‘enamel lasting’ up to the patriarchal lifespans.

Many of the fossils of extinct human types such as Neandertals (definite descendants of Adam) show what are known as taurodont molars. This stands for ‘bull-shaped’ teeth, and these teeth are larger, with larger than normal pulp cavities. Contrary to what one sometimes reads, they are not unique to fossil humans. They are a genetic variant found in a percentage of people today—sometimes, but not always, in association with genetic disorders. This particular trait appears to have been more common in our ancestors.

It has long been believed that such teeth enabled the dentition to better withstand a more abrasive ‘caveman’ diet. Why this should be is not clear, because the dentin and enamel are about the same thickness in taurodont teeth as in other teeth. But it has been speculated that the so-called tertiary or ‘repair’ form of dentin is more readily produced in these teeth. This is manufactured in response to external factors such as tooth decay.

If taurodont teeth are in fact longer-lasting, as widely believed, this raises an interesting possibility. Genetic loss factors after the Flood were a major contributor to the dramatic postFlood decline in lifespans.4 The genes for taurodont teeth may have become less common for reasons linked to this. In fact, creationist orthodontist Jack Cuozzo stated that in his practice he sees a few children with “Neanderthal-like taurodont molars”, and that these children, interestingly, “have a history of longevity in their families”.5 So genetic traits towards living longer may indeed be associated with teeth that last longer.

The notion of healthy teeth at many hundreds of years of age may not be nearly as farfetched as a first glance might have suggested.

Finally, one more intriguing possibility deserves mention. In some creatures, teeth keep replacing themselves throughout life, but humans today normally only have two sets of teeth in their lifetime. However, there seems to be plenty of anecdotal evidence of genuine, though extremely rare, instances of people growing a third set of teeth in their adult years. If so, then while this could possibly be caused by a genetic defect (certain mutations, in control genes, e.g., can give ‘extras’ of some things as abnormalities), it does raise the fascinating possibility that this was part of the gene pool of Adam’s time, and may have been widespread at one time in humanity. If so, then the genes for it could have become switched off or corrupted in later generations.

With all those factors and possibilities, in various possible combinations, the notion of healthy teeth at many hundreds of years of age may not be nearly as farfetched as a first glance might have suggested. 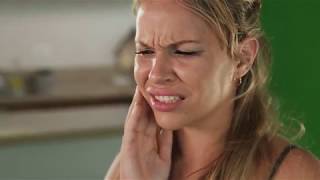 Questions—I have always wanted to ask
by Werner Gitt
US $7.00
Soft Cover

Mitochondrial Eve and the 3 "Daughters of Noah"
US $7.00
DVD
The Mystery of Our Declining Genes
US $10.00
DVD
Genetic Entropy
by Dr John Sanford
US $25.00
Soft Cover
Questions—I have always wanted to ask
by Werner Gitt
US $7.00
Soft Cover