For many a long winter, people in some of the colder and more treeless northern regions of the world have traditionally warmed themselves by fire. Not a fire of crackling logs, but by the ruddy and cheering glow coming from bricks of an earthy, crumbly, chocolate-coloured fuel. This naturally-occurring substance is called peat. It accumulates in vast, uninhabited tracts of open, poorly-drained bog country, from the remains of sphagnum moss and other plants that thrive in the damp environment.

Simple calculation shows that only 4,000 years is needed to accumulate even a 12 metre (40 feet) deep bog.

There are enormous reserves of peat in some countries. Bogs can be up to 12 metres (nearly 40 feet) deep of solid, waterlogged peat, but the usual maximum depth is around 7 metres (23 feet). In some countries the peat is still cut from the ground in brick-shaped pieces and stacked for drying. A peat fire in the hearth has a pleasantly smoky and evocative smell to many people, and is sought after for the subtle flavours it can impart in cooking.1 Commercially, peat is also used in potting mixes, and compressed into hard ‘briquettes’ for use as an easily-transportable and efficient heating fuel.

Bogs in myth and reality

Many people know of bogs only through movies and books, where they are often depicted as eerie places. In his play Macbeth, Shakespeare has three mysterious, dishevelled witches appear on a heath,2 intoning their famously creepy lines “Fair is foul, and foul is fair: Hover through the fog and filthy air.” J.R.R. Tolkien, in The Lord of the Rings, has his three adventurers travel across a very scary marshland bog, where ghostly visages of long-fallen warriors stare up at them from pools of water.

In reality, peat bogs are peaceful and interesting locations, and some people greatly enjoy exploring them. Many types of insect make the bog their home, and the plants growing on the surface are alive with colour. Birds, frogs, and other small animals are commonly found there. Peat bogs can be important archaeological sites, too. Many old relics such as swords and shields have been found in excellent condition in bogs, and preserved human bodies from long ago have been found in them also.3

Once having become aware of peat bogs, and perhaps having benefited from them in some way, it is natural for people to begin to wonder how long the peat has lain there. In seeking an answer, it is important to sort the reality from the myth.

The dating of peat bogs

Some scientists date bogs by estimating the current rate for peat deposition, and extrapolate back through time, based on the depth of peat. One contemporary rate for peat growth often quoted is 1 mm depth of accumulation per year. Such rates are often determined by taking two Carbon 14 dates at different levels in the peat and measuring the distance in between, but there are problems with this method.4 Using such estimates, many secular scientists believe that the oldest peat bogs are around 10,000 years old.5

But scientists who believe that the book of Genesis is history, not myth, understand from the Bible that the global Flood occurred about 4,500 years ago. Peat bogs of today should therefore be around this age, or younger. So does the evidence from the peat really support the secularists’ older age, or does it indicate a younger age in accordance with the biblical timeline?

Peat bogs could have become established at growth rates much faster than we see today.

Where peat grows over an old road or other cultural feature, and the time when the feature is first covered is noted, accurate rates for peat growth can be obtained. Moore6 gives approximately 3 mm per year as a “fair average rate” for the accumulation of old compressed peat, and simple calculation shows that only 4,000 years is needed to accumulate even a 12 metre (40 feet) deep bog, said to be the approximate maximum depth of peat bogs today. This accords with the Bible very well.

Also, an important factor in the dating of bogs is the huge influence of the Ice Age. Secular and creationist scientists agree that peat bogs were established towards the end of this period in Earth’s history. It is known that continually wet conditions greatly increase peat production, and the melting ice would provide just the right conditions for this to occur, especially in areas of poor drainage. Peat bogs could have become established at growth rates much faster than we see today.

We can also look at what is preserved in peat bogs, such as bodies, relics, and even stored butter.7 These can all be given an approximate historical age by archaeologists. This, too, supports the younger biblical reckoning of age rather than the older secular age for peat bogs. There are very few claims of bodies or relics dating any older than biblical ages, and supporting evidence for these old ‘dates’ is meagre.

Wisdom from the past

Since at least Roman times, peat bogs have provided people with fuel to survive cold winters. Ancient wood was dug out of bogs, too, providing much-needed timber in areas where trees were scarce. The famous Downhill Harp in Ireland was carved a few centuries ago from wood that came from a bog. With keen insight the maker has carved the following on the harp:

“In the time of Noah I was green
After his Flood I have not been seen
Until 17 hundred and 02 I was found
by C.R. Kely underground
He raised me up to that degree
Queen of music you may call me.”8

While the wood itself may not have lain in the bog quite so long, it is interesting that the earliest origin of peat bogs goes all the way back to the closing years of the Ice Age, within just a few hundred years of Noah’s Flood. 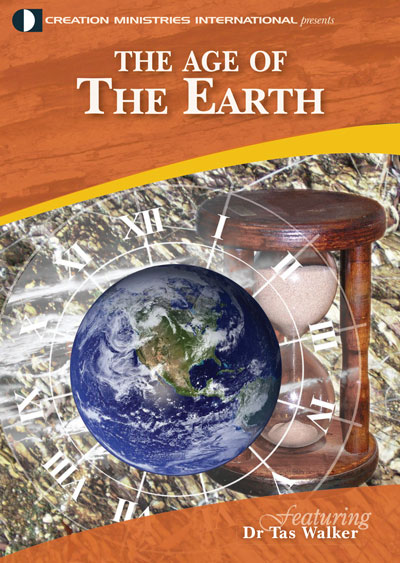