Puzzling over evolution of language

From an evolutionary perspective, our speech and language development remains “one of the longest-standing puzzles of science.”1 Fossils are no help, as “language and linguistic signals do not fossilize.” So, working on the presumption that certain creatures are evolutionarily closer-related to us than others, evolutionists have long hunted for clues of language evolution in “our closest relatives, the great apes.” And specifically, the genus Pan (chimpanzees and bonobos) rather than Pongo (orangutans) or Gorilla, because Pan is presumed to be “the lineage that last diverged from that which ultimately led to humans.”

“ … one of the most fabulous puzzles to have tantalized philosophers, scholars, naturalists, and scientists … ”

Thus it’s the behaviour of chimps and bonobos that is consistently held up as being the key to learning about the evolution of human behaviour and “language precursors”. But a recent review in BioEssays2 of what is currently known about great ape genetics, cognition, ecology, and vocal communication shows that in none of these domains does Pan outperform or overshadow other genera such as Gorilla or Pongo. I.e., “there is no great ape greater than the other.”

So, the authors argue that all the great apes need to be considered if we are to find out more about language evolution, “perhaps one of the most fabulous puzzles to have tantalized philosophers, scholars, naturalists, and scientists.” They contend that every great ape species “will provide unique lost fragments about our own past and history, including about the timeline of the feature that best characterizes us—language.”

But widening the net to include our supposedly more distant evolutionary relatives in hopes of finding lost fragments of our history isn’t going to solve the puzzle. That’s because the history that the researchers have ‘lost’ is actually the Bible, which makes it clear we’re not related to any of the other creatures alive today, nor were any in the past our ancestors. Rather, we were uniquely created in the image of God. He speaks and hears, and gave us the capacity to do the same. Better to heed the words of God than the ‘utterances’ of apes, any day. 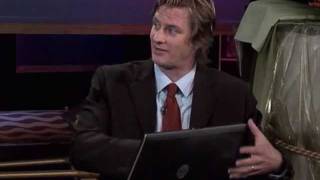 The Tower of Babel and the origin of 'races'