A few years ago, some leading creationist geologists and physicists began a detailed research project into Radioactivity and the Age of The Earth (RATE). This RATE project began as a cooperative venture between the Institute for Creation Research (ICR), the Creation Research Society of USA (CRS) and Creation Ministries International (CMI).1

With the release of key peer-reviewed papers at the 2003 ICC (International Conference on Creationism), it is clear that RATE has made some fantastic progress, with real breakthroughs in this area.

A young age for ‘ancient’ granites

When physicist Dr Russell Humphreys was still at Sandia National Laboratories (he now works full-time for ICR), he and Dr John Baumgardner (still with Los Alamos National Laboratory) were both convinced that they knew the direction in which to look for a definitive answer to the puzzle of why radiometric dating consistently gives ages of millions and billions of years.

When uranium decays to lead, a by-product of this process is the formation of helium, a very light, inert gas, which readily escapes from rock.

Others had tried to find an answer in geological processes—e.g. the pattern was caused by the way the magma was emplaced or how it crystallized. This is indeed the answer in some cases.2,3 But Drs Humphreys and Baumgardner realized that in other cases there were many independent lines of evidence that suggested that huge amounts of radioactive decay had indeed taken place. (These include the variety of elements used in ‘standard’ radioisotope dating, mature uranium radiohalos and fission track dating.) It would be hard to imagine that geologic processes alone could explain all these. Rather, there was likely to be an answer that concerned the nuclear decay processes themselves.

From the eyewitness testimony of God’s Word, the billions of years that such vast amounts of radioactive processes would normally suggest had not taken place. So it was clear that the assumption of a constant, slow decay process was wrong. There must have been speeded-up decay, perhaps in a huge burst associated with Creation Week and/or a separate burst at the time of the Flood.

There is now powerful confirmatory evidence that at least one episode of drastically accelerated decay has indeed been the case, building on the work of Dr Robert Gentry on helium retention in zircons. The landmark RATE paper,4 though technical, can be summarized as follows:

The paper looks at the various avenues a long-ager might take by which to wriggle out of these powerful implications, but there seems to be little hope for them unless they can show that the techniques used to obtain the results were seriously flawed.

Another dramatic breakthrough concerns radiocarbon. It’s long been known that radiocarbon (i.e. carbon-14, or 14C) keeps popping up reliably in samples (of coal, oil, gas, etc.) which are supposed to be ‘millions of years’ old. However, with the short half-life of 14C it should decay to zero in only some tens of thousands of years at the most.5 For instance, CMI has, over the years, commissioned and funded the radiocarbon testing of a number of wood samples from ‘old’ sites (e.g. samples with Jurassic fossils, samples inside Triassic sandstone, and samples burnt by Tertiary basalt) and these were published (by then staff geologist Dr Andrew Snelling) in Creation magazine and Journal of Creation. In each case, with contamination eliminated, the result has been in the thousands of years, i.e. 14C was present when it ‘shouldn’t have been’. These results encouraged the rest of the RATE team to investigate 14C further, building on the literature reviews of creationist physician Dr Paul Giem.

In another very important paper, scientists from the RATE group summarized the pertinent facts and presented further experimental data.6 The bottom line is that virtually all biological specimens, no matter how ‘old’ they are supposed to be, show measurable 14C levels. This effectively limits the age of all buried biota to less than (at most) 250,000 years. (When one takes into account the probability that before the Flood the ratio of radioactive to ‘normal’ carbon was much lower,7 the calculated age comes right down into the biblical ‘ballpark’.)

Interestingly, specimens which appear to definitely be pre-Flood seem to have 14C present, too, and importantly, these cluster around a lower relative amount of 14C. This suggests that some 14C was primordial (existing from the very beginning), and not produced by cosmic rays—thus limiting the age of the entire earth to only a few thousand years.

This appears to have been somewhat spectacularly supported when Dr Baumgardner sent five diamonds to be analyzed for 14C. It was the first time this had been attempted, and the answer came back positive—14C was present. The diamonds, formed deep inside the earth, are assumed by evolutionists to be over a billion years old. Nevertheless they contained radioactive carbon, even though, if the billion-year age were correct, they ‘shouldn’t have’.

This is exceptionally striking evidence, because a diamond has remarkably strong lattice bonds (that’s why it’s the hardest substance known), so subsequent atmospheric or biological contamination should not find its way into the interior.

This is exceptionally striking evidence, because a diamond has remarkably strong lattice bonds (that’s why it’s the hardest substance known), so subsequent atmospheric or biological contamination should not find its way into the interior.

The diamonds’ carbon-dated ‘age’ of about 58,000 years is thus an upper limit for the age of the whole earth. Again, this is entirely consistent with helium diffusion results reported above, which indicate the upper limit is in fact substantially less.8,9

14C workers have no real answer to this problem, namely that all the ‘vast-age’ specimens they measure still have 14C. Labelling this detectable 14C with such words as ‘contamination’ and ‘background’ is completely unhelpful in explaining its source, as the RATE group’s careful analyses and discussions have shown. But it is no problem or mystery at all if the uniformitarian/long-age assumptions are laid to one side and the real history of the world, given in Scripture, is taken seriously. The 14C is there, quite simply, because it hasn’t had time to decay yet. The world just isn’t that old!

The 14C results are an independent but powerful confirmation of the stunning helium-diffusion results. It looks like 2003 was a bad year for megachronophiles (lovers of long ages), but a good year for lovers of the Word of God. 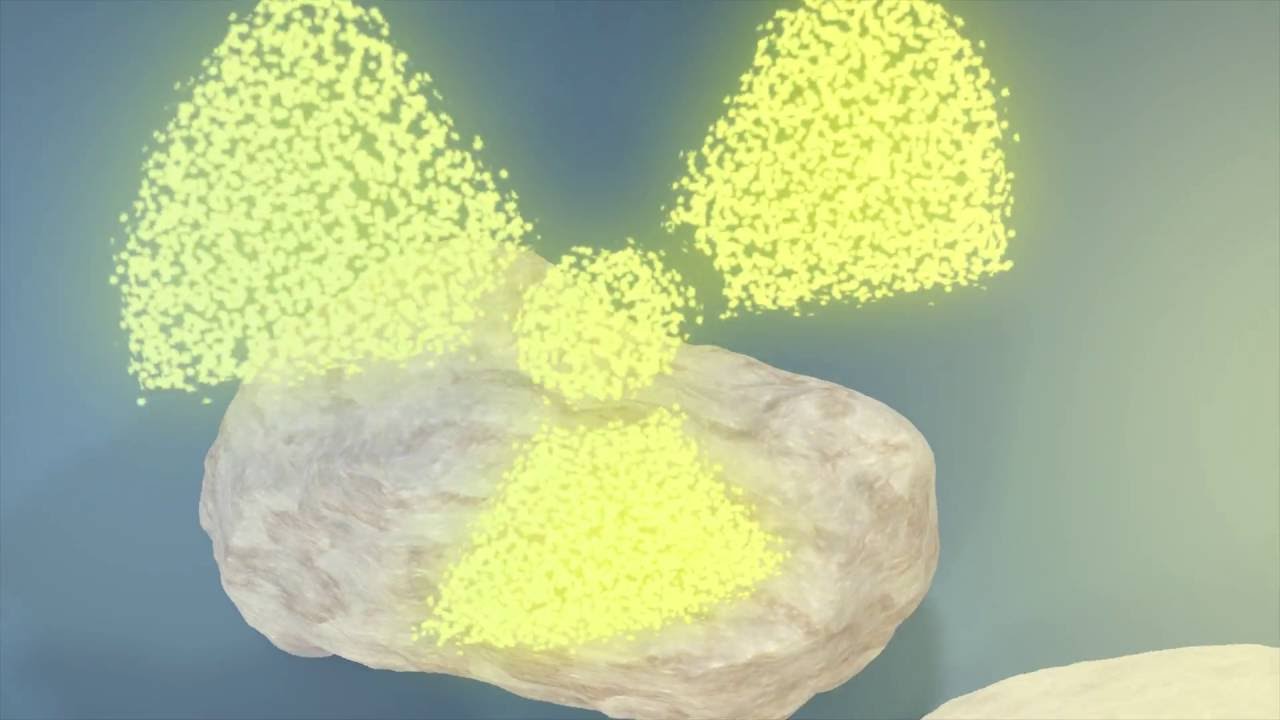 What about carbon dating?
by Dr Don Batten
US $0.60
Soft Cover
Siccar Point Scotland
by Dr Tas Walker
US $0.20
The Creation Answers Book
by Various
US $15.00
Soft Cover