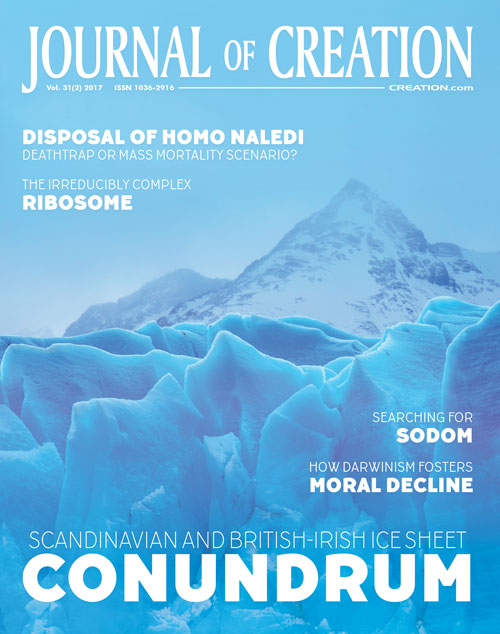 In the opening sentence in an article titled “Scientific Regress”, the author William Wilson remarks:

“Scientific claims rest on the idea that experiments repeated under nearly identical conditions ought to yield approximately the same results, but until very recently, very few had bothered to check in a systematic way whether this was actually the case.”1

The article is about science and the repeatability of scientific results published in the peer-reviewed scientific literature. (Indented paragraphs are quoted from this article, unless otherwise referenced.)

The success of a research program might be all that is required for success in the next funding round. So, what might start as just a character weakness in the experimenter ends up being outright fraud.

A group called Open Science Collaboration (OSC) tried to evaluate research claims by replicating results of certain science experiments. They replicated one hundred published psychology experiments and found 65% failed to show any statistical significance, and many of the remainder showed greatly reduced significance than originally reported. The OSC group even used original experimental materials and sometimes performed the experiments under the guidance of the original researchers.

They found, though, that the problem was not just in the area of psychology, which I don’t consider hard science anyway.

In 2011 a group of researchers at Bayer looked at 67 recent drug discovery projects based on preclinical cancer biology research. They found that in more than 75% of cases they could not replicate the published data. These data were published in reputable journals, including Science, Nature, and Cell.

The author suggested that the reason many new drugs were ineffective may be because the research on which they were based was invalid. This was considered the reason for the failure—the original findings were false.

Then there is the issue of fraud.

“In a survey of two thousand research psychologists conducted in 2011, over half of those surveyed admitted outright to selectively reporting those experiments which gave the result they were after.”

This involves experimenter bias. The success of a research program might be all that is required for success in the next funding round. So, what might start as just a character weakness in the experimenter ends up being outright fraud. The article states that many have no qualms in

“ … reporting that a result was statistically significant when it was not, or deciding between two different data analysis techniques after looking at the results of each and choosing the more favorable.”

“… theorized that the farther from physics one gets, the more freedom creeps into one’s experimental methodology, and the fewer constraints there are on a scientist’s conscious and unconscious biases. If all scientists were constantly attempting to influence the results of their analyses, but had more opportunities to do so the ‘softer’ the science, then we might expect that the social sciences have more papers that confirm a sought-after hypothesis than do the physical sciences, with medicine and biology somewhere in the middle. This is exactly what the study discovered: A paper in psychology or psychiatry is about five times as likely to report a positive result as one in astrophysics [emphasis added].”

Retracted claims in the hard sciences

I work in the field of physics (experimental and theoretical). I know first hand about the pressure to publish findings. I believe it is more difficult to commit fraud in physics but I also believe there exist opportunities to do so, particularly in areas that are difficult to check. An example is where there is a heavy content of theoretical physics, and/or where statistical analyses are critical to the finding. Detection problems arise in areas such as particle and astrophysics.

One was the announced discovery of both cosmic inflation and gravitational waves at the BICEP2 experiment in Antarctica, which I covered extensively in 2014/15.2 It was retracted only about one year after the initial announcement. In 2011 there was the reporting of an alleged discovery of superluminal neutrinos at the Swiss–Italian border,3 which, as is typical, was later retracted with far less fanfare than when first published. This situation involved an OPERA experiment in which neutrinos supposedly travelling faster than light were observed. A year after the OPERA claim, the co-located ICARUS experiment reported neutrino velocities consistent with the speed of light in the same short-pulse beam OPERA had measured.

In both cases, in which physics was central, independent measurements were able to check the validity of the initial claim. This, thankfully, occurs far more often in the hard sciences than other science fields. Sometimes a false hypothesis endures for a time, but eventually is overturned. Unfortunately, this is often not the case with the ‘softer sciences’, if they can be called that.

After all, science without debate is propaganda!

So-called evolutionary biology, for example, masquerades as a hard science when, in fact, much of it is not operational science. Operational science is testable and repeatable, is open to criticism and subject to fraud detection. After all, science without debate is propaganda!

But evolutionary so-called science, is more like forensic science; it is weak because it is not subject to the same testable criteria.

“For example, Darwin introduced historicity into science. Evolutionary biology, in contrast with physics and chemistry, is a historical science—the evolutionist attempts to explain events and processes that have already taken place. Laws and experiments are inappropriate techniques for the explication of such events and processes. Instead one constructs a historical narrative, consisting of a tentative reconstruction of the particular scenario that led to the events one is trying to explain.”4

In such a science, experimentation is not applicable,5 but story-telling, which Stephen Gould called just-so-stories, is.

The article goes on to criticize the inane processes of scientific paper publication, peer-review, and the difficulties in getting false notions overturned, as well of the development of the cult of ‘scientism’:

“Some of the Cult’s leaders like to play dress-up as scientists—Bill Nye and Neil deGrasse Tyson are two particularly prominent examples—but hardly any of them have contributed any research results of note. Rather, Cult leadership trends heavily in the direction of educators, popularizers, and journalists.”

These criticisms I mostly agree with, but the article was not explicit on the underlying Darwinian belief system prevalent today.

That belief system—materialism, that matter, energy, and the forces of nature are all that there is—is prevalent in the scientific community. It has led to a modern-day bias of atheism among the scientific establishment to the point that anyone holding to a Judeo-Christian belief system must be considered weak. Darwinian evolution and big bang atheism are the accepted beliefs on which all science is to be based. This is the worldview now held in most universities in the West. This fact has led to a moral vacuum and a situation where fraud has become more commonplace.

This has progressively established a trend as society, more and more, has abandoned the Creator. The author concludes his article with the following, which I must agree with:

“When cultural trends attempt to render science a sort of religion-less clericalism, scientists are apt to forget that they are made of the same crooked timber as the rest of humanity and will necessarily imperil the work that they do. The greatest friends of the Cult of Science are the worst enemies of science’s actual practice.” Carmine C.
AU January 14th, 2019
When I was attending university in the USA in the 80's-90's we were taught that there were about 100,000 genes producing about 100,000 proteins. When the Human Genome Project was completed in 2003, scientists discovered only 22,300 protein-coding genes. It was then determined that each gene only produced a polypeptide, and then a combination of 2 or more polypeptides would produce a protein. It was also estimated that the human body has the ability to generate over 2 million different types of proteins. But here lies the problem: if this arrangement of polypeptides to produce functional proteins were totally a random process, there would be countless non-functional proteins dispersed throughout the body, but there is none! The deduction then: the impossibility of evolution, and the existence of an Intelligent Designer!
Gary M.
US January 12th, 2019
What else is new. My masters thesis had a Beta of 90% (the ability to trust your alpha). Most studies are too small and may have a Beta of 10%. All studies should be reproduced on the grounds that most use sampling statistics which is not dependable..
Freda B.
GB January 12th, 2019
Hilarious to blame some scientists for fraud when you apparently believe that polar bears and lions to say nothing presumably of penguins all lived on the ark. And that dinosaurs roamed with homo sapiens. And that fossils were created almost instantaneously when The Flood fractured mountains. Which is most likely to be true?

Shaun Doyle
January 13th, 2019
Classic tu quoque fallacy: accusing us of the same problem as those we reported on. Of course, you have no basis for accusing us of fraud except your own incredulity at what we supposedly believe. But you can't even get that right. No, polar bears and lions were not on the Ark; more generalized representatives of the bear and cat families were. And there's a good chance penguins didn't need to be on the Ark. And since e.g. we still find soft tissue in dinosaur bones, why is it so outlandish to think that dinosaurs and humans lived at the same time? Is it really 'most likely to be true' that dinosaur soft tissue can survive for over 65 million years? Frankly, that seems rather outlandish.

Where can humanity go to find out what really happened? I thank God that His word has been preserved through the ages despite the persecution and horror of the Dark Ages, and despite the mockery of our current times. The Bible is an anvil that has worn out many hammers. Praise God!
Read more comments