Lurking in even our finest hospitals is an unwelcome visitor—the supergerm. Doctors have exposed it to every available antibiotic, but it merrily goes on growing.

Next time you are shocked by the high cost of a medical prescription, don’t complain. Just thank the Lord you haven’t got a ‘hospital infection’. Some of the pills now made for fighting hospital superinfections cost $90 each!

What is a superinfection?

A superinfection comes from a type of germ that occurs in hospitals (I venture to say only in hospitals) which is a real survivor type. It has been exposed to every available kind of antibiotic, yet it merrily goes on growing.

The formation of supergerms comes about in this way: When penicillin was first introduced, it really knocked out germs. But after a few years doctors noticed they had to use higher and higher doses, and soon infections were found that didn’t respond at all.

The pharmaceutical industry was equal to the challenge, and a world-wide hunt for new antibiotics was on. One potent type was found in a fungus growing in the ground near a Venezuelan airfield (just to give you an idea of how intense the search was).

When a Patient is Infected

But what causes supergerms is this. When a patient is infected by a billion germs, and penicillin is given, all but a dozen or so will be killed. But the dozen that remain are all resistant to penicillin, and so are a proportion of their descendants. Since many germs can double their numbers every hour, a great deal depends on the natural strength of the patient. If his own immune system is strong enough to wipe out the remaining dozen before they turn into a billion again—which conceivably could take less than a day—the patient will recover. If there is no sign of recovery, the doctor will switch antibiotics. The new one, once again, may wipe out all but a dozen, and so the cycle repeats.

Of course the paragraph above is oversimplified, but if I were to tell you the whole story, you probably wouldn’t take time to read it. But the question remains: does the existence of supergerms prove evolution? Were the Darwinists right when they said that the engine of evolution is ‘the survival of the fittest’?

Perhaps it will be easier to understand if we leave germs, with which most of us are unfamiliar, and look at larger organisms. Let’s take grasshoppers. They are a terrible threat to America’s grain belt. DDT used to work havoc on them. If a billion were infesting a particular field, DDT would wipe out all but a dozen Now grasshoppers don’t multiply like bacteria. They lay their eggs in the autumn, and after a good dusting with DDT there would be so few grasshoppers left alive that the males and females would have trouble finding each other.

One of the best adapted wild cattle, for instance, was the Texas longhorn. Lean, tough, rangy, fast and armed with 20-inch (75 cm) spikes on each side of its head, the Texas longhorn survived well for centuries. Today, they would be extinct if they weren’t raised especially for rodeos. Today, what kills cattle is not wolf packs, drought and prairie fires—but man!

And which cattle do the farmers kill?

‘There’s the records I keep’, a big-time beef rancher told me. ‘When we have what’s called an open cow—one which isn’t carrying a calf even though she’s been left in with the bull—she goes to the meat-packer. We won’t keep them around for the pleasure of their company, and we aren’t going to feed them if they don’t pull their weight.’

‘Those are my milk-production graphs’, another farmer said. ‘We can only milk about 60 cows, so every year those on the bottom end of the graph get turned into hamburger.’ Today, cattle are bred for milk production, beef production and calf production. Those that don’t measure up are killed. As only the ‘best’ cattle are then left, can we say this is an example of evolution?

No, because the genes for milk production, beef production and calf production were already there in the original cattle. They are still cows, and if you were to break down all the fences in the United States and let all the cattle of all the different breeds mate indiscriminately, in 10 years all cattle would be scrub mongrels again. They would revert to their ancestral type, and be indifferent producers of milk, beef and calves.

It is only by the most laborious sort of human effort that cattle genes have been sorted out and concentrated for milk, beef and calf production; but if the whole country were to revert to a wilderness, say after an atomic war, those three items would not necessarily help the species survive. In fact, a cow that put too much energy into milk production would be more likely to die than a scrub cow. A cow with the stocky, beef-laden build of a Hereford would not be as able to escape from predators. A cow that was always pregnant would not have the energy to survive, because she wouldn’t have the farmer throwing a load of alfalfa over the fence every day.

How to Stamp Out ‘Superbugs’

By the application of insecticides, we produce ‘superbugs’. But they are only super in that one respect. If the entire nation were to return to organic farming, these superbugs would die out. They wouldn’t be able to compete. They can only compete where insecticides have cleared away competing bugs and killed off birds and other natural predators.

(Did you hear of the great US grasshopper and cricket plagues of the 1880s? They didn’t occur until after our forefathers foolishly wiped out the passenger pigeon—birds which existed in flocks so huge that one flock was reported to have taken three days to fly over.) Superbugs can’t flourish except where farmers practise monocropping, thus providing them with ideal conditions for growth.

Without insecticides, these so-called ‘superbugs’ would be competing with crickets, beetles, cicadas, locusts, and many other insects; and in a few generations they would be no more.

Likewise, you contract a hospital infection only in a hospital. The hospitals are spraying disinfectants on every available surface to kill off their so-called supergerms, and, most importantly, dealing with serious clinical infections requiring powerful antibiotics. Maybe they would do better to bring in a few truckloads of dirt off the street every six months, and spread that around and sweep it off! Maybe the hospitals would do even better to do research on inoculating superinfection patients, not with more antibiotics, but with a competing infection that would crowd out the supergerms. (I doubt that this would work, but it’s worth exploring, especially when germs that kill by bacteriotoxins are concerned.)

In places that are exposed to dirt from the street—such as your house—the supergerms are kept in their place not by powerful drugs and poisons but by competition with other germs. And their resistance genes are diluted by genes of the susceptible or non-resistant germs of the same species rather than being concentrated by selective breeding. That is why most non-hospital infections respond readily to antibiotics—the drug kills most of the germs, the body takes care of the rest. If it were not so, supergerms would escape from hospitals and sweep the world. So far they haven’t.

Let us never forget that the term itself is misleading. A supergerm is not really a supergerm; the poor things are so delicate that they can’t even exist unless man clears out all the competition.

This is ‘super’ corn?

Supergerms, in other words, are not an example of evolution, but have been artificially bred by man, just as surely as Hereford cattle and Pomeranian dogs have been artificially bred by man. It was unintentional, but it was still artificial. The important varieties of supergerms, such as methicillin-resistant Staphylococcus aureus, have not come about through mutation, nor have any superbugs. Artificial selective breeding by humans is explanation enough—and even then we must remember that the germ still remains a germ. It has not evolved into something more complex. 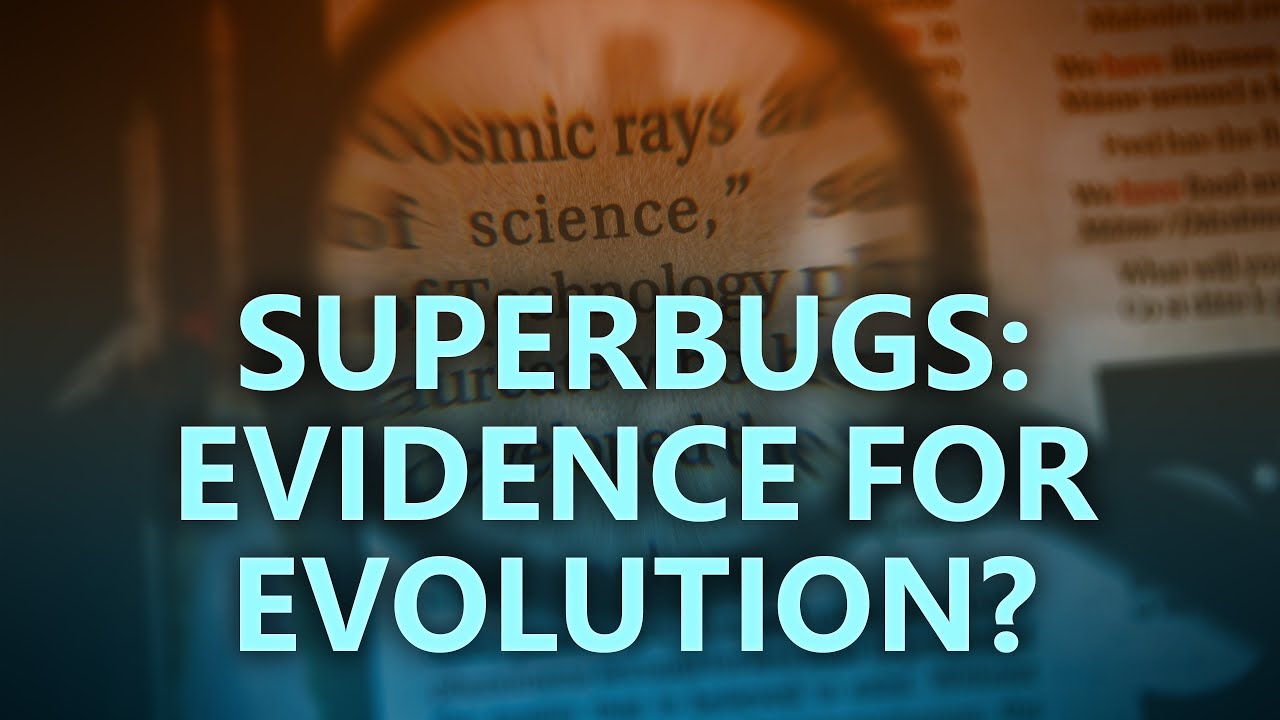