The Bible does not leave us in the dark about how God created the world and all life, i.e. the general principles by which this took place. A recurring question concerns the time needed for the creation of everything. Here, too, God informs us very clearly and unambiguously.

All evolutionary theories demand very long timespans; evolution supposedly occurred so slowly as to be in effect imperceptible to each generation.1 In contrast, when the Bible speaks of creation, it always portrays instantaneously occurring events. God’s Word of command has immediate fulfilment as its consequence. So, for example, we read in Psalm 33:9:

“For he spoke, and it came to be; he commanded, and it stood firm.”

“For he commanded and they were created.”

When the Bible speaks of creation, it always portrays instantaneously occurring events.

The time question may also be deduced logically—imagine two students confronted by a difficult problem to solve. One of them is highly intelligent, the other only just managed, with great difficulty, to finish school. Which one will complete the task more quickly? The intelligent one, of course! We readily recognize that with increasing intelligence I, less time T is required for the solution. This could be mathematically expressed as, for example, T = f(I), which is a hyperbolic function of the type T is proportional to 1/I, i.e. T ∝ 1/I. The curve described by the equation T = 1/I (fig. 1) is known as a hyperbola. Fig. 1 shows that this curve is asymptotic2 to both the horizontal axis (Time = T) and the vertical axis (Intelligence = I). Two conclusions arise from this:

1. Creation: If someone is infinitely intelligent (I = ∞)3 and in addition is also infinitely powerful, then the time required for the task is no longer any time at all (T = 0). The Bible repeatedly testifies that God is both: all-knowing (Psalm 139:1–4) and all-powerful (Genesis 17:1, Jeremiah 32:17). On the basis of this readily understandable hyperbolic law God would thus need no time at all to create everything that exists.

God nonetheless took considerable time to create—six entire days, with evening and morning. He did so for this single reason, He wanted to establish an analogy to accompany the following commandment of His, brought down from Mt Sinai by Moses:

“Six days you shall labor, and do all your work, but the seventh day is a Sabbath to the LORD your God. On it you shall not do any work” (Exodus 20:9–10).

In verse 11, this divine analogy is expressed:

“For in six days the LORD made heaven and earth, the sea, and all that is in them, and rested on the seventh day.”

What stops Christians from believing in a six-day creation? The answer is simple—because evolutionary/long-age conjectures enjoy widespread scientific acceptance, one doesn’t want to be derided as ‘unscientific’.

When contemporary Christian writers reject a six-day creation in favour of long ages, they are being mathematically illogical and at the same time biblically incorrect, because they are thereby insinuating that God only has limited power.

2. Evolution: The hyperbolic form of the curve reveals something else of importance. Since matter is void of any creative intelligence (I = 0), it would take infinitely long for it to generate something truly new. The creation hyperbola teaches us about the impossibility of an evo-lut-ion-ary process.

What stops Christians from believing in a six-day creation? The answer is simple—because evolutionary/long-age conjectures enjoy widespread scientific acceptance, one doesn’t want to be derided as ‘unscientific’. But the price paid for this ‘respectability’ in the world’s eyes is very high; one is no longer obedient to the Word of God. We need to consider what God said to King Saul: 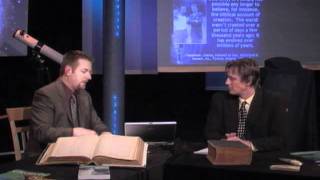 Did God use evolution to create?