The return of the Nephilim?

This week’s feedback comes from Francois P. in South Africa and relates to the supposed reappearance of the Nephilim from Genesis 6. Gary Bates has researched this issue and replies.

Hi, I have been watching a preacher, Chuck Missler, speaking on GODTV. He spoke specifically about the Nephilim in Genesis 6. With the Nephilim coming up when Joshua enters the Promised Land and again at the time when David killed Goliath. He then came up with statements that connect the Nephilim with the whole alien craze.

I have read part of Alien Intrusion by Gary Bates.

Question: Where [do] you stand theologically about what Chuck Missler is teaching and the ministry of Chuck Missler?

Thank you for your email. I am always reticent to reply when asked for opinions on other Christian’s work as such comments have a habit of finding their way into cyberspace and can even be modified and taken out of context to discredit us by our philosophical enemies. However, as we have decided to use this as a web feedback my comments are now on public record and can be verified.

Having put that caveat in though, I must say that I have found Dr Missler’s work on the UFO phenomenon very useful and I have referenced his own book on the subject a number of times in my own book (Alien Intrusion: UFOs and the Evolution Connection). I also met him last year in Western Australia and we got on very well. I cannot comment on the other areas of his ministry as I have not investigated them sufficiently enough.

While I believe we would agree on most things in this area, including the view that fallen angels are masquerading as alien entities (there are a range of articles in our UFOs/aliens Q & A section of our website to explore on this subject), I would have a different view from his contention that the Nephilim in Genesis 6 reappear after the Flood.

There are several views on who were the sons of God in Genesis 6 and the resultant offspring between the sons of God and the daughters of men (the Nephilim). I do not intend to fully explain or dissect all differing views for the purpose of this answer. But you can read a PDF extract here from the appendix of my book for a full treatise on who these entities possibly are. (Readers note: please fully read the PDF before contacting CMI if you require further clarification on this subject.) Also, there is a section in the latest Creation Answers Book that deals with this subject. The four common views are:

Dr Missler’s view and my personal view is that the ‘sons of God’ referred to in Genesis 6 were fallen angels that cohabited with human women. The resultant offspring were called the Nephilim. (Please note that this is my view only and others are entitled to their own views on this, which may well be different). Some also believe that an additional reason for the great Flood was to rid the earth of this fallen group of beings (Nephilim (נְּפִלִים) comes from the root word naphal (נָפָל). Nephilim literally means “fallen ones”). For the purposes of this discussion, we will presume Dr Missler’s view that the sons of God are fallen angels to be correct (which is also the traditional rabbinical Jewish historical view). Because if so, it still has theological problems when it comes to the reappearance of the Nephilim.

Do the Nephilim actually reappear in Scripture?

Now let’s turn specifically to your question about the Nephilim reappearing in the Promised Land. (From Alien Intrusion: UFOs and the Evolution Connection). Prior to entering and doing battle with its inhabitants, Moses sent 12 spies, one from each of the 12 tribes of Israel, on a reconnaissance mission. On their return, in Numbers 13: 28 and 29, the spies commented that:

“ … the people be strong that dwell in the land, and the cities are walled, and very great: and moreover we saw the children of Anak there. The Amalekites live in the Negev; the Hittites, Jebusites and Amorites live in the hill country; and the Canaanites live near the sea and along the Jordan (Authorized Version).

“And they brought up an evil report of the land which they had searched unto the children of Israel, saying, ‘The land, through which we have gone to search it, is a land that eateth up the inhabitants thereof; and all the people that we saw in it are men of a great stature. And there we saw the giants, the sons of Anak, which come of the giants [Nephilim]: and we were in our own sight as grasshoppers, and so we were in their sight’” (Numbers. 13:32–33, Authorized Version, emphasis added).

Please note that modern translations have left the word Nephilim untranslated being unsure of its meaning.

The descendants of Anak (the Anakim/Anakites) were obviously a group of large people. However, in verse 28 the spies also reported that many of the other people in the land were “strong”. There are several other passages that refer to the Anakim as a powerful group of people (Deuteronomy 9:2, for example), but verse 33 in Numbers 13 is the only passage that suggests any Anakite relationship to the Nephilim. Once again, it should be remembered that these Anakim were descendants of post-Flood people. They could not be descended from the pre-Flood Nephilim. Chapter 10 of Genesis records the “Table of Nations”; that is, the descendants of Noah’s sons, and there is no mention of Anak or the Nephilim, post-Flood.

It should be noted that the spies brought back a bad, or “evil” (Hebrew dibbah, “to slander, whisper, or defame”) report. That report included a parenthetic insertion that the large people known as the sons of Anak were descended from the Nephilim. The NIV simply puts it as:

Of the 12 spies, only Joshua and Caleb, trusting God, were keen to enter and take possession of the land

At first reading, this may seem like a factual account, but it is part of the quoted false report of the spies. Of the 12 spies, only Joshua and Caleb, trusting God, were keen to enter and take possession of the land; the other 10 did not want to. Because of the false report, the whole nation was too terrified to enter the Promised Land, and they turned against Moses for bringing them there. God responded:

“The Lord said to Moses, “How long will these people treat me with contempt? … I will strike them down with a plague and destroy them” (Num. 14:11–12).

How can we be sure that it was a false report? To start with, God intended to strike down all of the people with a plague for their unbelief, but Moses interceded on their behalf. However, there were some that were not going to be spared—those who brought the report. Numbers 14:36–37 says:

“Now the men whom Moses sent to spy out the land, who returned and made all the congregation complain against him by bringing a bad report of the land, those very men who brought the evil report about the land, died by the plague before the Lord” (New King James Version).

Many who believe that the account in Numbers was a reappearance of the Nephilim also use this to try to explain that Goliath must have been one of these “giant Nephilim”. This is a commonly raised view. There is no need to resort to such fanciful ideas. Right now, all over the world there are very large people, and some tribal groups such as those in the Pacific island nations are known for their size. And I repeat once again that he could not be related to the pre-Flood Nephilim as they were all destroyed.

It is my view that the Nephilim did not and will not, reappear again at all. And I also do not believe that these entities will reappear in the last days either. If the fallen angel view of the sons of God is correct, then Jude 6–7 could be adequately used to show that they cannot reoffend. Those angels that were capable of cohabitation with women have been imprisoned in hell (Tartarus), as the Scripture says, so that they cannot reoffend. Jude 6–7 says:

“And the angels who did not keep their positions of authority but abandoned their own home—these he has kept in darkness, bound with everlasting chains for judgment on the great Day. In a similar way, Sodom and Gomorrah and the surrounding towns gave themselves up to sexual immorality and perversion. They serve as an example of those who suffer the punishment of eternal fire” [emphasis added].

For some reading this it might be the first time that that you have heard of such explanations, which can be quite disturbing. Genesis 6 is a highly controversial area and much has not been included in this brief answer, which only deals with the (non) reappearance of the Nephilim in Numbers 13. Therefore we have now placed the relevant section of my book dealing with the sons of God on our website. It’s about 13 pages long so it is easily digestible. I would encourage you to investigate and read this thoroughly as the four different views on this passage are discussed. Please keep in mind that these are just my personal views and others in the ministry may also hold different positions. 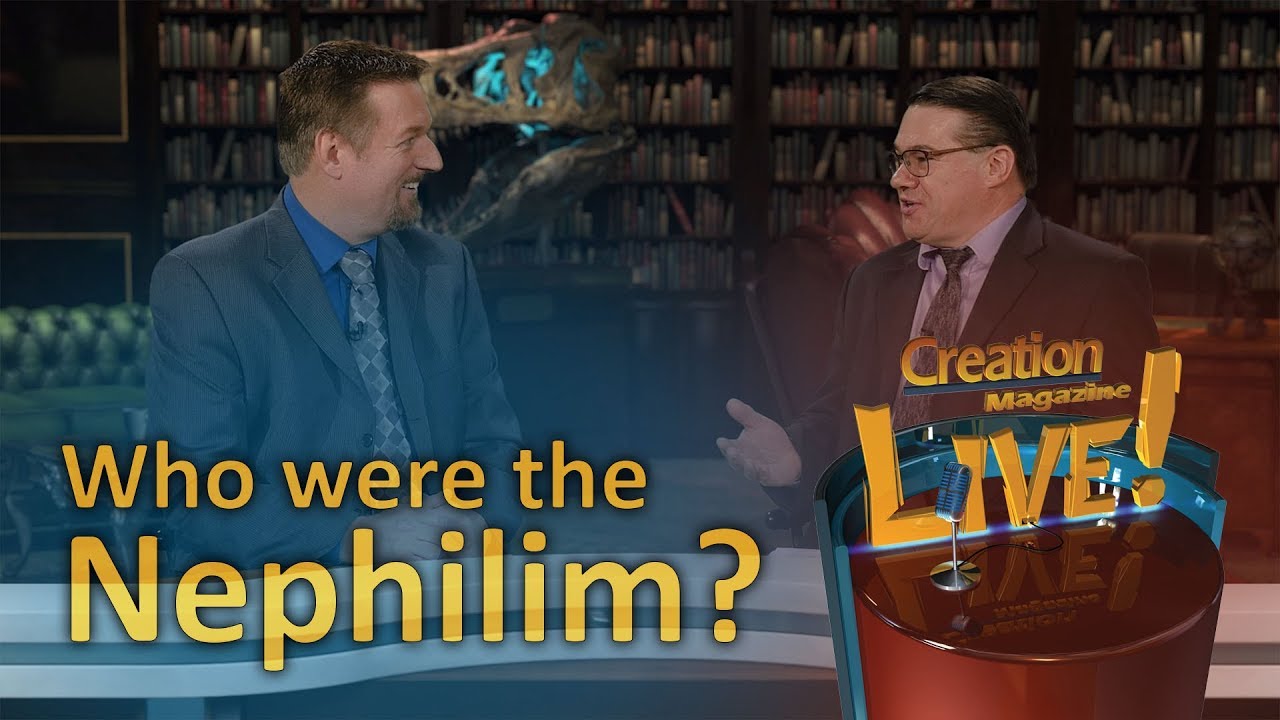