We humans can skate but some scientists think skates can walk—and that we and they are more closely related than previously thought. Skates are a group within what are known as rays (though sometimes ‘rays’ is meant to refer to only those which are not skates). Rays are the largest group of fish with skeletons made from cartilage, not bone. They are known for both their flat body shape and their bottom-dwelling habit.

Skates are distinguished by their producing egg cases called ‘mermaid purses’ (whereas other rays give birth to live young) and by the fact that their pelvic fins divide into two lobes (versus the single lobe of rays).1

Since skates have often been observed shuffling around on the sea floor, there has been evolutionary speculation that they might provide clues about how land vertebrates first conquered the land. Scientists studying a small skate species, Leucoraja erinacea, now think they have found support for this idea, and they published their findings and ideas in the prestigious journal Cell.2

Skates’ shuffling locomotion is controlled by certain so-called Hox genes3 and a network of nerve cells. What particularly intrigues the researchers is that these genes appear to be like those that control limb movements in mammals, ourselves included, although they seem to be different from those in most other fish. Interpreted within their evolutionary framework, some researchers think this supports the idea of a common ancestor of skates and mammals, around 420 million years ago.

Skates’ shuffling locomotion is controlled by certain so-called Hox genes and a network of nerve cells.

Others, however, have been more cautious in their response to this published work. One University of Chicago biologist, Michael Coates, warned, “We must be very careful about looking at any living group and thinking it represents ancestral conditions.”4 We agree. For one thing, even from an evolutionary perspective, it is rather premature for the researchers to make their claims before sampling a much larger group of vertebrate animals. But the bigger problem is that the researchers have already ruled out another possibility regarding the origin of these skates and other animals too, and not for any scientific reasons.

Similar designs are precisely what we would expect if a Common Designer (God) was responsible for creating separate, unrelated groups of creatures. He was quite at liberty to employ similar genes and nerve networks in very different creatures. A great example is the bizarre oilbird. The retina in the eyes of this cave-dwelling, fruit-eating, echo-locating denizen of the night has a unique design for a bird—nothing like it is known in any other bird species in the world. Yet, a similar design is known in, of all creatures, a deep sea fish!5

Finally, don’t be fooled by the exaggerated claims in the news stories of skates walking—watch them for yourself at your sea-life aquarium or view some online videos of skates moving around on the sea bottom.6

Over the years, we’ve featured articles on a whole variety of other creatures that have similarly been promoted as supposedly showcasing in some way the alleged evolution of walking from a fish ancestor. Not surprisingly, the reality in each case is anything but exciting for this evolutionist belief. See: 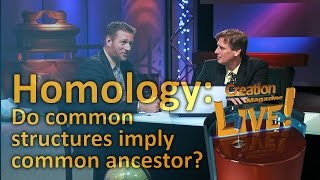