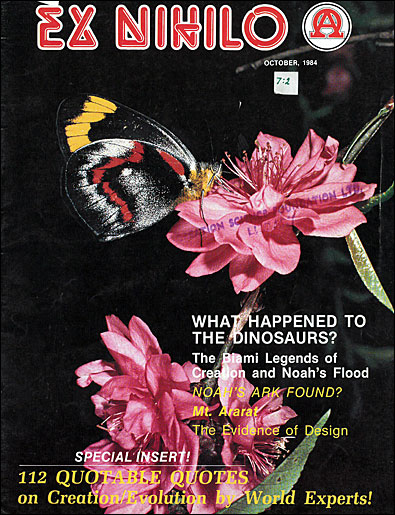 Who invented it first?

Man is proud of his ability to travel at breathtaking speeds in his machines. He can glide the space-shuttle Columbia to the earth at incredible speeds, travel around the earth in a high speed jet, but how to make the same plane fly very slowly eludes him. Owls can do it, so why can’t we?

But owls have specially curved feathers on the front edge of their wings which change the air currents as they flow past! This allows them to fly more slowly than most birds. Slow flight is quiet flight. If we could duplicate the owl wing, we could build a very fast aircraft which could also fly very slowly. The advantages would be enormous. Less noise, shorter runways, less costly airports, would be a few of the more obvious benefits.

Gaining wisdom from the owl has been one of the many fruits of bionics-the study of naturally occurring designs in order to solve scientific and engineering problems. This is nothing new. The Germans in World War II modeled their first jet plane after the streamlined shark. Early models were even painted to look like sharks. Mankind has looked to the world of nature to solve problems for centuries, and we still do so.

To cut through steel with a ray-gun has been the dream of many young men. This century that dream has been achieved. The complex maser rays and laser concentrate the incredible power of light into rays of various useful strengths: from rays so sensitive you can perform microscopic surgery with them, to brute rays that can pierce through a wall of steel. Yet radio- astronomers at Berkeley UCLA have discovered bigger and better light-energy outputs in the activities of stars such as those in the Orion nebula. Masers have been discovered in the variable giant red stars, including such types as stellar water and silicon monoxide masters. To date only molecular masers have been observed coming from space, but some scientists believe that it is inevitable that we shall find optical lasers, free electron lasers, and chemical lasers in the heavens. Some speculate it is even possible that naturally occurring gamma-ray lasers or grasers exist. When man developed a successful maser in the mid 1950s, it was hailed as a dramatic scientific breakthrough. Yet God created systems to generate such high energy-excited atoms long before man invented them.

When the first telegraph message was sent by Samuel Morse in 1844, its dots and dashes proclaiming ‘what God hath wrought’, mankind rejoiced at the ease of this new communications system. Morse code was again to be used to transmit the first radio waves across the Atlantic by Marconi in 1901. But even with the invention of radio, man was not to be first. Radio waves generated by the stars have been traveling through the universe since the time of creation. The science of radio astronomy is built on this fact.

Birds and fish travel yearly from the Arctic to the Antarctic without training, arriving at the same nesting site. Bees in their navigational calculations, use the sun as a compass. At night or on very cloudy days, they rely on the patterns of polarised light for navigation. But even if it is too cloudy and the light is not available, bees have a back-up system. They can use the earth’s magnetic field to find where they are. Most people under similar conditions simply get lost.

Did you know that when the bat gives off its sound, a special muscle automatically turns down its hearing so it cannot hear its own voice, only the guiding echoes? Most people know that in flight a bat emits supersonic sound pulses (as many as 60 a second) which, if they hit something, bounce back to the bat’s ears to warn it of the object. By measuring the time it takes the echoes to return, a bat can judge the exact location of objects and then modify its flight accordingly. Somehow the modern ‘miracles’ of science in the invention of radar and sonar systems, used to guide planes safely through fog and ships through water, often pale into insignificance when compared with their created natural counterparts. [Ed. note: See also Bats: Sophistication in Miniature]

When it comes to engineering, man is not the only one who can claim success. Spiders ‘had it first’ when it comes to a system for lifting loads. They string strands of moist ‘web wire’ from a limb overhead to the object on the ground. As the web dries, it shrinks and lifts the object slightly. More wetting, more waiting, and more shrinking, results in the object eventually being hoisted right up to the spider’s nest. By this means, a spider patiently works with web cables until a selected object is high enough off the ground for the creature to build its nest. Spiders know how to spin a wall of web which can hold many times their own weight.

They have their own unique types of webs. Trade names which are marvels in geometric design and workmanship. Spiders were diving under water in air-filled diving bells long before man invented the submarine or the bathysphere. [Ed. note: See also God’s webspinners give chemists free lessons]

The first successful light bulbs marketed by Edison in the 1880s produced so much heat that they burnt out very rapidly. Even our modern light bulbs produce so much more heat than light that they are very wasteful of energy. If we could only learn from the firefly’s system, millions of dollars would be saved. They light up their lives by using a fuel called luciferin backed by a layer of reflective pigment cells covered by transparent tissue shapes to form a lens. Your car’s headlights and spotlights are patterned after that design.

A lifetime of study barely uncovers the tremendous designs which exist in the created world of nature. Beavers build large dams and spacious underground homes; wasps manufacture paper; some ants make living bridges so that their comrades can pass over water; other ants make boats from leaves to float across instead, while yet other ants practise animal husbandry, and herd aphids which they milk. Certain animals garden by planting fungi in specially prepared leaf moulds, and the famous Archer fish shoots flying insects with a stream of water, its eyes automatically correcting for optical refraction-an operation which most people cannot master however hard they try.

What can we conclude from this? Certainly not that blind chance or accident is the rule of law in nature. There are too many rules, too many laws and too much evidence of design to reach that conclusion rationally. As man learns more of the marvellous designs implanted in creation, he should be moved to appreciate evermore the wisdom of the God who made it all. The evidence of His handiwork is so obvious that not only do the heavens declare His glory, but the earth shows the evidence of His design. So much so that men are without excuse if they deny it.