The commonly accepted big bang model supposedly determines the history of the universe precisely (see Figure 1). Yet to do so, it is filled with unprovable fudge factors. That may sound like an exaggerated claim, but it seems to be the state of cosmology today.

This situation has come about because the unverifiable starting assumptions are inherently wrong! Some brave physicists have had the temerity to challenge the ruling paradigm—the standard big bang ΛCDM inflation cosmology.1 One of those is Prof. Richard Lieu, Department Chair, Astrophysics, University of Alabama, who wrote:

“Cosmology is not even astrophysics: all the principal assumptions in this field are unverified (or unverifiable) in the laboratory … .”2 [emphasis added]

He goes on to say that this is “because the Universe offers no control experiment, …” He means that the same observations can be interpreted in several different ways. Because there are no other universes to compare ours with, you can’t determine absolutely which is the correct answer. That means, we do not know what a typical universe should look like. As a result cosmologists today are inventing all sorts of stuff that has just the right properties to make their theories work, but it is stuff that has never been observed in the lab. They have become “comfortable with inventing unknowns to explain the unknown”, says Lieu.

Cosmologists tell us we live in a universe filled with invisible, unobserved stuff—about 74% dark energy and 22% dark matter (see Figure 2). But what is this stuff that we cannot detect yet should be all around us? Only 4% of the matter/energy content of the Universe is supposed to be the ordinary atoms that we are familiar with.

Cosmology is not even astrophysics: all the principal assumptions in this field are unverified (or unverifiable) in the laboratory … .—Richard Lieu, Department Chair, Astrophysics, University of Alabama

Yet we are told that now we are in a period of precision cosmology.4 But we see a total disagreement between the determination of these fractions from high redshift supernova measurements and Planck CMB measurements. Even the claimed errors do not help the values to coincide.5

For 40 years, one form or another of dark matter has been sought in the laboratory, e.g. the axion (named after a popular US brand of laundry detergent, because they thought its discovery would clean up some problems with particle physics). Recently a claim was made alleging the detection of a dark matter particle in a lab experiment, but that claim requires rigorous verification.6

Now we also have dark energy— some sort of anti-gravity that is supposedly driving the universe apart at an even faster pace than in the past. It was reported that,

“It is an irony of nature that the most abundant form of energy in the universe is also the most mysterious. Since the breakthrough discovery that the cosmic expansion is accelerating, a consistent picture has emerged indicating that two-thirds of the cosmos is made of ‘dark energy’—some sort of gravitationally repulsive material.”7 [emphasis added]

Supposedly, dark energy is a confirmed fact. But does the evidence confirm that the universal expansion is accelerating? They are right about the irony; even though this energy is allegedly so abundant, it cannot be observed locally in the laboratory. In 2011, the Nobel Prize in Physics was awarded for the discovery of the accelerating universe, which means dark energy must be real stuff (it would seem that science’s ‘gatekeepers’ can’t ever renege on that now). But it has no correspondence to anything we know in the laboratory today, which hardly makes sense.

As Lieu points out,

“… astronomical observations can never by themselves be used to prove ‘beyond reasonable doubt’ a physical theory. This is because we live in only one Universe—the indispensible ‘control experiment’ is not available.”8

There is no way to interact with and get a response from the Universe to test the theory under question, as an experimentalist might do in a laboratory experiment. At most, the cosmologist collects as much data as he can, and uses statistical arguments to try to show that his conclusion is likely. Says Lieu (emphasis added):

“Hence the promise of using the Universe as a laboratory from which new incorruptible physical laws may be established without the support of laboratory experiments is preposterous …”.8

Lieu lists five evidences where cos­mologists use ‘unknowns’ to explain ‘unknowns’, and hence he says they are not really doing astrophysics. Yet these evidences are claimed to be all explained (and in the case of the Cosmic Microwave Background (CMB)9 radiation even predicted10) by the ΛCDM inflation model of the big bang. None of them are based on laboratory experiments, and they are unlikely to ever be explained this way. The ‘unknowns’ in the lab (meaning not known to physics today) are listed in italics. They are:

As an experimentalist, I know the standards used in so-called ‘cosmology experiments’ would never pass muster in my lab. Yet it has been said we are now living in the era of ‘precision cosmology’.14

“… 30 years ago, cosmology was largely viewed as somewhere out there between philosophy and metaphysics. You could speculate over a bunch of beers about what happened, and then you could go home, because there wasn’t a whole lot else to do.” [But now they are closing in on a] “consistent picture of how the universe evolved from the earliest moment to the present.”4

How can that be true if none of Lieu’s five observations listed above can be explained by ‘knowns’? They have been explained by resorting to ‘unknowns’ with a sleight of hand that allows the writer to say, ‘We are closing in on the truth.’

What this leads to

Nobel Laureate Steven Chu said that we now understand nearly all there is to know about the Universe, except for a few small details; like what is dark energy and dark matter which [allegedly] make up 96% of the stuff in the Universe.

I recall Nobel Laureate Steven Chu speaking to a large gathering of high school children on the occasion of the Australian Institute of Physics National Congress at the Australian National University in Canberra in 2005. He said that we now understand nearly all there is to know about the Universe, except for a few small details; like what is dark energy and dark matter which [allegedly] make up 96% of the stuff in the Universe.

Cosmologists may have their objectives—to shore up their faith in a model based on false and unverifiable assumptions—but it is a leaky bucket that cannot hold back the evidence that ultimately will be published against it.

The fact is that the history of the universe cannot be determined from a model which cannot be independently tested. And many fudge factors are needed for the present model to describe the observations. The Big Bang cosmology is verified in the minds of those who already hold to that belief—that the Universe created itself about 14 billion years ago—ex nihilo. To me the biblical big picture is far more believable—we are only left to fill in the details.

Why the big bang needs faster-than-light inflation to work

Inflation is the extremely rapid exponential expansion of the early universe by a factor of at least 1078 in volume, driven by a negative-pressure vacuum energy density. The inflationary epoch comprises the first part of the electroweak epoch following the grand unification epoch. It supposedly lasted from 10−36 seconds after the big bang to sometime between 10−33 and 10−32 seconds. Following the inflationary period, the universe continued to expand, but at a slower rate.

There is no good mechanism to cause this faster-than-light expansion, or to stop it once it began. However, misguided Christians who believe in the big bang must desperately defend inflation.

Inflation is invoked because the big bang would otherwise not explain the observations. There are two1 main problems for an inflation-free big bang:

However, there is no good mechanism to cause this faster-than-light expansion, or to stop it once it began. And the infamous ‘Higgs Boson’ or ‘God particle’, is incompatible with the version of inflation allowed by recent investigations.2,3 However that version of inflation may have won a reprieve because the claimed detection has formally been found to be wrong.4 However, misguided Christians who believe in the big bang must desperately defend inflation.5 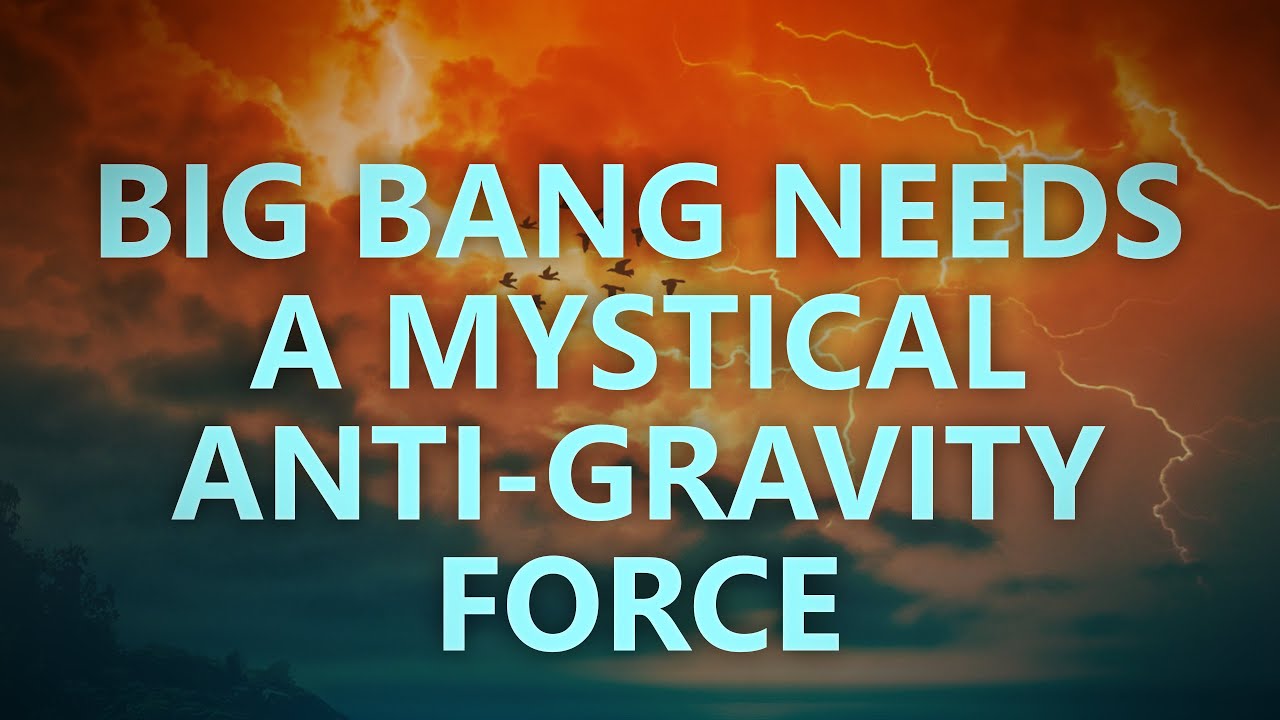