Seven ways to build a lighthouse

How Christian parents can help their kids navigate evolutionary education

“People say that evolution is just a theory.1 But in science, a theory is a well-established principle validated by decades of research. Like evolution. There is not a single piece of evidence against evolution.”

The professor gazed out across the laboratory, ensuring that every one of us students was getting the message. I had heard that college would be like this. Higher education, rumour had it, was a tempestuous sea wherein waves of evolutionary indoctrination churned with foam-like post-modern morals upon the depths of godless philosophies. Once adrift on those perilous waters, few young Christians ever reportedly returned to shore.

But there I was, adrift myself, encountering wave after wave of indoctrination as I navigated Darwinism-intensive classes ranging from physical anthropology to molecular evolution. How did I survive as a creationist student in such a setting?

For one thing, I had a lighthouse which my family built. It offered a landmark to establish direction, a shelter in which to find solid ground, and home base to signal when the waves rose too high. Such lighthouses take time, money and energy to build, but saving lives is worth the effort. Encouragingly, there are at least seven ways which Christian parents can start building this sort of lighthouse, a family environment which provides preparation and support for students adrift in evolutionary waters:

It’s hard to strategically build a lighthouse if you know little about the current, shoreline and other features of the seaway. Likewise, it’s hard to know how to prepare your kids for an educational culture that may have changed significantly since you navigated it yourself. Understanding the following points about an evolutionary worldview in education is a great start:

The point of gaining this awareness is not to know how to panic, but how to prepare and to pray.

A plunge into evolutionary waters may seem like the perfect way to turn Christian teenagers into secular young adults. However, at least four key factors predict whether “religious” teenagers will become “strongly religious” young adults, according to the National Study of Youth and Religion (NSYR). This survey of over 2,400 American youth (thus many likely from Christian backgrounds and contexts) revealed that teenagers aged 13–17 who prayed, who read Scripture consistently, who emphasized their faith’s importance in everyday life, and who had parents who were strongly committed to faith were the most likely to retain their faith at age 18–23. In fact, teens who scored highest for these four factors had an 85% chance of being the most spiritually committed young adults.7 While this doesn’t mean that faithful parenting guarantees raising faithful kids, it does illustrate the value of family relationships that prioritize Christ.

Whether preparing students to face the evolutionary tide or supporting those already adrift, ensuring that your household accesses scientifically and scripturally-sound apologetics resources is hugely important. This may involve attending conferences or seminars, stocking the bookshelves with creation resources, making apologetics-related family movie nights a common occurrence, and seeking out biblically-grounded, scientifically-versed mentors for your kids. Of course, apologetics resources are only part of the equation. Christian living resources for deepening youths’ walks with God are also critical, to catalyze in youth the consistent spiritual disciplines that the NSYR found to be so crucial.

By equipping your kids with these sorts of tools for navigating a world that rejects its Creator, and by ensuring their ability to use them, you are creating a home culture that prioritizes defending God’s truth and applying it to everyday life.

Pertinent to stocking the house with faith-building resources is actively using them yourself. When you learn about worldview issues alongside your kids, you show them that they’re not in their boat alone. Likewise, encouraging your kids to ask questions and being available to collaboratively seek answers brings you and your family into a lifestyle of humble, yet confident, truth-seeking. The humility is in not knowing all the answers; the confidence is in knowing that, given the certainty of God’s Word, answers exist. Remember, the trouble doesn’t come when Christian youth start asking questions; the trouble comes when they stop seeking answers.

Before Jesus sent out His disciples to engage with their culture, He instructed them to be wise as serpents. Similarly, before you send your kids out into today’s culture, you need to equip them with the ability to handle information wisely. They should be taught to separate logic and fact from propaganda and emotion, to identify implicit assumptions, and to evaluate arguments. A good way to do this is to teach youth how to ask the questions that address the basis in logic and morality of any particular claim. That is, have them ask, “Is this idea true or false, because____? Is it morally right or wrong, because____?” Because many people believe it is? Because someone smart said so?

Teaching these sorts of critical thinking skills, such as asking the right questions, is essential for arming youth to face a world of highly persuasive untruths.

‘Serpent-like’ wisdom isn’t the only quality Jesus deemed prerequisite for heading into pagan culture. He also commanded dove-like gentleness. Cultivating a spirit of gentleness, which will remain with your kids after they set sail, involves prioritizing respect for others, born of compassion and of Christ-like humility. The Apostle Peter emphasized building these qualities upon a foundation of commitment to Christ when he famously admonished:

“But in your hearts honor Christ the Lord as holy, always being prepared to make a defense to anyone who asks you for a reason for the hope that is in you; yet do it with gentleness and respect (1 Peter 3:15).”

Speaking from experience, I cannot overestimate the value of parents who pray for their kids enrolled in evolutionary education.

Speaking from experience, I cannot overestimate the value of parents who pray for their kids enrolled in evolutionary education. Pray for their protection, for wisdom, for discernment, for confidence in Christ. Pray for a strengthened walk with God, for strong Christian community, and for God to bring the right mentors into their lives.

Knowing that I have praying parents whom I can call about anything, anytime, has been one of my most important anchors during my own experiences as a student in secular education. For instance, before my most evolutionary-intensive classes, or whenever the waves of Darwinism I encountered seemed especially persuasive, I always appreciated being able to text my Dad, asking him to pray. Powerful and effective (James 5:16), prayer is arguably the most important lighthouse-building initiative that Christian parents can take.

As important as these seven initiatives are, building a lighthouse for your family is only the beginning. The responsibility to use the lighthouse and to maintain a strong personal walk with God into adulthood remains with your children. And of course, they need to be converted. Though it is very easy to simply assume that a child raised in a Christian family has a personal relationship with Christ, this is not necessarily so. If not, such a person is a ‘sitting duck’ for evolutionary indoctrination, and for wandering away. They need to be following Jesus as their own Lord and Saviour, not just going along with things because of their family’s influence.

You can’t be a Christian for your kids. But you can encourage and support them to maintain their own confident walk with God throughout evolutionary education by being aware, being faithful, investing in resources, investing in time, promoting critical thinking, promoting gentleness and praying consistently for your kids. The resulting lighthouse that you build will be a supportive home base which empowers your kids to not only stay afloat in evolutionary education, but to reach their destination stronger. 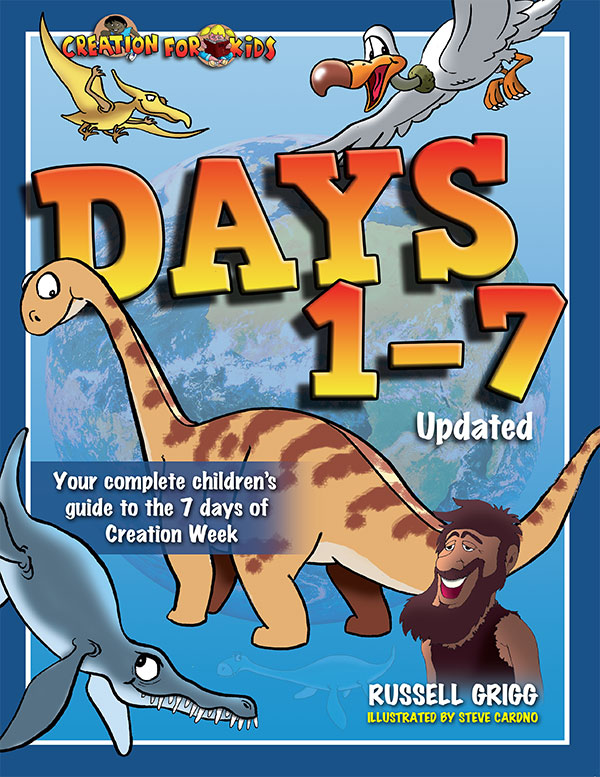