They are teaching lies to our kids

A friend recently showed me a copy of his teenage son’s new science text book. He’s studying in a government high school in Queensland, Australia, and there’s a whole unit on evolution.

It made my blood boil.

Kids have great text books these days—colourful, attractive, well laid out, and interesting. But the treatment of evolution by this text was ill-informed, erroneous, one-sided, bigoted and doctrinaire.

But they are just following the state syllabus. The book is called Science Focus 41 and was written for the science syllabus, stages 4 and 5 in the adjoining state of New South Wales.

The evolution unit tells the students in plain and simple language that they have evolved ‘From bacteria to humans’. It reinforces its message with images that powerfully influence even those kids who don’t read. The pictures also bypass the critical faculties of those who do read.

One image was of a naked human with a cute ape. Message to students: you were not created in God’s image but you evolved; you are just an animal.

Another image was the series of naked primates changing from stooped apes into upright humans. It’s an iconic image that featured on the cover of Jonathan Wells’ exposé of such classical ‘proofs’ of evolution in his ‘Icons of Evolution’. It's a racist image too, but I've dealt with that in another article.

I wonder if any of those who wrote that unit have read Wells’ book. Their unit draws heavily on the age-worn icons that Wells decisively discredited. Have they deliberately ignored his scientific critiques? Does it worry them that they are feeding the kids wrong information? The words that came to my mind were ‘ignorant, stupid, insane, or wicked—but I’d rather not consider that’, a saying of Richard Dawkins, who was referring to creationists.

As I looked through the unit I found it was full of out-dated information and scientific errors. You could write a whole book refuting the stuff, but there already are books that do that (See for example: Refuting evolution 1 and 2).

Here’s some of the wrong information presented.

You could write a whole book refuting the stuff, but there already are books that do that.

Darwin’s finches (p. 228) These do not support evolution in the way the text book defined it—‘From bacteria to humans’. They are an example of natural selection but that does not generate any of the new genetic information needed for evolution to work. (See: Darwin’s Eden.)

Natural selection (p. 232) This goes the wrong way for evolution. It only sorts and removes genetic information that’s already there. (See: Clarifying the confusion about natural selection.)

Peppered moths (p. 233) Even if the experiments are valid, they would only demonstrate natural selection, and that is not evolution. Even evolutionists recognize that. (See: Goodbye peppered moths.)

Speciation (p. 234) Again, speciation is not evolution—new biological species form without any new genetic information. Speciation won’t turn ‘bacteria to man’. Actually, the creation model explains speedy speciation, but evolutionists are surprised at how quickly it works. (See: Too dry for a fly.)

Convergent evolution (p. 235) A name invented to explain similarities in characteristics of animals that are unexpected and improbable. Sometimes it’s called homoplastic evolution. Such characteristics are powerful evidence for design. (See: Are look-alikes related? and Could the mammalian middle ear have evolved twice?)

Miller-Urey experiment (p. 240) Shame! It used the wrong atmosphere, produced the wrong chemicals, and did not produce anything remotely like life. No one knows how life could possibly have arisen by naturalistic processes, but the students are not told that. (See: Why the Miller Urey research argues against abiogenesis.)

Comparative anatomy (p. 243) Sometimes evolutionists claim similar body plans support a common ancestor but at other times they don’t. It’s obviously subjective and there are many features in embryonic development that contradict the claim. Similar designs are good evidence for a common designer. (See: ‘Not to Be Used Again : Homologous Structures and the Presumption of Originality as a Critical Value and Does homology provide evidence of evolutionary naturalism?)

Embryonic development (p. 244) Shame! Shame! This has long been abandoned as evidence for evolution. Haeckel’s drawings are blatantly fraudulent.

Gene duplication (p. 246) If you submit two copies of your assignment you won’t get double the marks. Copying does not produce new genetic information—it simply replicates what is already there. How did the information arise in the first place? (See: Do new functions arise by gene duplication?)

Human evolution (p. 249) The hominid evidence can be sorted into human and ape fossils. The transitional claims are belief-driven interpretations based on cases where the evidence is scanty and ambiguous. (See: The non-transitions in human evolution on evolutionists terms.)

The treatment of evolution in the textbook is shameful. It presents itself as scientific but this unit is scientifically wrong on the central evidences it presents and woefully out-of-date. It’s misleading, uninformed, one-sided and erroneous. It takes a condescending swipe at creation and insults those who hold a different view.

It’s an Australian example but a world-wide problem.

Textbooks, it seems, are just one part of a strategy to censor information available to children, similar to what has been exposed in the movie Expelled? The entire evidence has been presented within the secular, atheistic, materialistic, humanistic worldview.

This textbook brings to my mind the tragic statement by Darrell Scott, whose daughter Rachel was shot dead on 20 April 1999. Along with 12 others, she was gunned down by two young male students at a high school in Columbine, USA. One was wearing a tee shirt with ‘natural selection’ emblazoned on it.

‘If children are taught that they came from slime, that they evolved from a lower form of life, and that there's no future after death, then their views of life are affected by that … life really doesn't have the meaning that it does to children who believe they are created in God's image and that they have not only this life but a future life as well.’

It’s time these educational establishments stopped teaching deadly lies to our kids. Down the track the same governments that finance this despicable, destructive indoctrination will be employing more police, building bigger gaols and enacting more draconian laws to try to cope with the fallout. It’s just plain crazy. 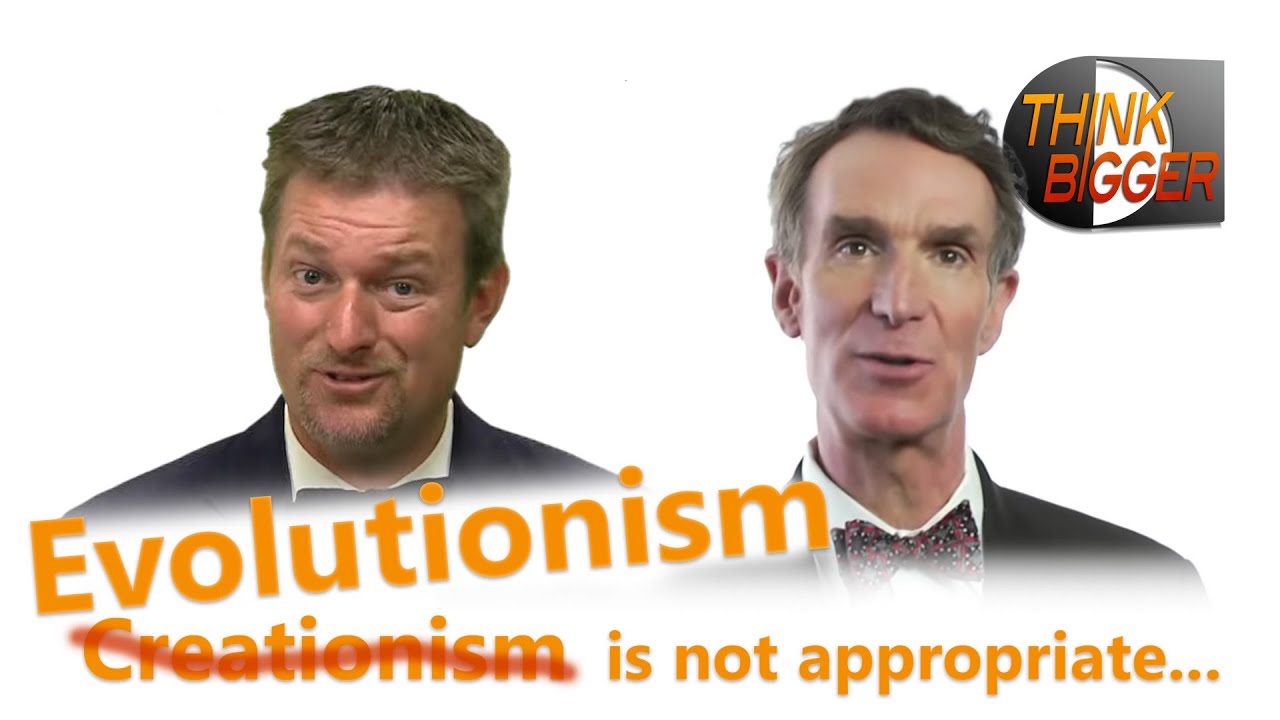