Christianity stands or falls on the historical accuracy of Genesis1

Thomas Huxley (1825–1895) was a prominent nineteenth century agnostic and a friend and supporter of Charles Darwin. Regarding biblical authority he wrote,

“I am fairly at a loss to comprehend how anyone, for a moment, can doubt that Christian theology must stand or fall with the historical trustworthiness of the Jewish Scriptures… if Abraham is more or less a mythical hero … the Story of the Deluge a fiction; that of the Fall a legend; and that of the Creation the dream of a seer; if all these definite and detailed narratives of apparently real events have no more value as history than have the stories of the regal period of Rome—what is to be said about the Messianic doctrine, which is so much less clearly enunciated: And what about the authority of the writers of the books of the New Testament, who … have not merely accepted flimsy fictions for solid truths, but have built the very foundations of Christian dogma upon legendary quicksands?”2

“The writings of the bible were put down on paper by (mostly) old men who acted out of complete ignorance (for example the world was created in 7 days and is about 6,000 years old). We now know that that is COMPLETE nonsense so why should anyone have to abide by this rubbish?”3

Science, we’re told, has proven the biblical account of human history to be nonsense and, hence, Christianity was built on nothing more than “legendary quicksands”.

Today, this argument reigns supreme. Science, we’re told, has proven the biblical account of human history to be nonsense and, hence, Christianity was built on nothing more than “legendary quicksands”. The media continually assert that the truth of evolution has been established beyond all reasonable doubt and that anyone who denies this has no more sense than a ‘flat-Earther’. Such is its general acceptance that well-known broadcaster John Humphrys stated on BBC Radio’s Today Programme, “We now know that evolution is a fact. Well, I mean there are some slightly bonkers people out there who don’t believe that I suppose. But, nonetheless, we do know that.” Indeed, so confident was he that Darwin had explained how microbes had become men, he even posed the question, “What else is there to answer?”4

Faced with such an onslaught, many church leaders today prefer to avoid the origins issue altogether. They say that it doesn’t really matter how the universe came into being or how life began or whether Adam and Eve were real people. However, while these questions might be unimportant to them they are clearly very important to others. The writers of the New Testament clearly regarded Genesis as literal history; if they were wrong in this then why should anyone believe what they wrote about anything else?

How did Christ and His Apostles view the Old Testament?

Rudolph Bultmann was Professor of New Testament at the University of Marburg, Germany and one of the most influential theologians of the twentieth century. Although he regarded much of the Bible as mythical, he had no doubt that Christ Himself held to the inerrancy of Scripture. He wrote, “Jesus agreed always with the scribes of this time in accepting without question the authority of the (Old Testament) Law.”5 Indeed, according to Jesus, “Scripture cannot be broken” (John 10:35) and “not an iota, not a dot, will pass from the Law until all is accomplished” (Matthew 5:18). When referring to the Old Testament, He would often assert, “It is written”, making clear that He considered Scripture to be the final authority in all matters of faith and life. Along with the Pharisees He regarded the Old Testament as truly God’s Word. When quoting Genesis 2:24, for example, He affirmed that it was God speaking (Matthew 19:4, 5) even though the passage itself does not specifically state this.6

In his second letter to Timothy the Apostle Paul wrote, “All Scripture is breathed out by God and profitable for teaching, for reproof, for correction, and for training in righteousness” (2 Timothy 3:16). Commenting on this verse, and the New Testament in general, Frederick C. Grant, Professor of Biblical Theology at Union Theological Seminary wrote, “Everywhere it is taken for granted that what is written in scripture is the work of divine inspiration, and therefore trustworthy, infallible, and inerrant.”7

From this it might be understood that Professor Grant held to a similarly high view of Scripture. Not at all! In fact, like Bultmann, he believed much of the Bible to be based on myths. Despite this, and along with many other liberal theologians, he recognised the Apostles’ unswerving commitment to the Old Testament as the Word of God and as unquestionably trustworthy in everything it teaches.

It is not difficult to see why scholars understand this to be true.8,9 In the Apostle Paul’s thinking, the Jews had been “entrusted with the oracles [the very words] of God” (Romans 3:2). When referring to the Old Testament he had no hesitation in affirming, “The Holy Spirit was right in saying to your fathers …” (Acts 28:25). Similarly, when quoting from the Psalms, the Apostle Peter stated that, while the words came from the mouth of David, it was the Holy Spirit speaking (Acts 4:24, 25). Moreover, he affirmed that “no prophecy was ever produced by the will of man, but men spoke from God as they were carried along by the Holy Spirit” (2 Peter 1:20–21).

Both Jesus and His Apostles undoubtedly regarded Genesis as history. Jesus, for example, affirmed the creation of Adam and Eve (Matthew 19:4), the murder of Abel (Luke 11:50, 51), the Noahic Flood (Matthew 24:37–39) and the destruction of Sodom and Gomorrah (Matthew 10:15). Moreover, for Him, these were not simply interesting stories; rather they provided the basis for understanding important spiritual truths. Similarly, the Apostle Paul built his teaching on events recorded in the Old Testament, such as the doctrine of Original Sin (Romans 5) and the role of men and women in the church (1 Timothy 2:12–14). The writer to the Hebrews referred to the accounts of Abel, Enoch and Noah as real events that happened to real people (Hebrews 11). Significantly, this letter was written to encourage Christians who were facing serious persecution; but what use are mythical characters to those potentially facing death? The idea that anyone would think that such people might be helped by reminding them of stories suitable only for Sunday School children is absurd. The writers of the New Testament undoubtedly accepted the first book of the Bible as historical and Huxley was right: if Genesis is wrong, Christianity was built upon no more than “legendary quicksands”.

He explained how he came to realise how hard it could be for youngsters of Christian families when their science teachers argued so confidently that science contradicted the Bible.

In 2014, I undertook a speaking tour of southern Spain where I met a Christian head teacher. During our conversation he told me why he became involved in the creation ministry. He explained how he came to realise how hard it could be for youngsters of Christian families when their science teachers argued so confidently that science contradicted the Bible. He had come to see the real inner turmoil of these kids when they had no answers. Seeking to reassure them by saying that the origins debate really doesn’t matter just wasn’t an option.

Nor is this an appropriate answer for adults. If evolution is true then the Gospel becomes irrelevant. If God didn’t originally produce a perfect world with a sinless human couple, then there never was a ‘Fall’ and people will inevitably start to question whether there’s really any need for a saviour. If people gradually emerged from animals through selfishness and ‘survival of the fittest’ then the concept of sin is meaningless—it is just a human instinct bred into our nature by the evolutionary process. If the world has always been the violent and miserable place it is today, then, if there is a Creator God, surely He is responsible for it. It would be hard to find a set of beliefs that, while sometimes masquerading as evangelically faithful, depart in greater measure from the plain teachings of the Bible.

The church must return to “the faith that was once for all delivered to the saints” (Jude 1:3). This holds that Jesus not only spoke the truth but was, in His very person, the truth (John 14:16). He was and is God’s Word and cannot have taught error (John 1:1, 14). We can confidently assure people that Jesus was right, that the Bible can be trusted and that if they seek the truth about these matters they will find it (Luke 11:9). We can point them to the many articles in Creation magazine and the many books and DVDs available from our webstore which demonstrate the folly of evolutionary beliefs and the truth of the biblical account of creation and human history. Contrary to media propaganda, it is not those who believe Scripture who are in difficulties; rather it is the atheists. At Creation Ministries International we do all we can to make this known and to point people to the Creator and saviour, Jesus Christ as revealed in the Bible—God’s infallible and Holy Word. 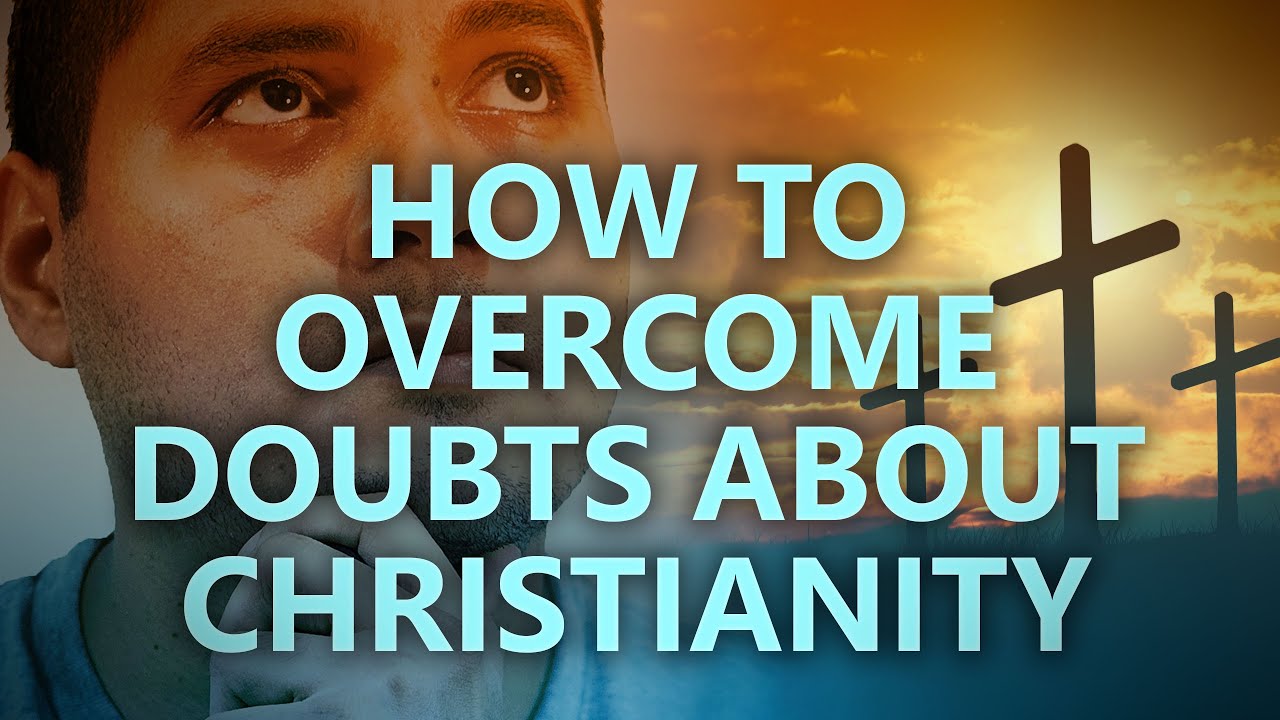