When he scrambled into the cavern deep below the surface of the earth, professional photographer Richard Fisher was awestruck. “It is like walking into the Land of the Giants.”1

Before him in the torch light were the largest crystals he had ever seen. Their faceted surfaces gleamed like translucent columns in moonlight. Some crystals were as large as mature pine trees, more than 15 m (50 ft) long and 1.2 m (4 ft) across—now among the largest crystals known on Earth. They are composed of the mineral selenite, a crystalline form of gypsum (CaSO4.2H2O).

Two brothers, Elroy and Javier Delgardo, working with the Naica silver and lead mine of central Chihuahua, Mexico, discovered the caverns in April 2000. They were blasting a new tunnel 300 m (1,000 ft) below the surface at the time.2

The cavern was crammed full of monstrous crystals, some long and slender, most short and pointed.

Inside the cavern, the heat is unbearable. It is 65°C (150°F) and 100% humidity, and a human can only function for five or ten minutes before passing out.

The caverns sit within the same body of limestone that hosts the silver, lead and zinc deposits. Geologists envisage a huge chamber of superheated molten rock, kilometres beneath the mountain, forced mineral-rich fluids up through faults to the surface. The hydrothermal fluids enlarged joints and dissolved great caverns in the limestone. Some caverns filled with ore minerals. Others, more isolated and calm, became nurseries for gypsum crystals, which grew while the fluid completely filled them.

According to mine exploration superintendent, Roberto Villasuso, the crystals probably would have taken between 30 to 50 years to grow.

Most people imagine such large crystals would take many thousands of years to grow, perhaps millions. Not so. To grow in the liquid so evenly, conditions within the cavern would have to remain stable. According to mine exploration superintendent, Roberto Villasuso, the crystals probably would have taken between 30 to 50 years to grow.

Romanian cave expert, Dr Emil Silvestru (see ‘Caving in’ to Creation) agrees that the crystals grew quickly. “A huge cavern in such circumstances could not remain isolated for long.” Emil added, “Any movement of water would have altered the crystallization patterns and the final form of the crystals. Given their clarity and size, I believe the crystals took much fewer than 30 years to form.”

The idea that large crystals can grow rapidly may astonish many folk. But for the person familiar with the global Flood described in the Bible, quick forming crystals are no surprise. 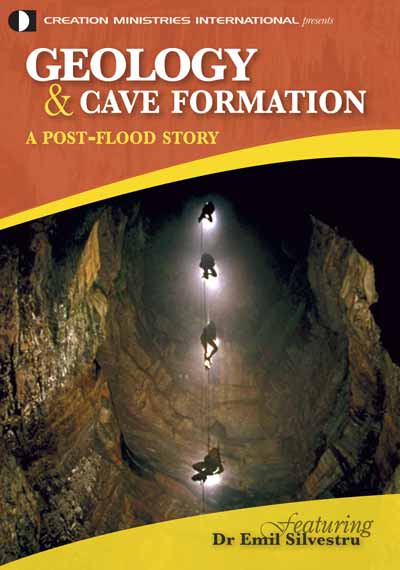