Perfectly fit for its life in the trees, the colugo just doesn’t ‘fit’ into the evolutionary ‘tree of life’

Despite the colugo’s inconspicuous existence and nocturnal habits—gliding silently from tree to tree high in the tropical rainforest canopy—this reclusive leaf-eating mammal of Southeast Asia has certainly stirred evolutionists.

That’s because the colugo just doesn’t ‘fit’ the supposed ‘evolutionary tree of life’.

“It’s a colugo or ‘flying lemur’, though this is something of a misnomer, as it doesn’t actually fly, and it certainly isn’t a lemur. In fact, nobody’s quite sure who its closest relative is.”1

‘There is a correct tree of life, but we don’t yet know what it is.’—Richard Dawkins, The Colugo’s Tale, 2004

As in other gliding mammals, a thin gliding membrane or patagium extends from the colugo’s body to the limbs. But there are striking differences between it and other mammalian gliders, which are either rodents (order Rodentia, e.g. the flying squirrels of America and Eurasia) or marsupials (order Marsupialia, e.g. the flying phalangers, sugar gliders and feathertail possums of Australia and Papua New Guinea). Colugos are neither. They are the only members of the “obscure and tiny”2 order Dermoptera—‘skin-wings’.

The colugo’s large patagium gives it a wingspan of up to 70 centimetres (27 in)—the size of a large doormat. Also, unlike the other gliders, the membrane embraces nearly the entire body margin, extending to the tail, limbs and tips of the fingers and toes. This webbed space between fingers and toes is why evolutionists for some time thought they could place colugos somewhere ‘near’ the ancestor of bats on the ‘evolutionary tree’. Outspoken evolutionist Richard Dawkins (trying to explain how neo-Darwinism might bridge the mind-bogglingly huge gap between non-flying and flying animals) wrote in his 1996 book Climbing Mount Improbable:

‘We are more closely related to flying lemurs than we are to half-apes.’—Professor Ulfur Arnason, Department of Evolutionary Molecular Systematics, Lund University, Sweden

“My guess is that both bats and birds evolved flight by gliding downwards from the trees. Their ancestors might have looked a little like colugos.”3

Evolutionists at that time thought that “an early branch of the ‘primate’ tree gave rise to the megabats via the intermediate, gliding dermopterans”4—i.e. from colugos came bats.

However, by the time Dawkins wrote The Ancestor’s Tale (2004),5 new evidence had come to light which forced evolutionists to abandon the earlier colugo-to-bat idea.6 Instead, they were now seeking to link colugos with tree shrews (order Scandentia) and primates (order Primates). Dawkins refers to the change-of-mind leading to this supposed ancestral ‘rendezvous’:

Highlighting the turnaround, Professor Ulfur Arnason of Sweden’s Lund University, remarked that “the classic orders are not as self-evident as we previously thought”, adding, incredibly: “We are more closely related to flying lemurs than we are to half-apes.”7

Such is the efficiency of the colugo’s aerodynamics that it loses only one metre of vertical height for every 12 or so metres travelled horizontally.

In a remarkable use of spin, Dawkins refers positively to the changeability and uncertainty of ideas about evolutionary pathways, even using it in The Ancestor’s Tale as the ‘moral’ for his section entitled “The Colugo’s Tale”:

“The affinities of the tree shrews and the colugos, to each other and to the rest of the mammals, are subject to dispute and uncertainty. There is a lesson in that very fact, and it is the lesson of the Colugo’s Tale.”5

Dawkins was certainly right about “dispute and uncertainty”. Subsequent published research papers contradict each other in their interpretations of molecular and genomic data. While researchers agreed that the formerly “prevalent interpretation” that “bats and colugos are sister groups” had now been “resoundingly rejected by all molecular studies”, the uncertain placement of colugos relative to tree shrews and primates is very much “still a matter of debate”.2,8,9

As Dawkins admitted in “The Colugo’s Tale”:

“There is a correct tree of life, but we don’t yet know what it is.”5

The colugo’s characteristic ‘mix’ of features utterly foils evolutionists’ attempts to invent for it an evolutionary history (see box).

The fossils are no help to evolutionists, either. They concede that “the first true dermopteran fossil”, allegedly 34 million years old, “differs little from modern colugos”.10

Why has there been no evolution in all that (supposed) time?

Evolutionists’ disparagement of the colugo as ‘primitive’ contradicts their own observations. E.g., the colugo is “the champion of all gliding mammals”.11 With its “superior gliding skills”,1 it can glide more than the length of a football field, execute 90-degree turns and then gently alight on a tree trunk. Gliding is certainly a great way to move from tree to tree in southeast Asia’s tropical forests where tree canopies are often discontinuous (i.e. not joining). It uses much less energy than climbing down then up, and avoids terrestrial predators. And such is the colugo’s aerodynamic efficiency that it loses only one metre of vertical height for every 12 or so metres travelled horizontally.

In a single night, a colugo might have to travel as far as 3 km (2 miles), to find its fill of young leaves (diet can also include flowers and fruit). The colugo masterfully controls its launch and landing—slowing its gliding speed by 60% and spreading the landing impact across all fours with its needle-sharp curved claws embedding securely into the tree trunk in one seamless land-and-hold-tight operation. This requires a whole lot more than the gliding membrane to be fully functional—everything had to ‘work’ from the very first!

What do colugos do if foliage gets in their way? One researcher recalls that “they will actually collapse their membrane, haul through the leaves and then open up and glide some more. Obstacles are not much of an issue for them.”11

Such evident design attributes point to the colugo having indeed been designed, by the Designer spoken of in the Bible. Around 6,000 years ago He created creatures to reproduce “according to their kind” (Genesis 1:24–25), perfectly consistent with the fact that fossils show that colugos have always been colugos. It’s no accident that the colugo’s design thwarts naturalistic explanations of origins (Romans 1:20).

The colugo is beautifully fit for real trees, not evolutionary ones.

The colugo ‘mosaic’ of features—both unique and shared with other creatures—thwarts even the most creative evolutionary storyteller’s conceptions of what evolutionary pathways might have led to it: 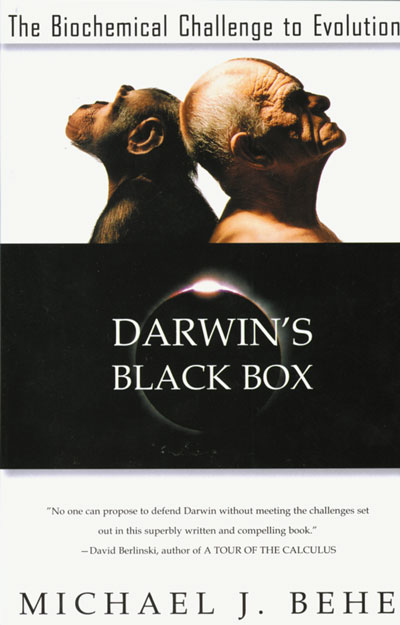