Computers on the Ark?

This is the pre-publication version which was subsequently revised to appear in Creation 33(2):40–41.

Genesis spends three whole chapters describing a globe-covering Flood and an enormous vessel built to preserve all vertebrate kinds. Jesus Himself affirmed the reality of this Flood and Ark, as well as its builder Noah, in Luke 17:26–27. However, few biblical accounts have been mocked as much by atheists and compromisers.

Many base their objections on the impossibility of primitive men building an ocean-liner-sized vessel and caring for thousands of animals. But ancient people were much more intelligent than such objections give them credit for. After all, modern people have endured loads of mutations every generation, so we have degenerated by comparison, as shown by our much shorter lifespans.1,2

Korean naval architects have shown that a wooden ship with the dimensions of the Ark would be incredibly stable … it were only 30 cm (1 foot) thick, it could have withstood waves over 30 m (100 feet) high.

In Creation magazine we have documented huge ancient ships, such as the Leontifera with 1,600 rowers;3 and low-tech farming methods that are used to keep animals safely and hygienically over the winter months, such as the Dutch potstals and grupstals.4 It’s also likely that Noah knew about such ancient techniques as cross-planking for strength, wood hardening, and the very strong mortice-and-tenon joints (see also the resources on the right). Korean naval architects have shown that a wooden ship with the dimensions of the Ark would be incredibly stable.5 In fact, if it were only 30 cm (1 foot) thick, it could have withstood waves over 30 m (100 feet) high; even damaging tsunamis rarely reach this height even when they finally break on-shore; out at sea they are only a few inches high.6

However, some have hugely overstated the case by arguing that Noah had access to extremely advanced technology. For example, we have argued that a recent Ark claim could not be genuine since there are marks of wood planing with a rotating cutting head,7 but defenders have argued that Noah could have had electrical tools. Another well-known creationist leader claimed Noah and his contemporaries could have had tools, machines and techniques not inferior to those of today.

This is obviously fallacious: if they had techniques just as good as ours, then why didn’t they use a lightweight and strong titanium alloy, attach an outboard motor, and for good measure, videotape the events for posterity?

Intelligence is not enough for scientific advance. Historically and logically, the rise of modern science depended strongly on certain assumptions, and these were derived from a biblical Christian worldview.

Furthermore, such claims overlook a vital factor: intelligence is not enough for scientific advance. Historically and logically, the rise of modern science depended strongly on certain assumptions, and these were derived from a biblical Christian worldview, including honesty, rationality, and a Lawgiving Creator and upholder of the universe.8 Conversely, science was stillborn in many ancient cultures such as Greece and China. Also, much of today’s technology comes not from superior intellect per se, but from building on the results of previous research. The great creationist scientific genius Sir Isaac Newton9 said, “If I have seen further it is only by standing on the shoulders of giants.”10 This required a relatively peaceful society that provided enough time to investigate nature and pass on the results. [Some have understandably pointed to wartime as a fruitful time for military innovations. But in the overall scheme of things, it’s still the periods of peace that were most advantageous, as opposed to the more specialized advances made in weaponry during war. And even during the wars, there was peace within the countries; e.g. even though the UK and US were on war footing, these nations maintained order. The Flood was different: a society full of violence.]

But the pre-Flood world was far from a biblically-based civilization; rather, it rejected God and was full of violence (Genesis 6:11, Hebrew חָמָס hamas). These are hardly the conditions required for good scientific research, and this is the main thing overlooked by those who overstate Noah’s technology level. 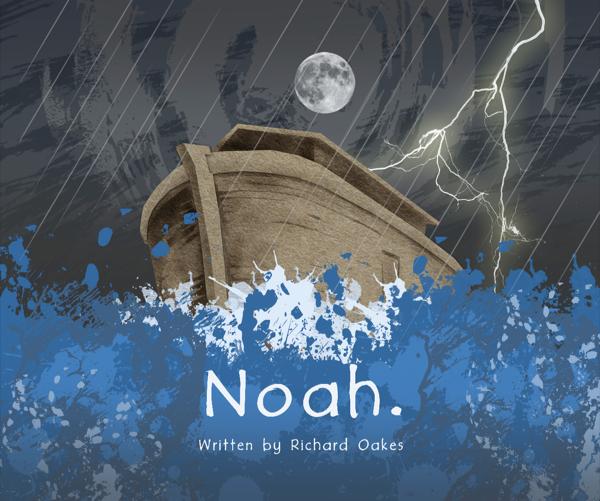