Dr Jonathan Sarfati was born in Ararat, Australia in 1964. He moved to New Zealand as a child and later studied science at Victoria University of Wellington. He obtained a B.Sc. (Hons.) in Chemistry with two physics papers substituted (nuclear and condensed matter physics). His Ph.D. in Chemistry was awarded for a thesis entitled ‘A Spectroscopic Study of some Chalcogenide Ring and Cage Molecules’. He has co-authored papers in mainstream scientific journals on high temperature superconductors and selenium-containing ring and cage-shaped molecules. He also had a co-authored paper on high-temperature superconductors published in Nature when he was 22.

Dr Sarfati has been a Christian since 1984. He has long been interested in apologetics, the defense of the faith, and was a co-founder of the Wellington Christian Apologetics Society (New Zealand). Creation vs evolution is of course a vital area, because of the ramifications for the doctrines of Creation, the Fall which brought death into the world, and their links to the doctrines of the Incarnation, Atonement and Bodily Resurrection of the God-man Jesus Christ.

Dr Sarfati is married to Sherry and they enjoy spending time with their two grand-daughters.

In August 1996, he returned to the country of his birth to take up a position as a research scientist and editorial consultant for Creation Ministries International in Brisbane. In this capacity, he is co-editor of Creation magazine, and also writes and reviews articles for Journal of Creation, CMI’s in-depth peer-reviewed publication, as well as contributing to CMI’s creation.com website.

In 1999, his first book was published—Refuting Evolution, which countered a teachers guidebook by the National Academy of Sciences, Teaching about Evolution and the Nature of Science, which had been widely circulated and publicized. Refuting Evolution now has 450,000 copies in print. Later that year he was a co-author of the updated and expanded Answers Book [note: now entitled The Creation Answers Book], answering 20 of the most-asked questions about creation/evolution. He later wrote Refuting Evolution 2, countering the PBS Evolution series and an anticreationist article in Scientific American.

In 2004, he wrote Refuting Compromise, defending a straightforward biblical creation timeline and a global flood, and answering biblical and scientific objections, concentrating on the errant teachings of day-age/local flood advocate Hugh Ross. It has been acclaimed as ‘the most powerful biblical and scientific defense of a straightforward view of Genesis creation ever written!’ See the introductory chapter and some reviews.

In 2006, he co-authored 15 Reasons to Take Genesis as History with Don Batten, as a concise reference guide for Christians, including pastors and theologians, why Genesis can be trusted as real history of Creation about 6000 years ago and a global Flood.

In 2008, he finished By Design: Evidence for nature’s Intelligent Designer—the God of the Bible. This demonstrates many examples of design in many areas, shows why chemical evolution can’t explain the origin of first life, and answers many objections to the Intelligent Design movement by invoking the biblical Creation-Fall model. 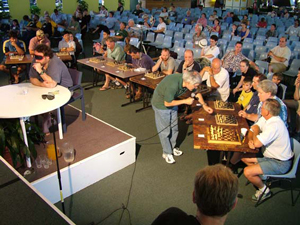 In 2010, Dr Sarfati wrote The Greatest Hoax on Earth? Refuting Dawkins on evolution, a response to leading atheopath Richard Dawkins’ latest book The Greatest Show on Earth: The Evidence for Evolution (see website).

That year, Dr Sarfati emigrated to the USA with his wife to work in the CMI–USA office as author, speaker, apologist, and Head Scientist.

In 2012, he considerably expanded and updated a classic general apologetics book, Christianity for Skeptics, by Dr Steve Kumar of New Zealand. This presents a positive case for the existence of God, the inspiration of the Bible, and the divinity and resurrection of Christ, and answers challenges from suffering, atheism, Eastern philosophy, and Islam. The update now also contains cutting edge material on design in nature, the Christian roots of science, and answering the ‘new atheists’.

In 2015, Dr Sarfati wrote probably his most important and comprehensive book yet: The Genesis Account: A theological, historical, and scientific commentary on Genesis 1–11, almost 800 pages long.

Dr Sarfati is also a keen chess player. He is a former New Zealand Chess Champion, and represented New Zealand in three Chess Olympiads, and drew with Boris Spassky, world champion 1969–1972, in a tournament game (those interested in the game score can see this chess site). In 1988, F.I.D.E., the International Chess Federation, awarded him the title of F.I.D.E. Master (FM). Dr Sarfati regularly accepts challenges from multiple players where he plays ‘blindfold’, i.e. from memory without sight or any physical contact with the board, so moves are communicated via a recognized chess notation (See an example at the Croydon Chess Club). Twelve is the most played simultaneously to date—see photo, above right.

Other Languages
Events near Ashburn
More events
Join our Email Newsletter
Your subscription already exists. We have sent you an email that will allow you to update your details.
Thanks for subscribing