The young earth and the Flood: why they matter

CMI is often known as a ‘young-earth creationist’ ministry. But the ‘young-earth’ issue is not our axiom, i.e. our starting assumption. Rather, it is a theorem, i.e. something logically deduced from our real axioms: the propositions (factual statements) of Scripture. How this is true, and why this matters, is shown by the two interviewees of this issue.

All long-age ideas place rocks and fossils before Adam—and the fossils are a record of death and burial, and often disease and pain. This would entail death before Adam’s sin. But if death isn’t the result of sin, then how could Christ’s death pay for sin?

When Steve Müller (pp. 36–38) first read the Bible, the great Gospel/Resurrection chapter of 1 Corinthians 15 stood out. And this clearly links the Resurrection of “the last Adam”, Jesus, to the sin and death brought by “the first man, Adam”. It was this sin that brought death and suffering into the world God created “very good” (Genesis 1:31). But all long-age ideas place rocks and fossils before Adam—and the fossils are a record of death and burial, and often disease and pain. This would entail death before Adam’s sin. But if death isn’t the result of sin, then how could Christ’s death pay for sin?

Then other propositions of Scripture reinforced this. Ps. Müller became aware there were many passages showing that people were there “from the beginning of creation”, not billions of years after the beginning. And the genealogy of Genesis 5, which Luke 3 quotes as real history, demonstrates that God created a little over 6,000 years ago.

Ps. Müller points out that this issue is not just vital for the Gospel (see also p. 16). It also directly reinforces the authority of Scripture; with the corollary that old-earth compromise undermines Scripture. It also points to the goodness of God, who did not create a world with death and disease. Ps. Müller likes to illustrate this with exquisite pictures of dinosaurs in Eden.

In physical processes, intensity can often be traded for time. Since the Flood was so intense, it explains most of the rocks and fossils on earth, without the need for millions of years.

If the fossils came after Adam’s sin, what could have produced them? Geologist Phil Worts (pp. 20–23) realized the answer: the Flood of Noah’s day. Genesis has three whole chapters on this, and Jesus affirmed the reality of the Flood, Ark, and Noah (Luke 17:26–27).

However, this went against all the secular teaching Phil Worts had experienced. Yet he s found that a global Flood made so much sense of the real evidence. For instance, he found beautifully preserved fossil jellyfish. This was a real problem for long-age evolutionary beliefs, because they were ‘dated’ 2 billion years before any complex life was meant to have evolved. Also, how could something as soft as a jellyfish be preserved at all? This points to rapid burial so it had no chance to disintegrate.

This ties to the age issue, because in physical processes, intensity can often be traded for time. Since the Flood was so intense, it explains most of the rocks and fossils on earth, without the need for millions of years. In turn, without millions of years, evolution is impossible.

Of course, this issue has still more evidence for the young earth, e.g. soft tissue from Triceratops bone (p. 53), the non-evolution of coelacanths (pp. 39–41), and fast gems (pp. 54–55). And the genuine biblical global Flood explains the attractive formation called the Eye of the Sahara (pp. 12–16). We also caution against counterfeit biblical flood claims, such as Sir Leonard Woolley’s silt layer (p. 52).

Even though the creation has been marred by sin, and the earth was totally covered by a Flood, the wonders of creation are still very plain (Romans 1:20). For example, the earth itself is amazingly well designed for life (pp. 32–35). Many creatures on it exhibit exquisite design, such as the great pterosaurs (pp. 24–27), bats that can ‘see’ magnetism (p. 48–49), and beetles with super-strong exoskeletons (pp. 50–51).

And even though we humans descend from fallen Adam, we are still God’s image-bearers who exercise dominion (pp. 46–47). No wonder that all babies are programmed with language ability (pp. 42–43), and that humans have always been ingenious from ancient times (pp. 17–19).

Please don’t keep this to yourself—share it around! 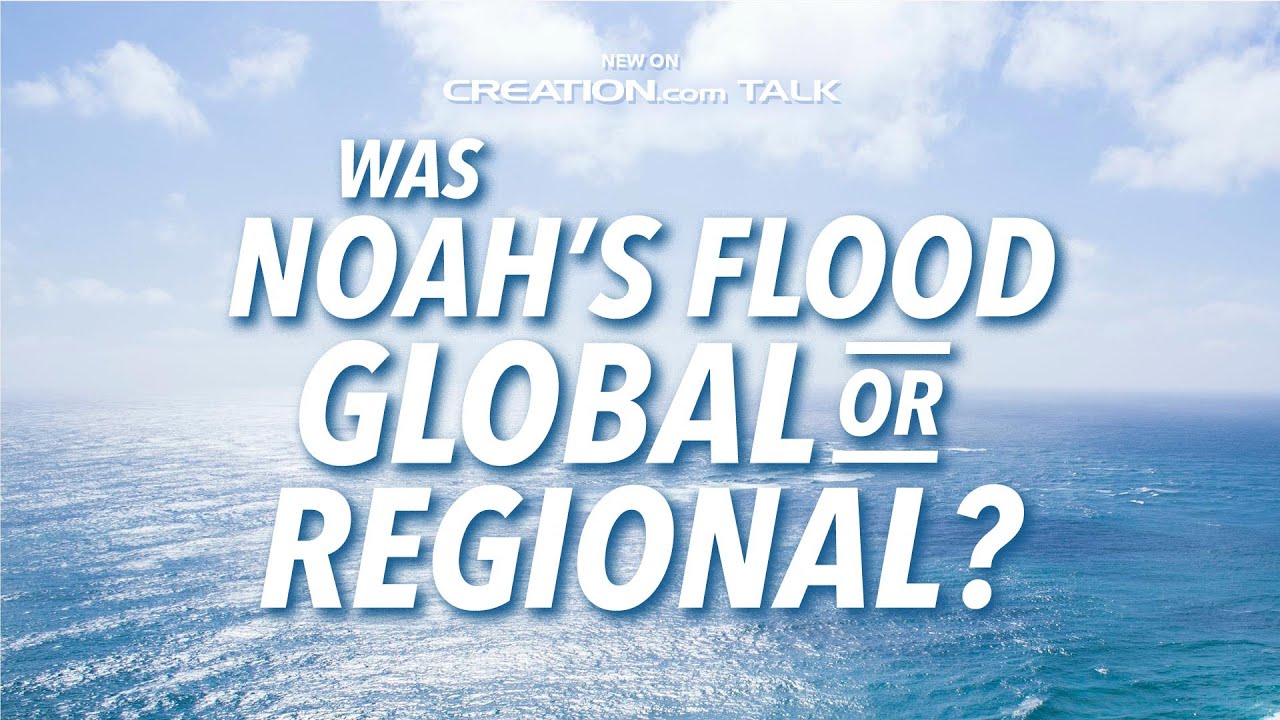 Was Noah’s Flood Global or Regional? 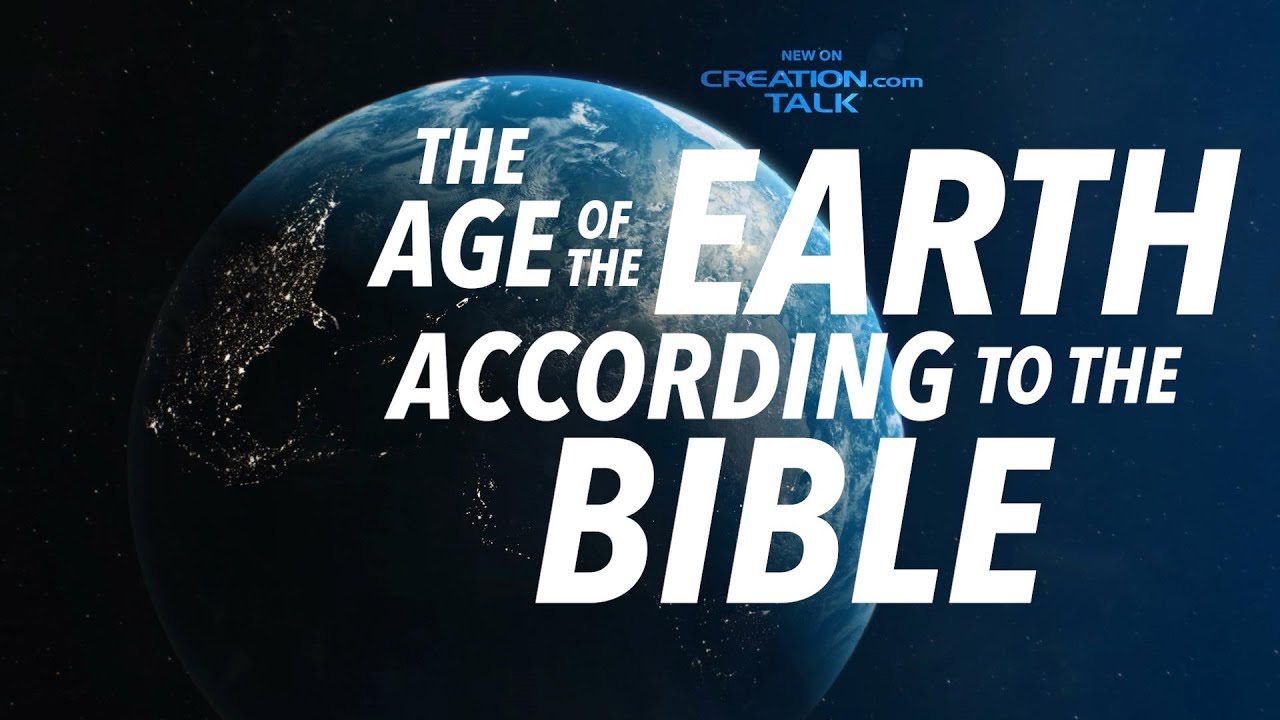 The Age of the Earth According to the Bible 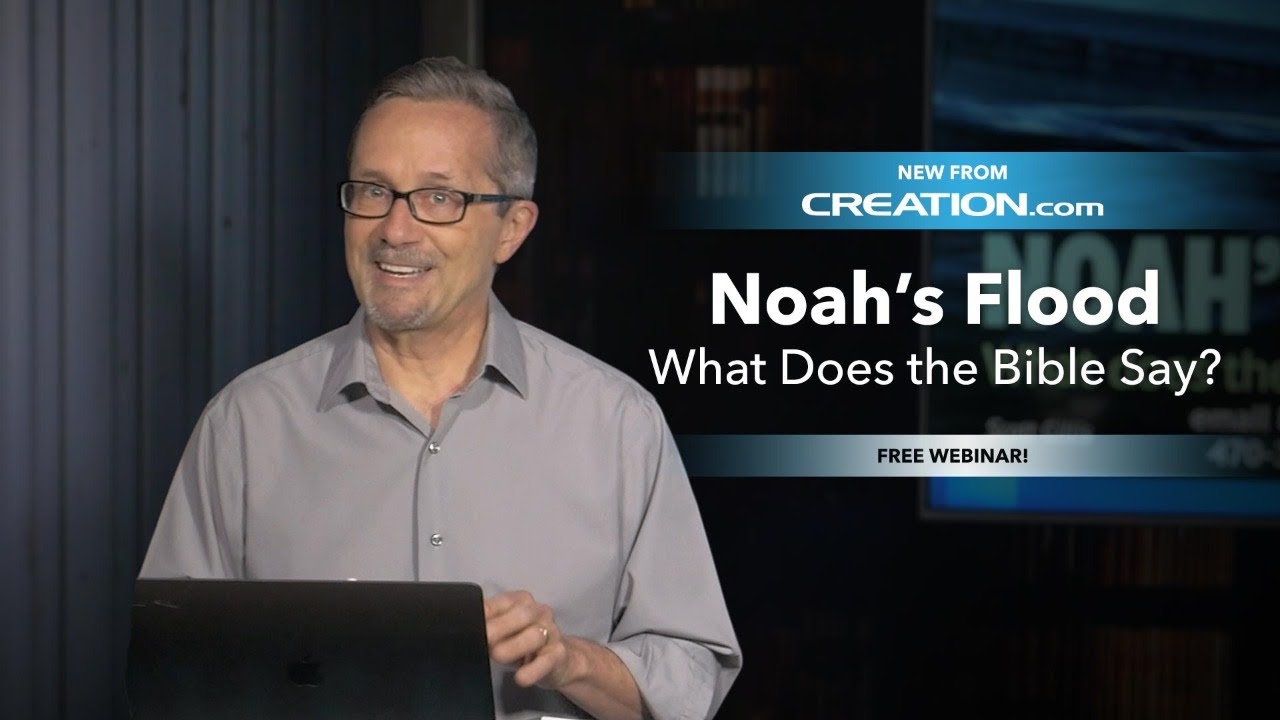 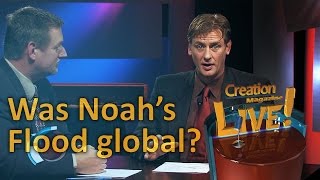