How long can proteins last?

Brian Thomas received a master’s in biotechnology in 1999 from Stephen F. Austin State University, Nacogdoches, Texas, and a Ph.D. in paleobiochemistry in 2019 from the University of Liverpool, UK. He worked as a Christian school science teacher until 2008, when he joined the Institute for Creation Research (ICR) as a science writer and speaker. Dr Thomas has written several creationist books and numerous articles. He has been married to Michele since 1995, and they have four daughters (including a set of twins) and one son.

Scientific interest from an early age

Because of the ‘fact’ of evolution, “I felt forced to doubt Genesis. That kept me from fully trusting God, the author of the Bible and of Genesis.”

Most scientists have been interested in science from a young age, and Dr Thomas is no exception. He explained that he first became interested in science when his mother bought National Geographic books about the earth, stars, and animals. And in the 8th grade, he wrote a memorable report on the armadillo:

My mom helped me write it. I gave her grief over every suggested change. However, in the end I realized that those extra research efforts gave me exciting insights into armadillos and the satisfaction of a well-said sentence. But I didn’t decide to study science formally until my sophomore [second] year at university. I switched from a major in communications to biology when I realized I wanted to look back on having accomplished a hard thing.

Many of today’s students are surprised to learn that scientists can be Christians, let alone creationists. But Dr Thomas pointed out, “Many of the founders of modern science like Kepler, Newton, Maxwell, Faraday, and Pasteur were biblical creationists.” In Brian’s case, he was raised in the church, but like way too many, he had thought that attending church in itself made one a Christian. But this changed for the better at age 13:

I attended a winter weekend retreat in Wisconsin. The Bible teaching made me squirm as I began to realize that I really had no relationship with the Lord. I went forward, repented of sins, trusted Christ, and immediately felt the freedom of forgiveness. It was wonderful.

But after returning home, I faded right back into the world. Eight years later I gave my life to the Lord fully. He made all things new.

For most scientists who are Christians, there comes a time when they interact with evolution. And for many, evolution is all they have heard, so that’s what they accept by default. Dr Thomas was no exception, and he says that because of the ‘fact’ of evolution, “I felt forced to doubt Genesis.” Not surprisingly, doubting the first chapter of God’s written Word rarely stops there, as he explains: “That kept me from fully trusting God, the author of the Bible and of Genesis.”

However, one of Brian’s friends challenged him to prove evolution. While in that process, he found that evolution was hardly settled science, but had faults. Even so:

It took a long time for those faults to add up enough for me to reconsider early Genesis as history, but I eventually ‘did a 180’. Once I discovered the science that supports Scripture, and the perfect interconnectedness of passages from Genesis to Revelation, I got to know a God who wrote words with as much precision as the proteins that He crafted. This is the goal for the new ICR Discovery Center in Dallas.

How can a scientist be a biblical (‘young earth’) creationist?

Ignorance of the creationist foundation of modern science is so widespread that when Dr Thomas informs any secular scientists that he works for ICR, they sometimes think he’s joking. Or more seriously, they assert that no real scientist can believe in biblical creation or doubt evolution. But if a ‘definition’ of scientist would rule out Sir Isaac Newton, then we should throw out the definition!

Furthermore, evidence from Dr Thomas’s own specialist research areas strongly supports creation on scientific grounds. For example, during his master’s research, he studied biochemicals, and he explains the exquisite design even at the atomic level:

My research into the 3D structure of a protein vital to muscle contraction revealed that almost every amino acid, and thus almost every atom, had to take its precise position in sequence for the protein to work—and therefore for the muscles in animal bodies to work. I realized that only a super-genius Creator could have crafted precision instruments down to the atom. I also learned that God takes care of our lives in unseen ways and that His humility keeps Him from complaining about not getting His due credit.

And his recently completed doctoral research seriously undermines the millions-of-years dogma. Dr Thomas explains: “Evolution needs deep time for creatures to morph between kinds.” I.e. vast eons are necessary for evolution—although they are not sufficient:

Since time tears things down and spreads things out, adding more time just works against the idea that hydrogen became humans. I studied really old biochemicals for my recently completed Ph.D. One research branch examined new ways to detect, visualize, and quantify the structural protein collagen in ancient and fossil bone. Collagen should no longer exist in fossil bone, since collagen can’t last for the millions of years attached to fossils. My new techniques revealed tiny collagen remnants in dinosaur fossils. One way to explain these remnants is to swap fossils’ millions of years for mere thousands. This fits all the science plus the Bible’s timing of a recent Noah’s Flood.

Collagen could not last for millions of years…yet secular fossil experts describe collagen in fossils they place at more than150 million years old.

But how do we know that collagen can’t last that long? Actually, this conclusion is in line with already published work, but Dr Thomas’ second research branch re-examined the decay rate of collagen in bone:

I only had data for pig bone by the time of my thesis, but we now have cow bone results that confirm collagen could not last for millions of years—unless stored in liquid nitrogen all that time (i.e. –196ׄ°C/-3200F)! And yet secular fossil experts describe collagen in fossils they place at more than 150 million years old. Collagen in fossil bone is real. I’ve literally seen it in the microscope, and confirmed it with other techniques like Raman spectroscopy and physical extraction. Our experiments have also measured the reality of collagen decay.

These two realities—the presence of collagen in fossils and its too-rapid decay rate1—exclude millions of years for fossils and thus for the vast rock layers that hold them. And without millions of years, goodbye large-scale evolution—quite apart from all the other reasons it can’t work

One of the main dogmas of goo-to-you evolution today is the claim that dinosaurs evolved into birds. Its proponents parade ostensible ‘feathered dinosaurs’ in support. Dr Thomas and I had each independently written on this topic for a number of years, but in early 2018, we joined forces to write a peer-reviewed paper in the Journal of Creation.2 Speaking for myself, I greatly enjoyed this collaboration and ‘iron sharpening iron’ (Proverbs 27:17).

We agree that the Bible doesn’t rule out feathered dinosaurs. We also admit that we are not specialists in the area and lack access to the key fossils, so are open to correction. However, as Dr Thomas summarizes:

Fossil specimens with real feathers, such as the famous Archaeopteryx, look like oddball birds, not dinosaurs.

Our paper expressed doubts that any dinosaur had actual feathers, and supported these doubts with research from experts in fossil birds, i.e. paleornithologists. For example, fossil specimens with real feathers, such as the famous Archaeopteryx, look like oddball birds, not dinosaurs.

And dinosaur fossils with thin fibres nearby don’t necessarily deserve the ‘bird’ label because studies on rotting carcasses routinely show that skin collagen frays into fibres with the same look as those in fossils.

It’s easier for someone to say evolution is true if they think they can point to reptiles that sprouted feathers as examples of evolution. Our paper called for more convincing evidence of feathered dinosaurs and I still haven’t seen it.

As a case in point, one paper promoting feathered dinosaurs at a creationist conference, published after ours, repeated claims we had addressed. It answered none of our objections.

Each of us takes a unique course through life. I try to cling to the Lord always—even when He offers sharp turns in unforeseen directions, like when I switched from being a university professor to a writer, or when He gave us twins only 10 months after our firstborn daughter, or when He opened the door for me to go back to school during my mid-life years. Seek the Lord, stay in the valley as long as He indicates, and step through open doors if and when He directs through circumstances, godly advice—and above all, His Word. 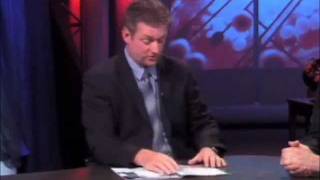