The eye of a lobster (and some other 10-legged crustaceans1 including shrimps and prawns) shows a remarkable geometry not found elsewhere in nature—it has tiny facets that are perfectly square, so it ‘looks like perfect graph paper.’2

This is needed, because the eye focuses light by reflection, unlike most other eyes that focus by refraction (bending of light) by a lens. The graph paper appearance is caused by the ends of many tiny square tubes on a spherical surface. The sides of the tubes are very flat and shiny mirrors, and their precise geometrical arrangement means that parallel light rays are all reflected to a focus3,4 (see diagram).

The square arrangement is crucial, because only with the reflectors at right angles can it form an image from light rays from any direction.4 Also, only if the tubes are about twice as long as they are wide can they reflect most light rays off exactly two mirrors.4

Concentrating light from a relatively wide area is useful when it’s quite dark, but in bright light the lobster’s eye moves opaque pigment to block all light rays to the retina other than those parallel to the tubes.5

Not only does the lobster eye have all the earmarks of being designed by a master designer, it has also inspired human designers. Astronomers had wanted a telescope that could focus X-rays from certain heavenly bodies, but there was no practical lens that would focus X-rays. An ordinary concave mirror wouldn’t work, because X-rays would just go through—they reflect only at glancing angles.

But Roger Angel of the University of Arizona pointed out that this problem ‘might be overcome by copying the design of crustacean eyes.’6,7 The Lobster Eye, launched by a satellite, should enable astronomers ‘to observe a quarter of the sky at any one time’.6 An elaborate process produces a 5 by 5 cm (2 by 2 inches) array of tiny (10–200 microns (µm)8 across) square, hollow tubes made of X-ray-reflecting lead glass, about 0.5–1.0 mm deep, then heated and curved into part of a sphere, just like the lobster eye. A hundred of these would be grouped into modules, and 20 modules fitted to the telescope.

The lobster eye design could also help in making computer chips with electronic components hundreds of times smaller than is possible today. Chips are made with photolithography, where a beam of parallel light shines through a stencil-like mask onto a semiconducting material, and changes it so that acid will not etch the part exposed. Then acid etches the rest away, leaving the desired pattern.

However, there is a limit to how small the pattern can be, because light bends around edges (diffraction), thus spoiling the pattern. Shorter wavelengths mean less diffraction, and use of ultraviolet light has resulted in components only 0.18 µm across. X-rays would be ideal because of their tiny wavelength, but it has been expensive to produce a parallel beam.

This is solved by a device like the Lobster Eye telescope—but running in reverse, as it were (see diagram) X-rays are produced by a laser zapping a small point of metal and heating it to about 1 million °C (almost 2 million °F)—this spot is strategically located at the focus of the ‘lobster eye’, and a parallel beam emerges from the ‘eye’.9

Despite the enormous human ingenuity behind these artificial ‘lobster eyes’, evolutionists refuse to acknowledge a designer for the real thing, which must also be able to repair itself and be connected to a data processor (brain) as well! A designer violates the self-serving ‘rules of the game’ decreed by materialists (cf. Romans 1:18 ff.).10

Instead, they generally believe that this eye evolved from a refracting compound eye with round or hexagonal (six-sided) tubes, as other crustaceans have. Claimed supporting evidence is that the free-swimming lobster larva has a refractive eye, which is transformed into the reflective eye of the adult. However, this is just a variant of the thoroughly discredited embryonic recapitulation theory, which was supported by forged drawings.11 Lobsters clearly already have in place the genetic ‘programming’ for the transformation—this does not explain how this information arose in the first place! Neo-Darwinist theory requires:

The lobster eye seems to illustrate ‘irreducible complexity’.12 That is, unless all the right parts were in the right arrangement, all at once, light rays would not focus. Further, the mirror arrangement produces an upright image, while a lens produces an inverted one, so the brain would also need to be reprogrammed to interpret this major change. Hypothetical intermediate steps between a refractive and reflective eye, e.g. a halfway stage between a hexagonal and square tube, or between a mirror and a lens, would produce a much worse image.5 An organism with such an eye for life would have a serious disadvantage, so natural selection would work against such intermediates. And even a fully formed reflective eye (mathematically impossible to produce in a single step) seems to have little or no selective advantage over the refractive eye, since crabs—which have roughly the same lifestyle in a similar environment—manage fine with refractive eyes. So if even a fully formed reflective eye has little advantage, how much less could natural selection work on hypothetical intermediates, which must have been even less advantageous?13

The lobster eye exhibits amazing design, and has even inspired human designers to copy it for advanced technological applications. This eye, like many other features in living organisms, defies all plausible attempts to explain it without a Designer. 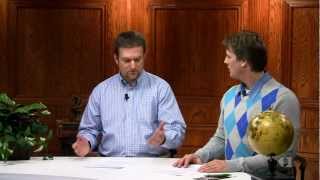 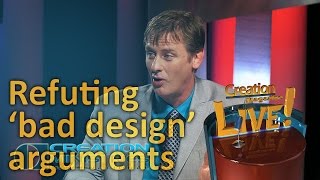