What should creationists think?

Evolutionists are excited about a recent discovery: hind legs in a fossil snake.1

But what was actually found, and what are acceptable—and unacceptable—interpretations?

Actually, the fossil itself is fairly old news: French palaeontologists Jean-Claude Rage and François Escuillié discovered it in 2000, imprinted in a thin limestone block near the Lebanese village of al-Nammoura. The 85 cm (33.5 in) long creature was assigned under uniformitarian stratigraphy to the Cenomian stage, the first stage of the Upper Cretaceous, and ‘dated’ to about 94 million years old. It was first named Podophis descouensi,2 but the genus name was taken so it had to be renamed Eupodophis.3

Alexandra Houssaye from the National Museum of Natural History, Paris, and her team analysed this with the intense X-ray beams from the European Synchrotron Radiation Facility on the edge of the Alps. The process is called computed laminography, where a 3D picture is worked out from hundreds of 2D X-ray images slicing through the creature. Thus the creature could be analyzed in fine detail without destroying it.

Creationists have no problem in principle with loss of features through natural processes. Development of leglessness is not evidence for molecules-to-man evolution, which requires addition of new genetic information.

‘We were sure he had two legs but it was great to see it, and we hope to find other characteristics that we couldn't see on the other limb.’

Indeed, the name means ‘snake with good legs’, so even the legs were not really a new discovery; it was the detail revealed by the advanced analytical technique. But whether ‘legs’ 2 cm (<1 inch) long and missing toes could be classed as ‘good’ is another matter.

A credible evolutionary story should show ‘primitive’ snakes with pronounced legs, and as the snakes become more ‘advanced’, the legs should shrink. Yet the fossil record of snakes doesn’t demonstrate this. Snakes dated as ‘older’ than the leggy ones have not been shown to have legs. Rather, the leggy ones seem to be ‘advanced’ in certain ways. The previously described leggy snake Haasiophis terrasanctus was ‘advanced’ enough to unhinge its jaw to eat prey larger than its head, just as land constrictors like pythons do. This and another leggy snake, Pachyrhachis problematicus, were ‘advanced snakes that re-evolved legs’, according to Olivier Rieppel of the Field Museum in Chicago.4 In other words, he does not believe that this specimen is an evolutionary precursor to the first legless snake.

Under evolutionary theory, leggy snakes should be ‘primitive’, but actually have features that evolutionists consider ‘advanced’

One idea is not possible: that this is a snake from the time of the Fall, where God cursed the serpent in Genesis to crawl on its belly (Genesis 3:14). No, since this is a fossil, it was likely formed in Noah’s Flood, about 1600 years after the Curse. Note also, any geological order is not a sequence of age, but a sequence of burial by the Flood and its after-effects. See Biblical Geology: Properly Understanding the Rocks.

But such fossils might shed light on the nature of the Curse. We don’t know exactly what God did to the serpent, but one possibility is that He turned off the genetic information to make the legs, hips and other features necessary to walk.

If this is so, a mutation might have turned some of this information back on, but incompletely. Also, unused sections of the genome would be more likely to accumulate mutations without natural selection to weed them out. So if this section was turned on over a thousand years after the Fall, it could have been ruined by all the mutations. So the only result is tiny deformed legs too small to walk on. The fact that these leggy snakes were buried in one area and at the same stage in the Flood suggests a common environmental factor affecting this ecological zone.

When God cursed the snakes to walk on their belly, He likely switched off genetic information for the legs and other structures. Leggy snakes could be the result of a mutation switching this information back on, but this information had been damaged by mutations since the Fall.

Nowadays, a much longer time after creation, even more mutational load could have accumulated, meaning that there would be even less coherent information to switch on. Dr John Sanford, inventor of the gene gun, has showed that the rate of accumulated mutational damage is so great that it would have wrecked our genomes completely in the alleged millions of years. See his book Genetic Entropy and the Mystery of the Genome.

Indeed, turning off information happens all the time: every time an embryo grows into an adult. Each individual begins as a single cell—a zygote or an ovum fertilized by a spermatozoon. This fertilized ovum has all the instructions coded in the DNA to make us what we are physically (given the right environmental conditions).

But as the embryo grows, different cells in different places have to specialize, so that only certain instructions are executed—the cells become differentiated. The instructions are there, but turned off somehow, and in the right sequence. There are complicated genetic switches involved, and also a process called methylation—attaching methyl groups to the chemical ‘letters’ of DNA which code for instructions that need to be ‘turned off’.

It is hardly a stretch to propose that the One who programmed the sequences of turning off information during development could turn off information in the snake. Similarly, one explanation of carnivory arising after the Fall is turning on latent genetic information for defence-attack structures—see the specific example of the stinging mechanism in jellyfish. 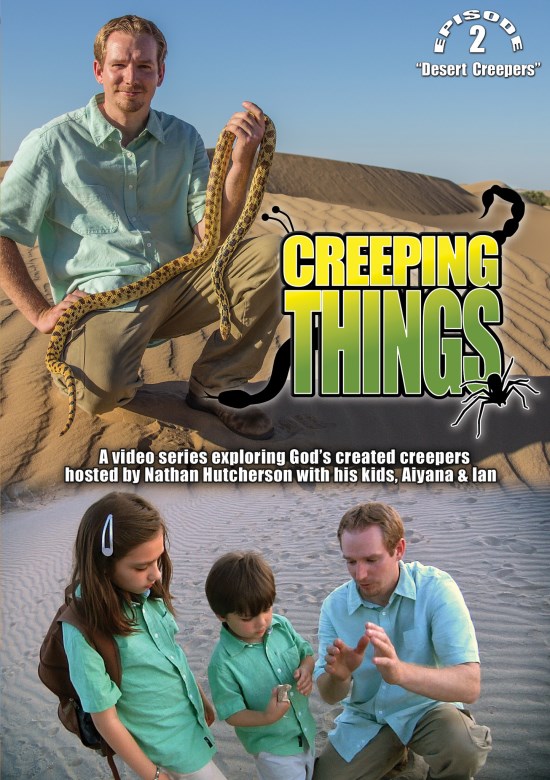