Dr Jim Mason has a B.Sc. in Engineering Physics from Queen’s University, Kingston, Ontario, Canada, and a Ph.D. in Experimental Nuclear Physics from McMaster University, Hamilton, Ontario, Canada. He had a 37-year engineering and management career in defence electronics developing ASW (anti-submarine warfare) systems and land tactical C4 (computerized command, control, communications) systems. This included the positions of Vice President and Engineering and Chief Technology Officer for one of Canada’s leading defence electronics system integration companies and being a member of that company’s Executive Committee. Dr Mason’s hobbies include skiing (downhill and cross-country), gardening/landscaping, home renovating and spending time with his two grandchildren. He and his wife Rosemary have three children and reside just outside Lakefield, Ontario near their two granddaughters.

Without the first 11 chapters of Genesis being taken as historical narrative and plainly understood as written, the rest of the Bible and, in particular, the New Testament message of salvation, does not compute.

Recently during a ministry tour of Canada, I had the pleasure of travelling with Dr Jim Mason, CMI-Canada’s newest speaker. I was interested to find out that he didn’t become a Christian till he was almost 40. So why would a logical scientist accept something that the world largely mocks?

Dr Mason compares biblical Christianity with the Apollo system that sent men to the moon and returned them safely: this included everything that was required, and didn’t have anything unnecessary to its goal. The same is true of biblical Christianity. “However”, Jim says, “the Apollo system, being man-made, was not perfect as amply demonstrated by the near catastrophe of the Apollo 13 mission. Conversely, the Bible/Christianity is perfect, having been crafted by God.”

And as Dr Mason later realised, a vital foundation to this system is the first 11 chapters of Genesis:

“Without these chapters being taken as historical narrative and plainly understood as written, the rest of the Bible and, in particular, the New Testament message of salvation, does not compute. It’s like the Saturn V rocket of the Apollo system. Without it, achieving the mission is impossible. Thanks, in part, to the excellent material on the CMI website, I came to realize that such an interpretation is well-supported scientifically, including in my own area of nuclear physics.”

But if Genesis is foundational, then how can evolution and long ages be reconciled to the Bible? Jim realised that it couldn’t:

“It destroys the Gospel by destroying its foundation. Adam and Eve disappear, original sin disappears, death through sin disappears, the need for a Saviour disappears and indeed, in the end, salvation and eternal life disappear.”

Furthermore, “evolution is at odds with the Bible everywhere”:

“The Big Bang says nothing created everything, versus the Bible that teaches that everything was created by the Word of God; the earth, sun, moon and stars formed by gradual accretion over billions of years rather than in a few days by the Word of God; life occurring by accident rather than by holy fiat; humans evolving over millions of years from an ape-like ancestor rather than being created in the image of God in a single day; death being an essential part of the world from the start rather than being an unintended but necessary consequence of mankind’s original sin.”

No theory of evolution can be formed to account for the similarity of molecules, for evolution necessarily implies continuous change …. The exact equality of each molecule to all others of the same kind gives it … the essential character of a manufactured article, and precludes the idea of its being eternal and self-existent. James Clerk Maxwell

So, what areas of Dr Mason’s own expertise support the biblical creation model and oppose the secular evolutionary one? Jim points to the building blocks of nature and their economy of design, something that impressed the great creationist founder of electromagnetism, James Clerk Maxwell (1831–1879), who wrote:

“No theory of evolution can be formed to account for the similarity of molecules, for evolution necessarily implies continuous change … . The exact equality of each molecule to all others of the same kind gives it … the essential character of a manufactured article, and precludes the idea of its being eternal and self-existent.”1

“Elementary particle physics tells us there are only 3 fundamental particles, each occurring in a few variants resulting in a total of only 24 elementary particles. Everything in the entire universe is made from and held together by these 24 particles.”

Furthermore, he explains that only 12 of these particles provide 3 of the 4 forces that hold everything in the universe together, “design at its best”:

“But that is not all. The relationship between these forces is so finely tuned that even a slight change in just one of these relationships would render the universe as we know it impossible. An accident? I don’t think so!”

In cases where the actual age of the rock is known, radiometric dating techniques typically give wildly erroneous ages. For example, rock formed in a lava flow from Mt. St. Helens in 1986 was radiometrically dated as 2.6 million years old!

Probably the strongest ‘evidence’ for the long ages required by evolution is right in Dr Mason’s field of expertise: radiometric dating. But he explained that it doesn’t actually measure age at all. Rather, it measures the ratio of the radioactive ‘parent’ element to the stable ‘daughter’ element in, say, a sample of rock today. And the age must be inferred by using these measurements in a calculation, and this relies on several unverifiable assumptions; e.g.:

“ … that there was no daughter element present when the rock was formed—i.e. the daughter element is entirely due to decay of the parent in the sample; that no amount of either parent or daughter has leached into or out of the rock since its formation; and that decay rate has not changed over time. If any of these assumptions are incorrect, it can dramatically change the calculation of the age. Since it is impossible to know for sure whether any of these have happened, it is not reasonable to trust the calculated age as accurate.”

“In cases where the actual age of the rock is known, radiometric dating techniques typically give wildly erroneous ages. For example, rock formed in a lava flow from Mt. St. Helens in 1986 was radiometrically dated as 2.6 million years old! If, every time you read a newspaper report concerning an incident about which you had first-hand knowledge, you found that the newspaper report was totally wrong, how many of these would you read before you began to suspect that all the reporting was wrong?”

After about 90,000 years of decay, there is so little 14C left that even today’s very sensitive instruments cannot detect it. … Yet 14C has been found in diamonds … even though the diamonds are allegedly 1 to 3 billion years old.

Furthermore, he shows that the long-agers’ favourite dating method, carbon dating, supports a much younger age. That’s because radioactive carbon is so short-lived it should not be present in anything over 100,000 years old, yet it is found in coal and diamonds allegedly many millions of years old (see his explanation in the box below).

Further evidence for a young age from nuclear physics comes from large amounts of helium found in tiny zircon crystals extracted from rocks that are allegedly 1.5 billion years old. The amount of uranium and lead present in the crystals indicated that the helium was the result of radioactive decay of the uranium. However, in the supposed 1.5 billion years of the rock’s existence, essentially all the helium that would have been produced by this decay should have diffused out of the crystals. Using the amount of helium actually present in the crystals and the rate of diffusion of helium through these crystals as measured by an independent laboratory, the age of the crystals, and therefore the rock from which they came was only about 5,700±2,000 years! This implies that the decay rate was much faster in the past—undermining a key assumption of radiometric dating.2

It should be very encouraging for scientifically-minded young people in church homes to see that real scientists like Dr Mason can embrace biblical creation. So did he have any advice for students thinking of studying science? 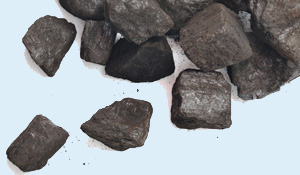 Radioactive 14C is continually being formed in the atmosphere, and makes up about a trillionth of all carbon atoms on Earth. Because it is biologically almost indistinguishable from non-radioactive carbon (12C), it is absorbed by plants during photosynthesis and then by animals eating the plants and other animals eating the animals that eat the plants and, of course, by humans when we eat our burgers and broccoli. When the plant or animal dies, it stops absorbing carbon and the 14C decays without being replaced, thus changing the ratio of 14C to 12C in the dead plant/animal over time. Using very sensitive instruments, the current ratio in a sample of the dead plant/animal can be measured and used (along with the known rate of decay of 14C and the assumption that the ratio of 14C to 12C in the atmosphere has always been the same as today) to calculate an age for the specimen. However, after about 90,000 years of decay, there is so little 14C left that even today’s very sensitive instruments cannot detect it.

Numerous samples of coal from different seams in different parts of the US have been found to contain substantial amounts of 14C, even though, according to the evolutionary time scale, the samples are allegedly between 37 million and 318 million years old. What’s more, the amount of 14C found is of the order of 100 times the sensitivity of the instruments, so it is not simply a minor measurement blip. Some people try to dismiss this as contamination of the sample during processing, but the laboratories that do these measurements have developed sophisticated procedures to make sure that this does not happen. Interestingly, despite the supposed wide range in ages, the age calculated from the 14C measurements for all the coal samples is very similar—about 50,000 years. 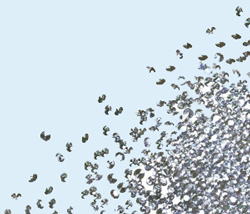 This is still appreciably larger than the biblical age. However, it is reasonable to assume that the amount of 14C in the atmosphere at creation was zero rather than the same as today, that it would take time for it to increase to today’s level, and that the disruption of the Flood would cause other drastic changes to this ratio. Incorporating these things into the calculations can easily bring the computed age in line with the biblical age.3

Carbon-14 in diamonds is another example of a young age measurement in substances that are ‘supposed to be’ very old. Diamond is the hardest substance on earth, because it’s an extremely rigidly-packed crystal of carbon. Therefore it’s impervious to the alleged possible contamination that has been used to try to dismiss the results for coal, although unreasonably. Yet 14C has been found in diamonds at essentially the same level as in the coal samples even though the diamonds are allegedly 1 to 3 billion years old.4