A critique of some current evolutionary origin-of-life models

Evolutionary origin-of-life theories have many hurdles to overcome.1,2,3 To form a self-reproducing cell from non-living chemicals requires the generation of a large amount of information, or specified complexity. A cell must be able to perform many chemical reactions in the right order, place and degree, which requires a number of specific catalysts (enzymes). It must also be able to reproduce the information needed to produce these enzymes.

In all known cells, the specific catalysts are proteins, while the information storage/retrieval and reproduction tasks are carried out by the nucleic acids DNA and RNA. Proteins are polymers of amino acids, while nucleic acids are polymers of nucleotides. Nucleotides themselves are a combination of a sugar (deoxyribose for DNA, ribose for RNA), a nitrogenous base and a phosphate group.

But the DNA itself codes for the proteins, yet requires at least 50 proteins for the necessary decoding, and still others for replication. The noted philosopher of science, the late Sir Karl Popper, commented:

What makes the origin of life and of the genetic code a disturbing riddle is this: the genetic code is without any biological function unless it is translated; that is, unless it leads to the synthesis of the proteins whose structure is laid down by the code. But … the machinery by which the cell (at least the non-primitive cell, which is the only one we know) translates the code consists of at least fifty macromolecular components which are themselves coded in the DNA. Thus the code can not be translated except by using certain products of its translation. This constitutes a baffling circle; a really vicious circle, it seems, for any attempt to form a model or theory of the genesis of the genetic code.

Thus we may be faced with the possibility that the origin of life (like the origin of physics) becomes an impenetrable barrier to science, and a residue to all attempts to reduce biology to chemistry and physics.4

The obvious conclusion is that both the DNA and proteins must have been functional from the beginning, otherwise life could not exist.

To avoid this conclusion, some evolutionists have theorised that one type of molecule could perform both catalytic and reproductive roles. A recent discovery of some catalytic functions in RNA has led many evolutionists to postulate an ‘RNA world’. The idea is that the first life consisted mainly of RNA, which could not only reproduce but also carry out many of the functions now carried out by enzymes. But this model has several dubious postulates:

These postulates are all contrary to experimental evidence.5 It is no wonder that one of the leading researchers into ‘RNA World’ models, Gerald Joyce, wrote:

The most reasonable assumption is that life did not start with RNA …. The transition to an RNA world, like the origins of life in general, is fraught with uncertainty and is plagued by a lack of experimental data.6

Amino acids can be formed (with difficulty12) in Miller-type experiments where reducing gases are sparked, unlike ribose and the nitrogenous bases. Thus some evolutionists are investigating protein-first rather than nucleic-acid-first theories of the origin of life. But proteins do not have anything analogous to the base-pairing in nucleic acids. So there was a surprise in August 1996, when some newspapers and science journals reported a peptide that can reproduce itself. David Lee et al. reported that a short peptide derived from part of a yeast enzyme can catalyse its own formation.13

Lee et al. made a 32-unit-long a-helical peptide based on the leucine-zipper domain of the yeast transcription factor GCN4. They found that it catalysed its own synthesis in a neutral, dilute water solution of 15 and 17-unit fragments. This was an ingenious experiment, but it does not help the evolutionary cause because:

The exact way in which the protein folds is called the tertiary structure, and this determines its specific properties. Although Lee et al. say:

we suggest the possibility of protein self-replication in which the catalytic activity of the protein could be conserved,

they present no experimental proof.

This has been promoted by Stuart Kauffman.15 It claims that large numbers of interacting components spontaneously organise themselves into ordered patterns. Sometimes a small perturbation of a system could cause it to switch from one pattern to another. Kauffman proposes that his idea could account for the origin of life, body shapes and even cultural patterns and economics. Complexity theorists point to computer simulations of the patterns of clam shells and other shapes found in nature.

But this has little relevance to the real world of chemicals. Chemicals obey the Second Law of Thermodynamics, and do not arrange themselves into self-sustaining metabolic pathways. Living cells have molecular machinery to channel the chemistry in the right direction and amounts. If the clam shell pattern on the computer screen was enlarged, there would be no traces of cells with cilia, mitochondria, DNA, etc.16

It is small wonder that even most sections of the evolutionary establishment are sceptical of complexity theory. The cover of the June 1995 issue of Scientific American asked ‘Is Complexity Theory a Sham?’. This issue contained an article called ‘From Complexity to Perplexity’, which said:

Artificial life, a major subfield of complexity studies, is “fact-free science”, according to one critic. But it excels at generating computer graphics.17 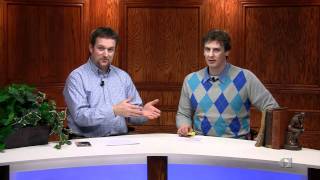