Conspiracy and doomsday scenarios: should Christians be worried?

CMI regularly receives enquiries from Christians fretting over conspiracy theories (such as the ‘LooseChange’ 9/11 theory) and doomsday scenarios (such as overpopulation leading to mass starvation, or global warming ending life as we know it). Generally the enquirer wants to know whether what they’ve heard is true, and if it is, what they should do about it. In today’s feedback Andrew Lamb responds to an enquiry from Robyn M of Queensland about weather control claims made by scientist Tom Bearden, which involve both doomsday and conspiracy aspects.

I was prompted by another Christian website (Cutting Edge – an end times sort of ministry) to purchase a book that would give insight into the scalar technology that is supposedly in the hands of Russians/Japanese et al and its imminent use against the West in a WWIII scenario. The book is very technical and involves a lot of quantum physics I think and way above my head. The author is T.E. Bearden who has a whole paragraph of qualifications and he makes some startling statements. I have been a subscriber to creation ministries all my Christian life and in fact your ministry was most instrumental in my conversion and I have the greatest respect and regard for your integrity and wonderful ministry. My query is: Do you know of T.E. Bearden and his assertions and/or “energetics”, “bioenergetics” and “psychoenergetics” or “scalar interferometry” (weather control amongst other horrors). He quotes E.T. Whittaker and others from the past and says this science has been around for a long time but is being ignored by the West. As I said, the book is beyond my understanding and quite disturbing if it’s true. I would really appreciate if you could give me any information at all as to the validity of these claims. The book is called “Oblivion – America at the Brink”.

Thank you for your email of 9 May, submitted via our website.

No, I hadn’t heard of Tom Bearden before, though I had heard claims of weather control weapons. Bearden’s claims sound rather fantastical, and at CMI we tend to be sceptical of claims involving advanced secret technologies and/or government cover-ups (see later). However, even if Bearden’s claim that there will soon be a World War III involving weather control weapons were correct, should we as Christians be concerned? God is in sovereign control, and nothing can happen that God does not allow to happen.

When people claim as Bearden does that something has been known of by the authorities but suppressed or ignored, they are getting into the realm of conspiracy.

The Bible reveals an over-arching conspiracy—the plan of Satan (aka Lucifer) to usurp God’s place and thwart God’s purposes in Creation (Isaiah 14:12–14). That conspiracy begins in Genesis 3 and ends in Revelation 20.

Originally man had dominion over the physical creation (Genesis 1:28). It has been said that when Adam followed Eve in heeding Satan’s lie and eating the fruit of the Tree of Knowledge of Good and Evil, this was effectively an act of allegiance to Satan, by which Satan usurped Adam’s authority, and became the ‘god’ or ‘prince’ of this world’ (2 Corinthians 4:4; John 14:30).

Satan can co-opt humans in his efforts to accomplish his ends. For example he entered Judas Iscariot (John 13:27) and had possessed others before Judas (Ezekiel 28:12-15; Isaiah 14:4,12–15,22) and will enter the Antichrist in the future (2 Thessalonians 2:3; Revelation 13:3–5). Pharaoh’s attempted mass killing of Hebrew boys (Exodus 1:16; Acts 7:19) and Herod’s mass killing of Bethlehem boys (Matthew 2:16) can be seen as merely two moves in the one overriding plan to prevent Messiah’s coming, with Satan using human agents to implement his anti-God agenda.

So there can be a biblical basis for the existence of conspiracies, but regardless of the various means by which Satan’s evil plans may work themselves out in the temporal world, our duty remains the same—to avoid being distracted by evil, and to continue our vital work of creation evangelism. Remember too that nothing occurs outside of God’s sovereign plan. Genesis 50:20 shows how something meant for harm works out for ultimate good. It even seems that Satan requires permission—see Job 1, Luke 22:31.

If such theories were true it would be all the more reason for us to continue our creation evangelism work with all the urgency we can muster.

Many anti-creationists pride themselves on their scepticism, and deride Christians as gullible and credulous because they believe the miracles recorded in the Bible. They like to accuse Christians of believing anything. But in fact research shows that it is conservative Christians who are the most likely to reject ‘occult and pseudo-scientific notions’—see Superstition vs Christianity. There is nothing wrong with scepticism per se. The prophet Isaiah said, ‘Come now, and let us reason together’ (Isaiah 1:18) and the apostle Paul said ‘Test all things; hold fast what is good’ (1 Thessalonians 5:21). Jesus Himself commanded us to use our minds:

Jesus’ disciples were as naturally sceptical as anyone else. In fact none of them believed Mary Magdalene and the other women when they reported that Jesus had been resurrected, (Mark 16:11; Luke 24:11), dismissing what they said as ‘idle tales’. I invite anti-creationists to consider what occurred to overcome their scepticism.

So, there is nothing wrong with being sceptical when one hears claims of secret technologies, hidden plots, etc., and at CMI we are inclined to disbelieve most conspiracy theories, including the suppression of claimed weather weapons, and the ‘LooseChange’ conspiracy theory (alleging the US government was responsible for 9/11) which several people have contacted us about. But even if these theories were true, the task Jesus commissioned the church with remains exactly the same—‘Go ye into all the world, and preach the Gospel to every creature.’ (Mark 16:15). If such theories were true it would be all the more reason for us to continue our creation evangelism work with all the urgency we can muster.

Our God is a jealous God (Exodus 20:5) who desires total allegiance and fidelity, and faith in Him means heeding His Word in preference to the words of others.

But though we, or an angel from heaven, preach any other Gospel unto you than that which we have preached unto you, let him be accursed. (Galatians 1:8)

Being a Christian boils down to a question of allegiance—choosing to put our faith in the Word of God, both written (the Bible) and living (Jesus Christ) rather than in the words of anyone else, be it Tom Bearden, Al Gore (anthropogenic global warming), or even the Pope. Salvation is essentially a matter of understanding that Jesus was God in human form, and giving one’s allegiance to Jesus. Becoming a follower of Jesus is a straightforward thing (Luke 18:16), not requiring any particular words or rituals. The case of the thief on the cross (Luke 23:39–43) demonstrates this. In calling Jesus ‘Lord’, the thief was publicly declaring his allegiance to Jesus Christ, and in saying ‘today you will be with me in paradise’ (Luke 23:43) Jesus indicated that the thief was saved.

There are a great number of conspiracy theorists out there, and many can produce very plausible-sounding evidence in support of their claims (Bearden is in this category). An individual Christian could never hope to learn the facts and technical details needed to refute or confirm each of them, and in fact one of the defining characteristics of conspiracy theories is their imperviousness to attempts to verify or disprove them. But even if we could discredit all the conspiracy claims but one (say weather weapons) would that mean we should shift our focus as Christians from evangelizing the world to exposing and opposing weather weapons? No.

God really is Almighty, and is quite capable of making available to His followers any information vital to their wellbeing. God has revealed Satan’s rebellious conspiracy, and Satan’s co-opting of humans to do his bidding, but we should not be preoccupied with Satan and his doings. We should follow Nehemiah’s example. When rebuilding Jerusalem’s wall, he wouldn’t allow his attention to be distracted by the plots and ploys of the enemies of God (Nehemiah 6:2–3), but diligently focused himself on doing the work God had set before him. Though we doubt it, some of the multitudinous conspiracy theories may well be correct (who knows?), but our focus should still be on evangelism.

The apostasy of former evangelist the late Charles Templeton is a cautionary example of what can happen when someone listens to and heeds the words of fallible men in preference to the Word of God. This is the same thing that happened to Eve. Instead of clinging to the Word of God that she had heard, via Adam, she chose to continue dwelling on the words of the serpent, until eventually she succumbed.

To become overly concerned by weather weapons, or any conspiracy, would be akin to denying the sufficiency of Scripture. If any issue becomes more important to us than what God says, and our relationship with God, then we are in effect dissipating our allegiance away from God. Whether the threat (of weather weapons, say) is real or not makes little difference. The vicious weather and waves on the Sea of Galilee were very real, but it was only when Peter transferred his attention away from Jesus and on to the waves that his life became in danger (Matthew 14:30).

At times in my own life I have found myself preoccupied to the point of anxiety with global doomsday scenarios of one variety or another. One thing I have found helpful is the saying attributed to some olden-day theologian, that ‘all that people require to be happy is something to be enthusiastic about’. And the best things to be enthusiastic about are things that contribute to God’s Kingdom, such as creation evangelism.

Many people allow themselves to become extremely anxious over things like totalitarian government, horrific new weapons, and environmental destruction (conspiracy theories abound in relation to these topics). But Paul said ‘do not be anxious over anything’ (Philippians 4:6). Just as faith in Jesus can heal people of physical infirmities, so too focusing on Jesus rather than on the evils around us can heal our hearts of that sort of anxiety. Getting one’s focus off oneself or off perceived problems and onto God is very important. As someone put it recently, happiness ‘has to do with the allocation of attention’.1

I encourage you not to get anxious over Bearden’s (or anyone else’s) apocalyptic predictions. Christians should not let worries over things like this distract them from the things of God. As Christians our attention should be on God and what He says, rather than on what men say. We are followers of Christ, not of Bearden, and Bearden’s claims, whether true or false, are ultimately irrelevant in God’s scheme of things. 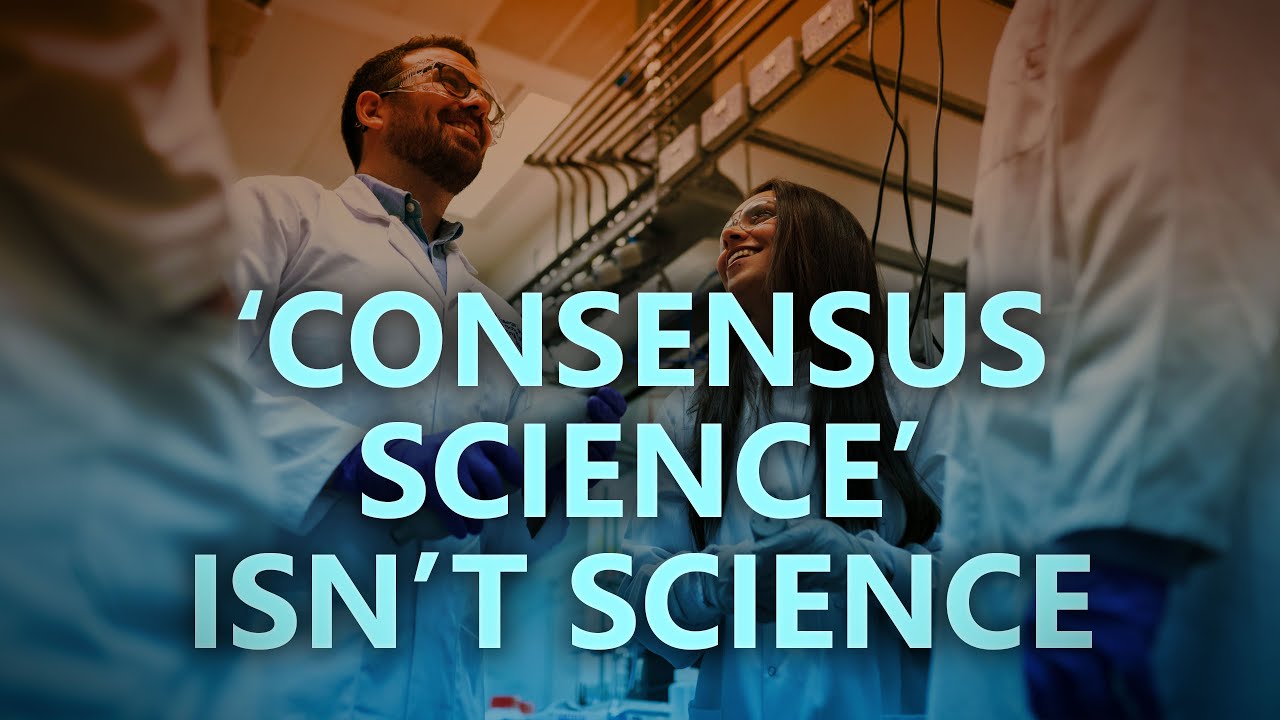 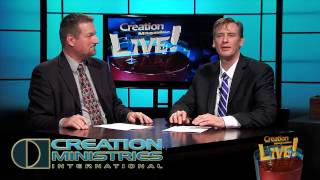 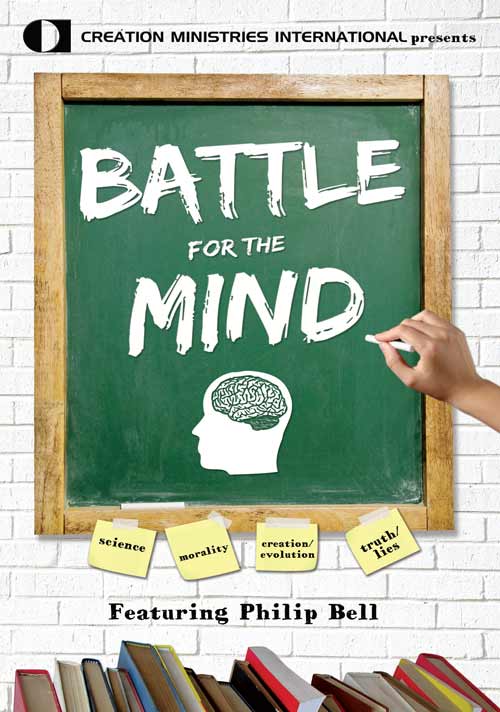