In his book The Monkey Business (1982) paleontologist Niles Eldredge wrote that no author who published in the Creation Research Society Quarterly ‘has contributed a single article to any reputable scientific journal’ (p.83). Apparently Eldredge couldn't be bothered to glance at the Science Citation Index or any other major science bibliographic source.

Developmental biologist Willem J. Ouweneel, a Dutch creationist and CRSQ contributor, published a classic and widely cited paper on developmental anomalies in fruit flies (‘Developmental genetics of homoeosis’, Advances in Genetics, 16:179–248, 1976). Herpetologist Wayne Frair, a frequent CRSQ contributor, publishes his work on turtle systematics and serology in such journals as Journal of Herpetology, Comparative Biochemistry and Physiology, Science, and Herpetologica.

In their study of creationist publishing practices (‘The Elusive Scientific Basis of Creation “Science”’, Quarterly Review of Biology 60:21–30, 1985), Eugenie Scott and Henry Cole surveyed the editors of 68 journals for the period from 1980–1983, looking for creationist submissions. Out of an estimated 135,000 submitted papers, Scott and Cole found only 18 that could be described ‘as advocating scientific creationism’ (p.26).

Scott and Cole were not looking for papers like the following: In 1983, the German creationist and microbiologist Siegfried Scherer published a critique of evolutionary theories of the origin of photosynthesis entitled ‘Basic Functional States in the Evolution of Light-driven Cyclic Electron Transport’, Journal of Theoretical Biology 104: 289–299, 1983, one of the journals Scott and Cole surveyed. Only an editor who had a complete roster of European creationists, and the insight to follow the implications of Scherer's argument would have flagged the paper as ‘creationist’.

How many papers did Scott and Cole miss? Let's look at 1984, one year past the end of their survey. Would Scott and Cole have turned up ‘Enzymic Editing Mechanisms and the Origin of Biological Information Transfer’, by the creationist biochemist Grant Lambert (Journal of Theoretical Biology, 107:387–403, 1984)? Lambert argues that without editing enzymes, primitive DNA replication, transcription, and translation would have been swamped by extremely high error rates. But the editing enzymes are themselves produced by DNA.

It’s a brilliant argument for design. Lambert understandably counts on some subtlety and insight from his readers, however. Lambert doesn’t ‘explicitly’ wave his creationist banner, leaving the dilemma as ‘an unresolved problem in theoretical biology’ (p.401). By Scott and Cole’s criteria, such papers don’t really count. By any other reasonable criteria, however, they do.

Dr D. Russell Humphreys, a physicist working for the prestigious Sandia National Laboratories in Albuquerque, New Mexico (who is involved with the laboratory's particle beam fusion project, concerning thermonuclear fusion energy research) is a board member of the Creation Research Society. He has about 30 published articles in mainstream technical journals from 1968 to the present. In the last eight years a lot of his work has been classified, so there has been less of it in the open literature.

His most recent unclassified publication is a multiple-author article in Review of Scientific Instruments 63(10):5068–5071, October 1992, ‘Comparison of experimental results and calculated detector responses for PBFAII thermal source experiments.’ I understand that a more recent unclassified article will be published in the near future.

Here is just a sampling of some of his earlier articles:

In the summer of 1985 Humphreys wrote to the journal Science pointing out that openly creationist articles are suppressed by most journals. He asked if Science had ‘a hidden policy of suppressing creationist letters.’ Christine Gilbert, the letters editor, replied and admitted, ‘It is true that we are not likely to publish letters supporting creationism.’ This admission is particularly significant since Science’s official letters policy is that they represent ‘the range of opinions ’. e.g., letters must be representative of part of the spectrum of opinions. Yet of all the opinions they receive, Science does not print the creationist ones.

On May 19, 1992 Humphreys submitted his article ‘Compton scattering and the cosmic microwave background bumps’ to the Scientific Correspondence section of the British journal Nature. The editorial staff knew Humphreys was a creationist and didn’t want to publish it (even though the article did not contain any glaring creationist implications). The editorial staff didn’t even want to send it through official peer review. Six months later Nature published an article by someone else on the same topic, having the same conclusions. Thus, most creationist researchers realize it is simply a waste of time to send journal editors openly creationist articles. To say that a ‘slight bias’ exists on the part of journal editors would be an understatement.

The Institute for Creation Research published a laymanized version of Humphreys’ article in their Impact series [No. 233, 'Bumps in the Big Bang’, November 1992]. Reference 5 of that article contains information about the Nature submission.

In the 70s and early 80s, physicist Robert Gentry had several articles with very significant creationist data published in mainstream journals (Science, Nature, Journal of Geophysical Research, etc.), but found he couldn’t publish openly creationist conclusions. Gentry had discovered that granites contain microscopic coloration halos produced by the radioactive decay of primordial polonium. According to evolutionary theory, polonium halos should not be there. Some believe that the existence of polonium halos is scientific evidence that the Earth was created instantaneously.

When Oak Ridge National Laboratories terminated Gentry’s connection with them as a visiting professor (shortly after it became nationally known he is a creationist) the number of his articles slowed down, but he continues to publish.

Another example of blatant discrimination is Scientific American’s refusal to hire Forrest Mims as their ‘Amateur Scientist’ columnist when they found out that he was a creationist, although they admitted that his work was ‘fabulous’, ‘great’ and ‘first rate’. Subsequently Mims invented a new haze detector praised in the ‘Amateur Scientist’ column, without mentioning that Mims was rejected for this very column purely because of religious discimination. So it’s hardly surprising that some creationists write creationist papers under pseudonyms to avoid being victimised by the bigoted establishment. See Revolutionary Atmospheric Invention by Victim of Anti-creationist Discrimination

Russell Humphreys said in a 1993 interview: ‘I’m part of a fairly large scientific community in New Mexico, and a good number of these are creationists. Many don’t actively belong to any creationist organization. Based on those proportions and knowing the membership of the Creation Research Society, it’s probably a conservative estimate that there are in the US alone around 10,000 practising scientists who are biblical creationists.’ (‘Creation in the Physics Lab’, Creation 15(3):20–23).

Dr Humphreys was awarded his Ph.D. in physics from Louisiana State University in 1972, by which time he was a fully convinced creationist. For the next 6 years he worked in the High Voltage Laboratory of General Electric Company. Since 1979, he has worked for Sandia National Laboratories in nuclear physics, geophysics, pulsed power research, theoretical atomic and nuclear physics, and the Particle Beam Fusion Project. Dr Humphreys is an adjunct professor of Geophysics and Astrophysics at the Institute for Creation Research in San Diego, a Board member of the Creation Research Society and is president of the Creation Science Fellowship of New Mexico. He is also the author of the book Starlight and Time: Solving the Puzzle of Distant Starlight in a Young Universe, Master Books, 1994 (ISBN 0-89051-202-7) which details his white hole cosmology theory.

One other ICR Impact article by Humphreys can be viewed at: The Earth's Magnetic Field is Young.

Dr Michael Behe, associate professor of biochemistry at Lehigh University author of Darwin’s Black Box, is not even a biblical creationist, but has experienced blatant censorship simply because he highlights the strong evidence for an intelligent designer of life. Like Dr Gentry, he wasn’t even given a chance to respond to his critics — see his Correspondence with Science Journals.

Scientific American refused to allow Phillip Johnson to defend himself against a vindictive and petty review by the atheistic Marxist, Stephen Jay Gould. So Johnson published Response to Gould on the Internet, from Access Research Network.

Another prominent creationist who publishes in mainstream journals is Dr Robert A. Herrmann, professor of mathematics at the U.S. Naval Academy in Annapolis, Maryland. 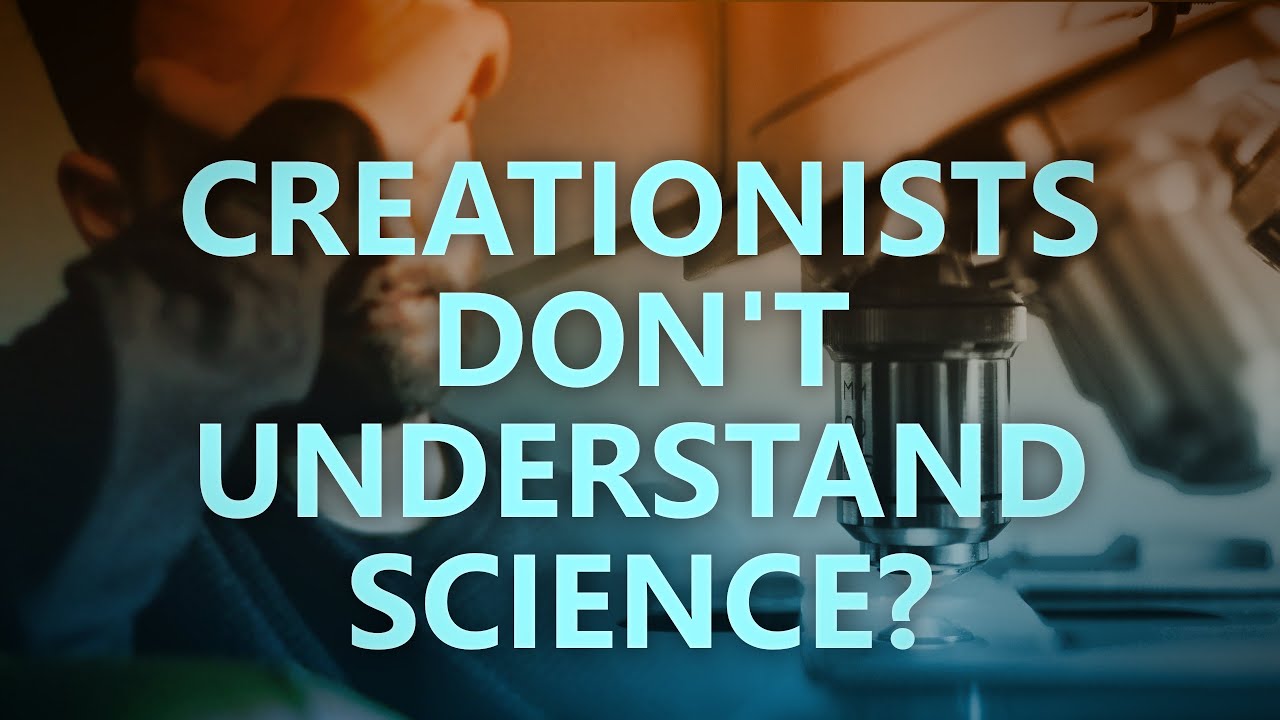