Further evidence of only one large Lake Missoula flood

The Lake Missoula flood took place at the peak of the post-Flood Ice Age in the northwest United States. A lobe of the Cordilleran Ice Sheet in British Columbia had filled a valley in northern Idaho to a depth of about 800 m, which created a lake about two times the volume of Lake Eire. The lake was 300 m deep over the present city of Missoula, Montana.

Multiple shorelines from glacial Lake Missoula can be seen at enumerable locations in the valleys of western Montana (figure 1). The ice dam suddenly broke and the lake emptied within two days, sending a massive flood through eastern Washington and northern Oregon, creating walls of water 100-300 m deep. Hundreds of pieces of evidence support this flood, but it was rejected for 40 years by all but J. Harlen Bretz because such a flood was deemed too ‘biblical’.1

In the 1960s with the advent of aerial photography and further field work by Bretz and others, geologists finally accepted the Lake Missoula flood. But when 40 rhythmites and an interbedded ash layer was discovered in the Walla Walla Valley of southeast Washington, geologists suggested that each rhythmite represented a single flood.2,3 It did not take long for the number of floods to rise to about 100 based on rhythmites in the Sanpoil Valley of northeast Washington.4 However, more recent research concluded that the rhythmites in the Sanpoil Valley have not resulted from 100 Lake Missoula floods but from pulses coming from the melting of the ice.5

More recent research concluded that the rhythmites in the Sanpoil Valley have not resulted from 100 Lake Missoula floods.

New evidence for only one flood

The majority of geologists continue to believe in multiple floods, not only at the peak of the last ice age but also at the peaks of many other postulated ice ages. The notion of the 100 floods, all at the peak of the last ice age in the uniformitarian ice age scheme, seems to make such flooding events sound like ‘business as usual’, i.e. uniformitarian. However, new evidence from the northern part of the former bed of glacial Lake Missoula demands a reinterpretation of this uniformitarian proposal. The evidence comes from the Mission Valley, about 40 km north of Missoula, Montana, and over a range of mountains.

The authors refer to a Ph.D. thesis by Daniel Levish,8 who studied the sediments of Mission Valley and described channels formed in the top of the lake bottom sediments during the last catastrophic drainage of glacial Lake Missoula but noted a lack of channels in the bottom sediments.9 Such an observation implies that there was only one large filling of glacial Lake Missoula and hence only one large flood.

Levish also showed that all the deposits were lake-bottom sediments from one filling of Glacial Lake Missoula. So, the Mission moraine really is not a moraine at all and the farthest advance of the Flathead Lobe was actually at the Polson moraine,8 which consists of a ridge of various sized rocks, as expected in a moraine (figure 2). The ‘Mission moraine’ represents the northern edge of eroded lake bottom sediments from the extreme southern portion of Mission Valley where the drainage velocity of glacial Lake Missoula around the mountains to the south would be expected to be locally higher.

There was only one ice age

The evidence of bottom sediments from one filling of glacial Lake Missoula also supports the hypothesis of only one ice age, since the lake was bordered on the north by the edge of the ice. One glacial Lake Missoula implies just a one-time occurrence of the ice edge at the Polson moraine. Furthermore, gravel layers within the lake deposits are not evidence of multiple ice ages, as previously thought, but a product of debris flows within lacustrine sediments. The old interpretation of multiple ice ages was simply following the classic model of multiple ice ages from the US Midwest—a form of circular reasoning called the reinforcement syndrome in which previous ‘results’ are reinforced with further research.10 Levish concludes:

“This also invalidates detailed interpretation of the history of the Flathead lobe and multiple phases of glacial Lake Missoula (e.g. Richmond, 1986). The sediment of the Mission Valley records continuous proglacial sedimentation in glacial Lake Missoula. There is no evidence of subaerial exposure, fluvial dissection, or weathering. In this way, this record does not lend support to hypotheses that glacial Lake Missoula filled and drained catastrophically and completely dozens of times.”11

Gravel layers within the lake deposits are not evidence of multiple ice ages.

One hundred floods caused by one hundred fillings of glacial Lake Missoula would take 5,000 years or more, all at the peak of the last Ice Age, and this would obviously be a challenge to the biblical timescale. However, with evidence strong for only one large Lake Missoula flood, this time challenge to the biblical timescale evaporates. Furthermore, the data can be interpreted within the creationist one-ice-age model.12 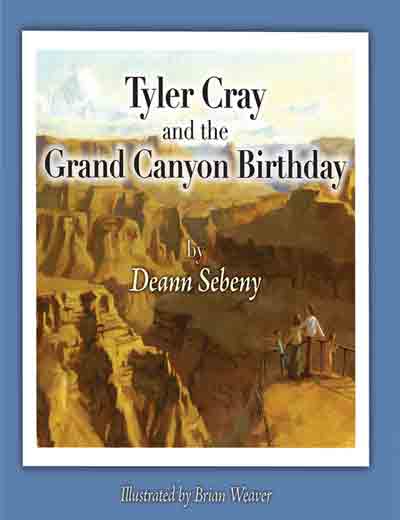