K.S. from the USA wrote in to register his disagreement with CMI’s views on Genesis as real history, and our claims about scientific support. His letter is reproduced in red, with a response given by CMI’s Keaton Halley in black.

Respectfully, I’m not sure what you hoped to accomplish with this message. You wrote in to criticize us and express your own views, but what you’ve said suggests you are not all that familiar with our perspective, as we have long ago addressed many of your concerns, and you didn’t attempt to respond to our arguments. I’d encourage you to read more of what we have said, so the conversation can advance and we do not just repeat ourselves. Please see my responses interspersed below, where I’ll point you to some further reading.

The Lord Jesus quoted from Genesis as authoritative Scripture.

I agree with most of what you say about Christ and his importance to our lives.

Great. Glad to hear it.

But I find your belief in Genesis as scientific fact to be both laughable and dangerous to true Christians. And the distorted logic and pseudo science you use to “prove” young Earth theory runs totally contrary to your statement about the Antikythera mechanism, and “the brilliance of humans,” to figure out complex matters.

These are fairly harsh criticisms. But we’ll see in your specific examples below whether you’ve provided examples of us distorting logic or advancing pseudoscience. As for the Antikythera mechanism and the ingenuity of ancient peoples, I don’t follow your logic. How does their cleverness contradict any argument for a universe that is thousands of years old rather than billions? There seems to be a hidden premise in this argument that I cannot identify. Care to spell it out? Or are you simply saying that ancient peoples were smart, while we young-earth creationists are dumb? If so, you are merely attacking us rather than addressing our arguments at this point, so I’ll proceed to your arguments to see if they really show our viewpoint to be “laughable”.

If the universe was only 6,000 years old, then the billions upon billions of galaxies and stars would be compressed into 6,000 light years—and the Earth would not even exist today since it would have been engulfed in a fireball of truly astronomical proportions. It would probably not have been created in the first place since the fireball would have prevented the formation of planets, let alone life.

This assumes that the only way for starlight to arrive on earth in 6,000 years would be to start with closer stars, and for the light to make its journey the same way secular astronomers assume. But creationists have proposed a whole variety of means by which starlight could have arrived quickly, even given vast distances of billions of light-years. See How can we see distant stars in a young universe? for some of these, and you can search creation.com as well as the websites of other creation organizations for other possibilities.

If you don’t like any of the creationist solutions and insist that light can only traverse the same number of light-years as the number of elapsed years, then you would have to reject the big bang theory as well, since the big bang has its own light-travel-time problem. Secular astronomers have had to resort to fairly radical theories to overcome this and other challenges to the big bang.

Secondly, if you believe that Genesis is the word of God and the basis of all scientific and spiritual beliefs, you must also believe that the Egyptian Book of the Dead, the Epic of Gilgamesh and other ancient scriptures from the Middle East are also the definitive word of God, since they also contain similar stories to the Biblical accounts of the Creation, the flood, etc.

I’m sorry, but this does not follow at all. The similarities in the flood narratives and so forth obviously prove a common origin for those particular stories, which we acknowledge. But why can’t the Gilgamesh epic and others be a corruption of the original account, while Genesis preserves the truth? Nothing you’ve said rules out that option, which is in fact our view. There’s no Scriptural problem with the idea that Moses used earlier sources when he wrote Genesis. When the Bible claims to be God-breathed (2 Tim 3:16), it includes the idea that human beings were involved in the process, but God superintended this process so that they wrote down exactly what He wanted (2 Peter 1:20–21).

From what you’ve said here, I can only conclude that you actually deny Genesis is the Word of God. Is that right? Because, otherwise, this alleged problem would be as much a challenge for you as for us. But, if so, you are disagreeing with the Lord Jesus, who quoted from Genesis as authoritative Scripture. See Did Jesus believe Genesis?

How can the evolutionary history be so wonderful when it involves eons of death, disease, and suffering?

And you believe so firmly in Genesis, I assume you also believe as firmly in the other four books of the Pentateuch, and adhere to the 631 commandments and laws spelled out in them, and are slaughtering and offering burn offerings, such as slaughtered cows and lambs, stoning adulterers, condemning to death those who work on Sunday, etc.

We do believe in those books, and treat them as the Word of God, but we also interpret and apply them properly based on God’s later revelation rather than wrenching passages out of context. Those laws pointed forward to the time of Christ Jesus, who fulfilled the law. Jesus offered Himself as the sacrifice for sins once for all, so that now it would be contrary to God’s wishes under the new covenant to continue to turn to the blood of goats and bulls. The book of Hebrews spells this out in detail. So, we follow the law of Christ (Galatians 6:2), not a misapplication of the old covenant.

As a 73-year old Christian, I see nothing wrong with accepting Genesis as a sacred allegorical myth, and marveling at the truly wonderful creations of God that magnificently evolved over billions of years through his divine plan. The distance of the electron from the nucleus, DNA, the precise proportion of elements on earth, the miracle of a tiny seed that yields a tree with abundant fruit … all these are signs of a wonderful Creator. I actually think science, more than Genesis, leads to a greater awareness of the wonder of God.

The biblical writers did not share your view. For example, they took Genesis to be true history, and made theological arguments based on those grounds. See Genesis: Bible authors believed it to be history. Also, the Bible consistently elevates the special revelation of Scripture above information gained from other sources like experience or general revelation, and this would apply to the conclusions of modern scientists as well (see, e.g., Psalm 19). It’s certainly true that a study of nature should point us to God, but nature is fallen and cursed, while Scripture is not. And modern scientists are fallen human beings who have developed many of their theories (of origins in particular) in opposition to biblical revelation. Frequently there are philosophical and theological assumptions driving their conclusions, so one should not uncritically embrace their claims as though establishment scientists are paragons of neutral objectivity.

Also, your admission about Genesis being beneath science actually reveals that you have a much lower view of the Scriptures than Jesus and the New Testament writers did. I’d encourage you to rethink that, and really ask yourself if you are submitting to Jesus as Lord when it comes to your view of the authority of God’s Word. Jesus Himself said, “For if you believed Moses, you would believe me; for he wrote of me. But if you do not believe his writings, how will you believe my words?” (John 5:46–47).

Last, you romanticize the evolutionary process as something “magnificent” and part of God’s “divine plan”, but how can the evolutionary history be so wonderful when it involves eons of death, disease, and suffering? That doesn’t square with Scripture’s big picture, which says that the world started out “very good” (Genesis 1:31), then became cursed because of sin (Genesis 3:17–19), and is now groaning, longing to be redeemed (Romans 8:19–22). By putting death (including human death) in the world millions of years ago (prior to Adam, if you even believe that he existed), you undermine the connection between sin and death, which in turn logically undermines the Gospel. I would strongly urge you to read Did God create over billions of years? And why is it important? 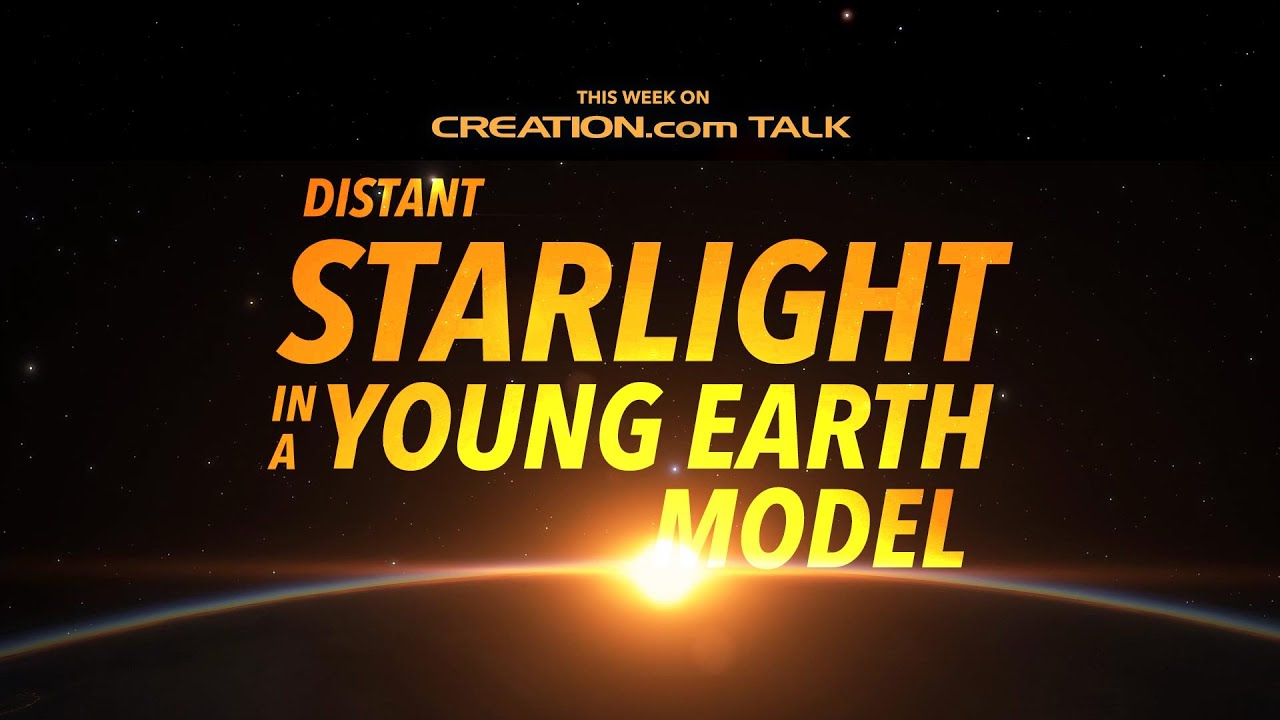 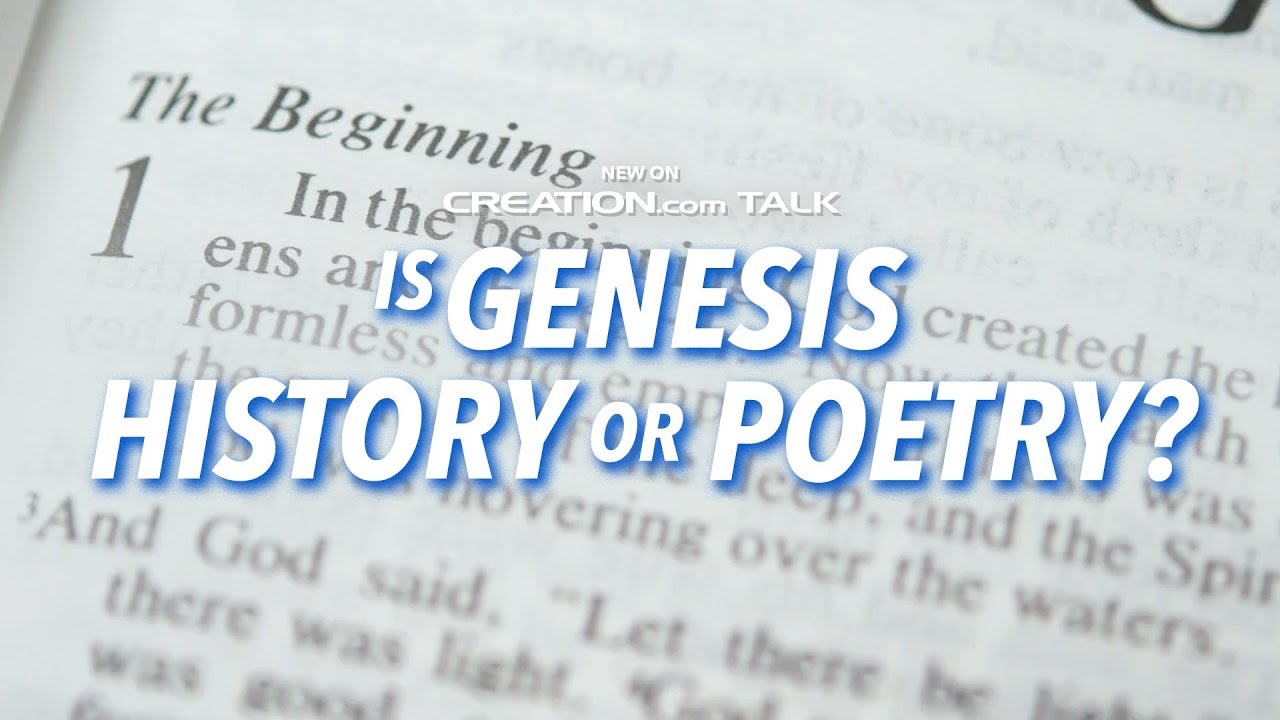 Is Genesis History or Poetry?

The Genesis Account
by Jonathan Sarfati
US $30.00
Hard Cover
The Creation Answers Book
by Various
US $15.00
Soft Cover
The Deep Time Deception
by Michael Oard
US $10.00
Soft Cover