In a recent article in The New Yorker magazine1, Dr Lawrence Krauss2 said people should doubt evolution. Well, to be sure, this is not what Dr Krauss, an outspoken anti-theist and evolutionist, actually intended—but if we rigorously apply what he recommends, then we should indeed doubt evolution.

In the opening paragraph, Dr Krauss relates an incident in which Governor Scott Walker (Wisconsin, USA) was asked at a news conference in London, England, “Are you comfortable with the idea of evolution?” According to Krauss, Gov. Walker replied, “I’m going to punt on that one”.

Since Gov. Walker is known as an evangelical Christian and given the tone and content of the rest of the article, it seems reasonable to conclude that Dr. Krauss was intending to belittle those who might question evolution, particularly those who espouse the Christian faith and a Biblical perspective on creation.

Evolution is promulgated as an ideology, a secular religion—a full-fledged alternative to Christianity.—Michael Ruse.

Here is some of what Dr Krauss wrote:

“Doubt about one’s most cherished beliefs is, of course, central to science: … But doubt is also important to non-scientists. It’s good to be skeptical, especially about ideas you learn from perceived authority figures. Recent studies even suggest that being taught to doubt at a young age could make people better lifelong learners. That, in turn, means that doubters—people who base their views on evidence, rather than faith—are likely to be better citizens.” …

“One conclusion we might draw is that we ought to resist ideology in the first place. If we want to raise citizens who are better at making evidence-based judgments, we need to start early, making skepticism and doubt part of the experience that shapes their identities from a young age.” …

“Informed doubt is the very essence of science.” …

“One thing is certain: if our educational system does not honestly and explicitly promote the central tenet of science—that nothing is sacred—then we encourage myth and prejudice to endure. We need to equip our children with tools to avoid the mistakes of the past while constructing a better, and more sustainable, world for themselves and future generations. We won’t do that by dodging inevitable and important questions about facts and faith. Instead of punting on those questions, we owe it to the next generation to plant the seeds of doubt.”

You may have already spotted the supreme irony in Dr Krauss’ words!

"[Referring to disproofs of spontaneous generation by Francisco Redi, Lazzaro Spallanzani, and Louis Pasteur] We tell this story to beginning students in biology as though it represented a triumph of reason over mysticism. In fact it is very nearly the opposite. The reasonable view was to believe in spontaneous generation; the only alternative, to believe in a single, primary act of supernatural creation. There is no third position. For this reason many scientists a century ago chose to regard the belief in spontaneous generation as a ‘philosophical necessity’. It is a symptom of the philosophical poverty of our time that this necessity is no longer appreciated. Most modern biologists, having reviewed with satisfaction the downfall of the spontaneous generation hypothesis, yet unwilling to accept the alternative belief in special creation, are left with nothing.”3

“The belief that life on earth arose spontaneously from non-living matter, is simply a matter of faith in strict reductionism and is based entirely on ideology.”4

“The origin of life by chance in a primeval soup is impossible in probability in the same way that a perpetual machine is in probability. The extremely small probabilities calculated in this chapter are not discouraging to true believers … [however] A practical person must conclude that life didn’t happen by chance.”5

“Although, at the beginning, the paradigm was worth consideration, now the entire effort in the primeval soup paradigm is self-deception based on the ideology of its champions.”6

“We now know that the secret of life lies not with the chemical ingredients as such, but with the logical structure and organisational arrangement of the molecules … biological information is not encoded in the laws of physics and chemistry … (and it) cannot come into existence spontaneously. … There is no known law of physics able to create information from nothing.”7

Consider also the following admissions about the ideological nature of the debate about evolution/naturalism:

“Evolution is promoted by its practitioners as more than mere science. Evolution is promulgated as an ideology, a secular religion—a full-fledged alternative to Christianity, with meaning and morality. I am an ardent evolutionist and an ex-Christian, but I must admit that in this one complaint—and Mr [sic; Dr] Gish is but one of many to make it—the literalists are absolutely right. Evolution is a religion. This was true of evolution in the beginning, and it is true of evolution still today. … Evolution therefore came into being as a kind of secular ideology, an explicit substitute for Christianity.”8

“Our willingness to accept scientific claims that are against common sense is the key to an understanding of the real struggle between science and the supernatural. We take the side of science [naturalism/materialism] in spite of the patent absurdity of some of its constructs, in spite of its failure to fulfill many of its extravagant promises of health and life, in spite of the tolerance of the scientific community for unsubstantiated just-so stories, because we have a prior commitment, a commitment to materialism.

“It is not that the methods and institutions of science somehow compel us to accept a material explanation of the phenomenal world, but, on the contrary, that we are forced by our a priori adherence to material causes to create an apparatus of investigation and a set of concepts that produce material explanations, no matter how counter-intuitive, no matter how mystifying to the uninitiated. Moreover, that materialism is absolute, for we cannot allow a Divine Foot in the door.”9

In light of these admissions by evolutionists themselves, it is clear that Gov. Walker should, perhaps, have answered the question this way (extracts from Dr Krauss’ article emphasized):

Materialism is absolute, for we cannot allow a Divine Foot in the door.—Richard Lewontin.

“Well, you know, doubt is, of course, central to science and it’s good to be skeptical, especially about ideas you learn from perceived authority figures—such as, for example, the university professors who assert that evolution is a fact. I was taught to doubt at a young age and I think that this makes people better lifelong learners. And I think that doubters—people, like me, who base their views on evidence, rather than faith—are likely to be better citizens.

So, since the scientific evidence that can be verified by repeated experimentation contradicts the idea that inanimate chemicals could accidentally combine to produce a self-replicating organism and also contradicts the idea that the huge amounts of new genetic information that would be necessary to transform such an original ‘simple’ organism into the complexity of life we see today can come into existence spontaneously—and especially since we know that the secret of life is, indeed, in the genetic information and not the chemicals that store the information—basing my views on the evidence, I am very skeptical about evolution.

In addition, since several evolutionists have admitted that evolution is an ideology and none other than Dr Lawrence Krauss has suggested that ‘one conclusion we might draw is that we ought to resist ideology in the first place’, then I think it makes sense to be skeptical of evolution and, in fact, we should make skepticism and doubt about evolution part of the experience that shapes people’s identities from a young age.”

Furthermore, we can quite appropriately amplify the points of Dr. Krauss’ last paragraph as follows (italics this time indicate amplifications).

One thing is certain: if our educational system does not honestly and explicitly promote the central tenet of science—that nothing is sacred, including evolution—then we will continue to encourage the myth of evolution and prejudice against those who are skeptical about it to endure. We need to equip our children with tools to avoid the mistakes of the past—such as failing to be skeptical about the claims concerning evolution for which the scientific evidence is either non-existent or contradictory—while constructing a better, and more sustainable, world for themselves and future generations. We won’t do that by dodging inevitable and important questions about facts that contradict evolution and faith that the unsubstantiated just-so stories of evolution are true. Instead of punting on those questions, we owe it to the next generation to plant the seeds of doubt about evolution.

So, Dr Krauss, are you comfortable with the idea of teaching doubt and skepticism about evolution?10 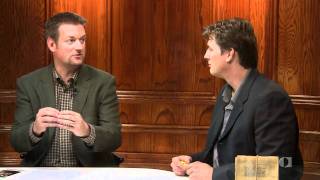 15 Questions for Evolutionists -- #1 How did life originate?