I had mixed feelings of anger and sadness recently when reading about a Dutch couple aborting their baby because she would have been born with a cleft lip. Six months later, they returned to the IVF clinic to ‘try again’.1 Not long afterwards, I read about an old lady suffering from dementia having been euthanized (again in The Netherlands). Although she had signed a document to this effect, when the time came she did not wish to follow through with it. The doctor and family decided otherwise and proceeded nonetheless. The Dutch doctor was declared ‘not guilty’ of murder in a court of law.2

The definition of ‘to murder’ is: ‘The unlawful premeditated killing of one human being by another.’ Going by the two tragedies described above, the Dutch authorities must believe these are lawful instances of killing a human being.3

In thinking about the defence of the unborn, there are some huge inconsistencies. We are all familiar with the fact that some people get more worked up about the rights of animals than those of humans. How do unborn babies compare, for instance, to eagle eggs? A video clip from PragerU makes shocking viewing. Some people would readily sign a petition to protect the unhatched eagle (a good thing) but, when faced with a similar petition to protect the unborn human baby from abortion, the same people were opposed!4 Increasingly, people ask, “What sort of world do we live in?” It is a world where evil is called good, and good evil (just as Isaiah 5:20 says).

Justice means to defend the rights of those who can’t defend themselves, e.g. the unborn.

Could it be that people who fail to see purpose in their own lives—amplified by evolutionary teaching that humans, like the rest of creation, are only worth about three dollars in chemicals5—do not properly value themselves, or the lives of their neighbours? This certainly appears to be the case. A recent Yakult UK poll paints a sad picture, that 89% of young Brits (16–29 year olds) believe their life lacks purpose (80% across all ages).6 How does Yakult UK respond to such a disconcerting statistic? Speaking of the eastern philosophical concept called Ikigai (pronounced ick-ee-guy)7 they say, “Ikigai is built around weighing up aspects of your life across your passion, your mission in life, your profession and your vocation … and those who discover their Ikigai have everything they need for a happy journey through life” (emphases mine).6

At the same time, another survey indicates that the number of professing Christians in the UK is at an all-time low. In 36 years, the number has dropped from 66% to 38%.8 This is not surprising, since the education system has long been dominated by evolutionary teaching, keeping the Creator out of the schools. Even the church has largely succumbed to the ideas of the world and has incorporated long ages with God somehow directing evolution. Jesus taught that a diseased tree bears bad fruit (Matthew 7:17–20) and we can clearly see the truth of His words as we observe our culture today.

The Creator’s design is being ignored

Obviously, such compromises are not based on Scripture, but rather stem from the fear of man and wanting to be accepted in the eyes of the world. Pride is the root problem and contradicts the teaching of God’s Word. The world’s standard of good is corrupt but God tells us, “what is good; and what does the Lord require of you but to do justice, and to love kindness, and to walk humbly with your God” (Micah 6:8). For instance, justice means to defend the rights of those who can’t defend themselves, e.g. the unborn. Loving kindness at least means not to hurt other people. What does it mean to be humble? It means, “in humility value others above yourselves” (Philippians 2:3), contrary to worldly thinking.

People are made in the image of God, “male and female He created them” (Genesis 1:27). This is what makes human life sacred. The fuller revelation of Scripture describes how God was incarnate as a man (e.g. John 1:14) whose ultimate mission was to open the way of salvation for us all. Through repentance and faith, we may enter a personal relationship with God through Jesus—He is “the life” (John 14:6) so can bestow on us the gift of life.

In stark contrast, through belief in evolution and unbelief in the Creator, life is sacrificed on the altar of self.9 One is left scrambling to find human worth in temporal things (often things established by human hands), which eventually will give way to the finality that faces us all: death. The Bible has the answer to the aforementioned problems, including death. It is high time that Christians rise up to actively glorify the Creator, rather than passively slumbering while His Word is compromised. 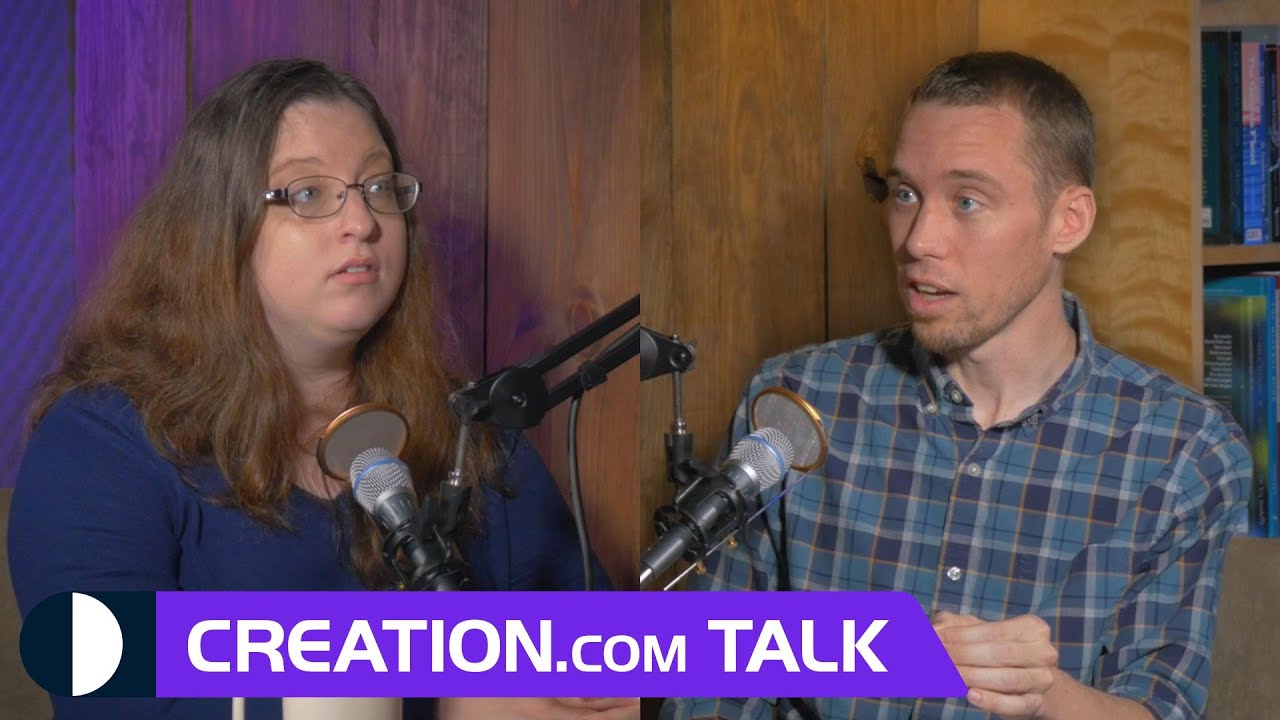