How CMI’s documentary The Voyage that Shook the World came together.

The 2009 Darwin celebrations were less than three years away, when my friend and colleague Dr Emil Silvestru, geologist and speaker with CMI-Canada, told me about an idea he had for a documentary film. He reminded me that most people don’t know that Darwin saw himself firstly as a geologist, and that his evolutionary theory was very much dependent on his geological beliefs about millions of years.

The strongest influence on Darwin in this regard was Charles Lyell’s book Principles of Geology, which Captain FitzRoy had given him just before their voyage on His Majesty’s Ship Beagle. Lyell’s writings became very influential in imposing the “slow and gradual” philosophy onto geology, with the result that “millions of years” became geological Gospel. This was well before attempts to vindicate this belief via radiometric “dating”—radioactivity had not yet been discovered.

Lyell’s ideas, called “uniformitarianism”, were a conscious attempt by him to, in his own words, “free [the] science from Moses”. His philosophy insisted that all geological features were the result of slow actions over huge periods of time. This was in total opposition to the Genesis account of a recent creation and a massive global Flood.

Even though geologists today still take the millions of years for granted, the facts of geology point so strongly to catastrophe that Lyell’s views have frequently been overturned when it comes to specific locations and features.

Darwin’s notes about the various geological features he saw on his voyage show that he was interpreting them through the lens of this Lyellian belief. This meant that his own strengthening conviction about what is today called “deep time” was being continually reinforced. This long-age belief became the pivotal foundation for his theory of how all living creatures had gradually made themselves, through the slow accumulation of tiny modifications.

Emil proposed sending a film crew around the world, looking at the very same features Darwin saw. In this way one could highlight how, most of the time, even modern secular geologists would regard Darwin’s “slow and gradual” interpretation of the geology as flawed.

All involved, whether actors or interviewees, were told that creationists and Intelligent Design (ID) proponents, as well as evolutionists would be interviewed and that part of the retracing of Darwin’s voyage was to explore the controversy.

It was an intriguing idea, especially knowing that a replica of the Beagle was being built by enthusiastic Darwinists, ready for 2009, a comic book with Darwin as superhero had been proposed, and several movies were in pre-production. Yes, the “Darwin hype” had already begun.

In early discussions, scores of locations where Darwin made his geological observations (including on coral atolls) came to mind; we could have included the Cocos Islands, Tahiti and much more. But there was only so much one could squeeze into a standard one-hour “doco time slot”. A retracing of the Beagle voyage also needed to deal with biology and natural selection, especially on the Galápagos. So we couldn’t visit every “Darwin geology site”, but this still left ample to make the point!

This was a great idea and breathtaking in its scope. However at that time, with many other problems and pressures in the ministry, it was easier to put it into the “one day we might” category. But in God’s sovereignty, the growing awareness of the coming 2009 Darwin hoopla kept bringing it back to mind. In late 2006, I mentioned the idea to Ben Suter, who was our audiovisual manager. In early 2007, with the clock ticking away, I sat down with Ben and asked him, “When do we start?” Ben’s experience in the industry, as well as his commitment to wanting Christian productions to be of the highest quality, were invaluable as he searched out and put together a superb international documentary team.

In February 2008 the first “shoot”, lasting eight weeks, took place. It covered locations and interviews in not just the Galápagos, but Argentina, Chile, the UK, Europe, and North America.

We had set up the production company Fathom Media so that prejudicial beliefs about “creationists” would not block our access to people and places. We were, of course, committed to answering all questions openly and honestly, prayerfully relying on God’s sovereignty. All involved, whether actors or interviewees, were told that creationists and Intelligent Design (ID) proponents, as well as evolutionists would be interviewed and that part of the retracing of Darwin’s voyage was to explore the controversy.1

We were surprised, though delighted, that despite this, all people everywhere seemed to just assume that we were part of the general “homage to Darwin in 2009” thrust. We were also amazed to have some of the most powerful and helpful statements in the film come from some of the world’s leading evolutionists. Perhaps even more surprising was that we were readily given access to filming in the inner sanctums of “Darwiniana”—the room Darwin occupied at Cambridge University, his family home, the specimens he collected, sketches and notebooks, and more.

In early July 2008, the second shoot, involving period re-enactments, took place in Tasmania, Australia. This involved much organization and co-ordination;2 a sailing ship with crew, a helicopter for aerial photography, costumes and props, set design and location experts; and of course the actors themselves. These were chosen on merit, regardless of their background beliefs about creation or evolution.

It was tremendous to see how the vision gradually took shape, bathed in prayer.

It was tremendous to see how the vision gradually took shape, bathed in prayer. Director Steve Murray’s efforts were outstanding, with his thorough research of the subject. The way he conducted the interviews, with thoughtful and incisive questions, provided a tremendous amount of raw material for the scripting and crafting of the documentary. One evolutionist interviewee said how she had really enjoyed the interview and the unique line of questioning by Steve. And the creation-evolution experience of several of CMI’s staff scientists worldwide was invaluable as they combed hundreds of pages of transcripts for key points during the script development stage.

Even though the rigid commitment to the highest quality meant that the costs ballooned way past the amount raised, the response from CMI supporters worldwide was overwhelming. Without all those many supporters “catching the vision”, this stupendous undertaking could not have been completed.

The result, under God’s good hand, is nothing short of breathtaking. There is universal acknowledgement of its technical excellence, and we think that even most committed evolutionists will agree that the film is characterized by what we might call “gentle fairness”. But from the tremendous positive reactions we’ve seen to date, that’s what gives it its power—because at the same time, it probes and asks the hard questions many have stopped asking. And it does so in a way that makes many people rethink their comfortable assumptions and convenient caricatures about the creation-evolution debate. In the first handful of screenings, we already had several people tell us that they had changed their mind, including one previously vocal “anti” clergyman. For others, it seems to have commenced a serious questioning process.

By the time this article goes to press, it may well have had its first exposure on broadcast television (see the website TheVoyage.TV for details). And when the DVD is released in September 2009,3 it will contain many extras, including 22 language subtitles.4 How exciting is that? We trust that for years to come, as Christians use the DVD to show to their acquaintances, very large numbers of people will rethink and reexamine their various philosophies, and that many will come to know the truth that sets them free in Jesus Christ. 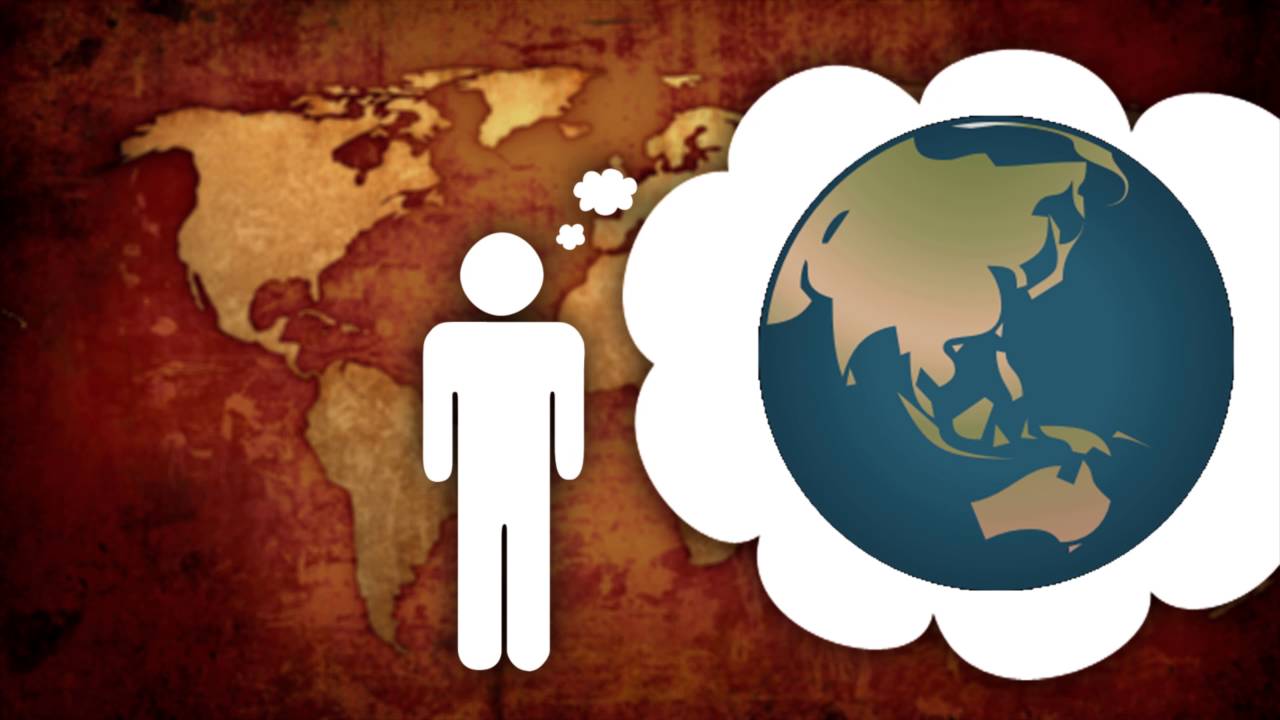