The scientists estimated the original organism would have been a whopping 2.63 m (103 inches) long and … would have weighed almost 50 kg (110 lbs).

British scientists have discovered a new fossil of a giant millipede called Arthropleura1 that they describe as “the largest arthropod2 in Earth history” and represent “the remains of the largest individual arthropod known to have evolved.” Their findings were published in Journal of the Geological Society.3 Arthropleura fossils (including their trackways) are rare.4 This new one comes from Howick Bay, Northumberland, England.5 From the fossilized remains, the scientists estimated the original organism would have been a whopping 2.63 m long and 55 cm wide (103 x 22 inches). It would have weighed almost 50 kg (110 lbs). That’s some millipede, and considerably larger than even the biggest species known today.6

The scientists discovered the fossil quite by accident, exposed in a boulder that had tumbled from the cliff onto the beach. The rock was broken open by the fall, exposing the millipede in two halves (negative and positive impressions). The fossil consists of over a dozen segments of exoskeleton, known as ‘tergites’, located on the bottom (ventral side) of the millipede. The segments would have been located near the front end (anterior) of the animal and measured 76 x 36 cm (30 x 14 inches). The segments (12 on left side, 14 on right side) are preserved in fine-grained sandstone in three dimensions, but show signs of flattening. This was explained in the report as resulting from “tectonic activity” which occurred “prior to lithification” (i.e., before the sediment had time to harden). This was then accompanied by heavy faulting of rocks in the area.3

There were no legs, head, or other appendages found in the sandstone block, and only 12–14 of the possible 30 segments were present, hence lead scientist Dr. Neil S. Davies (Earth Sciences, Cambridge University) reasons:

“Finding these giant millipede fossils is rare, because once they died, their bodies tend to disarticulate, so it’s likely that the fossil is a molted [sic] carapace that the animal shed as it grew.”7

The fossil was found in rocks assigned to the so-called Carboniferous period, conventionally dated to 326 million years, which is supposedly 100 million years before the rise of the dinosaurs. Long-age geologists believe the Earth’s continental configuration at this time was completely different to today’s, so that the rocks found in Northumberland, were once near the equator. Such ideas of continental movement may have merit if understood as happening quickly, during the year of the Flood (Genesis 6–9). This has been discussed extensively in creationist literature.

Furthermore, fossils of tree seeds, invertebrates, and amphibian tracks were also found in rocks from the area, along with thin coal beds, shells, and other marine creatures.3 Because of this, the scientists who made this latest find have changed their thinking about the habitat of Arthropleura from being swamp dwelling, to a tropical, riverine environment in sparse woodlands, near the open coast.3 However, this is sheer guesswork, and instead of a record of a living environment, it makes more sense when interpreted as a record of rapid burial in a marine environment (see below).

The technical reports states the following regarding the fossil’s preservation and burial:

“Considered alongside the fact that the fossil is preserved in three dimensions, fully enveloped and partially coiled … within a fine-grained cross-bedded sandstone, this suggests that the remains were instantaneously deposited with the host sediment” (emphasis added).3

However, because the scientists are committed to uniformitarian explanations, they believe the fossilisation:

“ … could feasibly have occurred as a pulse of bank margin debris [including sand, exoskeleton, and plant remains, that] collapsed into a river channel … ”3

However, such a scenario would be insufficient to account for all the properties associated with this fossil. The evidence shows it was preserved in laminated (fine layered) sandstone, a sedimentary rock, which also occurs with layers of (marine) limestone in this locality.3 Sand is unconsolidated, but can be turned into hard sandstone quickly, through the action of mineral-rich fluids and bacterial processes that bond the particles together. The laminations suggest that the sediment was laid down by fast flowing water, that produced the layering quickly. The fossil was flattened, likely by the pressure of the overlying sediment, meaning it was buried deeply. Although an incomplete moulted carapace (rather than part of the fossilised animal itself), the fossil was well preserved—therefore it fossilised quickly. All this is consistent with the conditions that would be expected during the Flood year (Genesis 7:1–8:16).

The fossil was not directly dated, but because it was found in rocks assigned to the Carboniferous, it was given an ‘age’ of 326 million years. However, all the known body fossils of Arthropleura are found in ‘younger’ rocks than their trackways.3 This is a conundrum for long-age thinking that can only be satisfactorily resolved by a biblical Flood interpretation. Animals fleeing the encroaching Deluge left tracks, which were then covered quickly by fresh, mineral-rich sediments. The giant millipedes were not overwhelmed until later, or were swept to higher levels by the rising Flood waters, hence their fossils come from higher, ‘younger’ rocks.

The researchers cannot ignore the ‘giant millipede in the room’, so discuss why they think Arthropleura grew to such huge proportions.

The researchers cannot ignore the ‘giant millipede in the room’, so discuss why they think Arthropleura grew to such huge proportions. Previously, it was thought that elevated oxygen levels during the Carboniferous period could be an explanation. However, there is a lack of evidence for increased oxygen in the rocks that Arthropleura are fossilised in. Instead, the scientists turn to more prosaic explanations to account for gigantism—favourable nutrition, environment, and lack of predators:

“Hence a more parsimonious explanation for the gigantism of this organism was that it evolved and sustained giant dimensions simply due a favourable environment with a limited number of competitors … few predators and an abundance of high-nutrition food (potentially including prey).”3

However, as no smaller fossil ancestors of Arthropleura have so far been discovered, such evolutionary ideas are merely guesswork. Why are such giants not around today? Perhaps because millipedes have ‘devolved’ since the Flood due to unfavourable environmental changes that impacted diets and increased inter-species competition. We cannot be sure of course. Animals that can become huge, do so partly because of their innate genetic programming (since creation) and when conditions are favourable.

The data the scientists presented in their journal paper is best interpreted as evidence for the Flood, rather than evolution over millions of years. The partial exoskeleton of Arthropleura was covered quickly and buried deeply in marine sediments (along with other plants and animals) and became preserved in rock, just 4,500 years ago, during Noah’s Flood. Furthermore, the millipedes living in today’s post-Flood world are much smaller than their spectacularly large ancestors were. This is consistent with life in a fallen world, where the creation is subject to futility and decay (Romans 8:20). 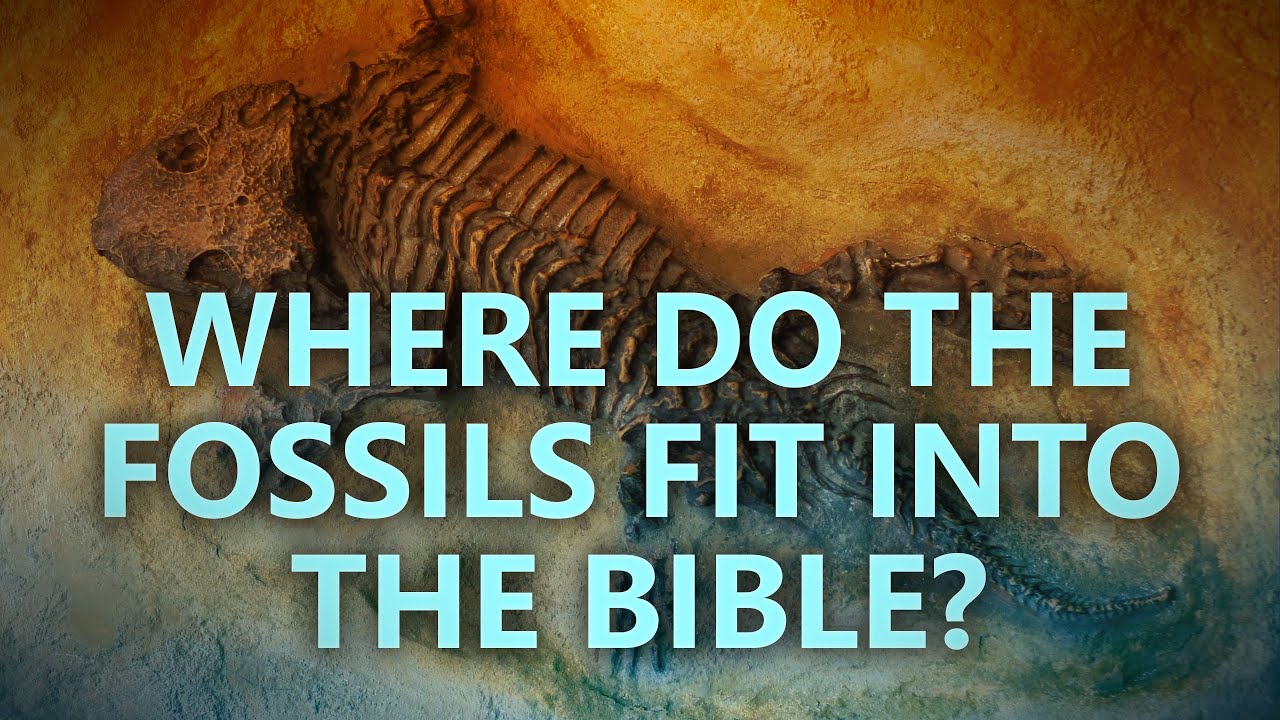 Where do fossils fit into the Bible?