More of the moth myth!

David J. wrote to us:

“You say: ‘Before the industrial revolution, there was genetic information for dark and light moths’ [Sounds like you mean it was not a mutation]. This is incorrect, given that the following article, says it was by a recent mutation:

‘The rapid spread of an initially unique haplotype, driven by strong positive selection, is expected to generate the profile of linkage disequilibrium we have observed (18), establishing that UK industrial melanism in the peppered moth was seeded by a single recent mutation’

This is the latest development in the classic story of the British peppered moths (Biston betularia), one of the most well-known icons of evolutionary theory. For those readers who are not familiar with the background, let’s begin with a summary.

It all has to do with a claimed phenomenon labelled ‘industrial melanism’. Peppered moths come in two forms, one of which is called the ‘typica’ form, which is ash-grey in colour, with black ‘pepper’-like patterns (figure 1, left). The other form is the darker, so-called ‘carbonaria’ form (figure 1, right). The story goes like this: The lighter-coloured moths could camouflage themselves on lichen-covered tree trunks, whereas the darker ones were more easily picked off and eaten by birds, because they were more visible on the trunks (figure 2). Pollution from the Industrial Revolution in England between 1850 and 1920 killed off the lichens on the tree trunks, exposing the darker-coloured bark. Once this happened, the darker-coloured moths had the advantage of camouflage, so then they survived more readily, while the lighter-coloured ones were more likely to be eaten by the birds. After 1950, pollution controls cleared the air, allowing lichen to grow back on the trees. Thus, the lighter moths made a comeback. Moths were captured in traps, allowing researchers to track changes in their numbers. H. B. Kettlewell, British geneticist at Oxford University directed initial experiments involving the peppered moths from 1952 to 1972.1

Industrial melanism in the peppered moth (Biston betularia) is one of the most widely recognized examples of contemporary evolutionary change, but beyond the fact that it is a single-locus dominant allele, the genetic basis and developmental mechanism distinguishing the black (carbonaria) form from the wildtype [typical (typica)] form are unknown –Science 2011, emphasis added

This story is full of problems, as we documented in 1999. Peppered moths rest underneath leaves during the day, not on tree bark (figure 3), as is the nature of moths. The moths were caught in traps, at night, not during the day. Dead moths were glued to the bark of trees for a television series on NOVA about demonstrating ‘evolution in action’. Imagine the backlash if creationists did something similar, to support creation! To further complicate things, the number of light-coloured moths were back on the rise after pollution had gone down in 1950, but before the light-coloured lichen had grown back on trees! Due to the many holes in the experiments, Jerry Coyne suggested discarding the peppered moths as a well-understood example of natural selection in action.2

In a follow-up article in 2002, CMI’s Carl Wieland summarized why the change in the frequency of the two forms of peppered moths—even if the classic story of the tree trunks were exactly as claimed—cannot be used to demonstrate evolution in action:

In summary, since the genetic information is already present in the moth populations from the start of these observations, the shift in the ratio of light and dark moths is a case of only natural selection, but not evolution. As CMI has often pointed out, this natural selection does not add up to evolution from simple organisms to humans. All that is happening is that the frequency of gene variants are changing over time. No new gene variants are being created, which is absolutely necessary for evolution. The fact that the darker-coloured moths declined after 1950 with cleaner air contradicts the idea that the peppered moths are evolving into an entirely new species, let alone a completely different kind of insect, given enough time. The moths have always remained moths, shifting back and forth in response to the environment.

In a later article in 2008, Wieland responds to critics and demonstrates evolutionists’ fraudulent use of the peppered moths to further support evolution.

Our reader, David, is responding to point number 1, made by Dr Wieland in his 2002 article, namely, that the genetic information was already present for both light-coloured and dark-coloured moths in England before the Industrial Revolution. The article David is referring to from the journal Science from 2011 makes the claim that a ‘recent mutation’ is responsible for dark colour in the peppered moths.3 Now, with the added element of mutation plus natural selection, evolutionists are claiming that the peppered moths are a valid example of evolution. With this, evolutionists are trying a new tack by examining the genetic background of the peppered moths, instead of just physical traits and ecology. This is important for evolutionists, since they are trying to save one of the most well-known posterchildren of their theory.

David raises a very good point. But does the 2011 Science paper really prove evolution? The article in question starts with this telling sentence (emphasis added):

“Industrial melanism in the peppered moth (Biston betularia) is one of the most widely recognized examples of contemporary evolutionary change, but beyond the fact that it is a single-locus dominant allele, the genetic basis and developmental mechanism distinguishing the black (carbonaria) form from the wildtype [typical (typica)] form are unknown.”

All that the article shows is that a combination of six DNA letters (C, A, G, G, T, A) occurs at certain positions within a specific 200,000 nucleotide region in chromosome 17 exclusively in the darker-coloured peppered moth. This distinct genetic pattern can only be due to a mutation arising in the moth population. Importantly, the researchers who examined this region of chromosome 17 in the peppered moths did not find any kind of gene which is responsible for any kind of protein. These six DNA letters which had higher frequencies in the darker moths compared to the lighter ones only serve as ‘markers’ in the DNA. In other words, they are like page numbers which tell you where you are in a book. But page numbers don’t tell you anything about the actual content of a page in the book. Just as the quotation from the actual paper shows, the researchers do not know which gene is responsible for the difference in colour between the two moth forms.

But the story doesn’t stop here. A later study in 2013 discovered the actual mutation that is responsible for the difference in colouring between the lighter and darker-coloured moths.4 This mutation merely involves the insertion of a 21,925 bp5 long mobile genetic element, otherwise known as a ‘jumping gene’6, into intron7 1 of the cortex gene, thereby increasing the gene’s activity. The cortex gene plays a role in the regulation of the cell cycle8, during the production of cells in the early development of the moth’s wing. When a jumping gene inserts itself into another gene it does not increase genetic information in the organism. This is the same as copying a paragraph from the beginning of a book into the middle of a sentence at the back of the book. The content has only been increased by duplicating the information of the jumping gene, without creating a new type of information. This is not a demonstration of how microbes could have evolved into humans, with vastly more structures and functions. In other words, it is not evolution as most understand the term.

Mobile genetic elements, otherwise known as transposons, are very common. They make up 65% of our own genome. A very famous example of transposons disrupting genes was discovered by Barbara McClintock in the 1940s in maize. In maize, two transposons called Activator (Ac) and Dissociation (Ds) could disrupt a colouration gene causing purple pigmentation in maize kernels, by insertion of the Ds transposon into the gene. This insertion led to loss of pigmentation in the maize kernels where the insertion had occurred.9

In summary, we can say the following things about the genetic analysis of industrial melanism in the peppered moth:

In conclusion, the peppered moth experiments were flawed to begin with. In order to correct for the errors in experimental setup, evolutionists resorted to genetic analysis in order to pinpoint a possible mutation causing the difference between the colouration of the two moth types. It seems like they have finally been able to track it down. However, after 70 years, the evidence does not decisively prove evolution, and is fully compatible with creation. Evolutionists simply need another example if they want to definitively prove their theory.

Evolutionists have been working hard for decades to develop an effective argument that the peppered moths prove evolution, so they can use it as a weapon to try to debunk creation. But when they probe deep into the genome, we find that the evidence is totally compatible with creation! Surely, “ … then you will understand the fear of the Lord and find the knowledge of God” (Proverbs 2:5). 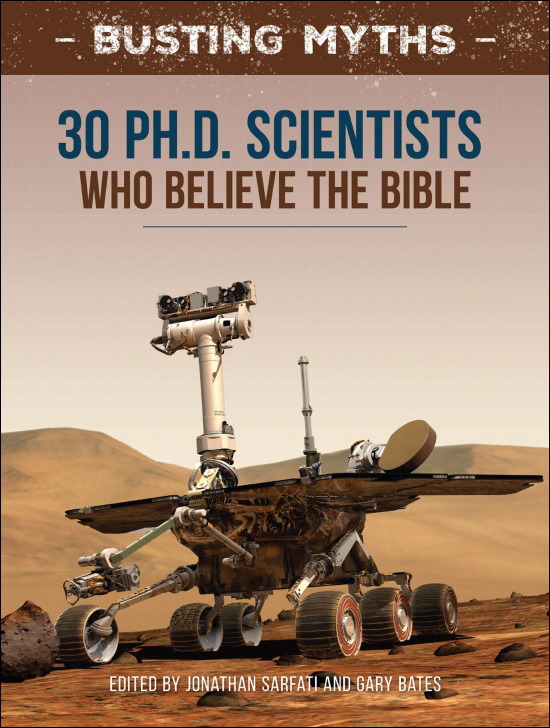 The Creation Answers Book
by Various
US $10.00
Soft Cover