A paleosol is defined as a soil that formed on a landscape in the past that is no longer forming but more often was subsequently buried.1 Secular scientists believe that it takes tens of thousands to millions of years for some soils to form and be subsequently buried:

“The relatively long duration of pedogenesis (104 to > 106 yr) for these paleosols makes them unlikely to have been influenced by short-duration climate fluctuations and allows them to accurately reflect long-term climate trends related to global climate change.”2

Even if we accept that secular science can accurately measure time, paleosols are known to have formed much faster than commonly assumed.

Paleosols were once thought to be rare but are now said to be quite common in the rocks, even dating back into the Precambrian.3 Retallack provides an example of how common they are thought to be when he claims he found 87 paleosols in a 143 m stratigraphic section of the badlands in South Dakota, USA (figure 1).4

Even if we accept that secular science can accurately measure time, paleosols are known to have formed much faster than commonly assumed. Many interbeds within the Columbia River Basalt (CRB) flows of the northwest USA are considered paleosols, especially if the sediment is red. The CRBs are one of the smallest of a large number of Large Igneous Provinces that outcrop on the continents and the ocean bottoms.5 They cover 210,000 km2, if the Steens Mountain Basalts of southeast Oregon are included. According to the secular story, lava had covered the area within a million years.6 The CRBs are an average of 1 km deep with a maximum of about 4 km in central Washington, and consist of about 300 basalt flows, mostly from long N–S vents in south-east Washington and north-east Oregon.

The ‘paleosols’ found between the flows are assumed to have taken tens of thousands to millions of years to form (see quote above2). The properties of the paleosols led the researchers to believe the well-developed soils are a result of a warm, wet climate, like Hawaii but with less rain.7 This is inferred from kaolinite clay and laterites, a high iron soil usually found in the tropics. A slightly cooler climate then set in about 15.8 Ma ago during the period of eruption. It is believed this climate change was caused by the beginning of water exchange between the Atlantic and Arctic Oceans through the Fram Strait between northern Greenland and Svalbard. However, this does not seem to be a significant enough factor for climatic cooling.

Needless to say, there is a problematic contradiction between the age of basalt flows and the age of the interbedded paleosols:

“At least 50% of the Grand Ronde Formation (the R2 and N2 units) was erupted over a period of not more than 0.30 m.y. (Baksi, 1989), and some evidence suggests that all Grand Ronde lavas were erupted in just 0.42 … m.y. (Barry et al., 2010). Both of these proposed eruptive durations present interesting problems for the correlation between eruption timing and pedogenesis, because many paleosols within these units are interpreted to represent hundreds of thousands of years of landscape quiescence during which pedogenesis occurred.”8

The Grand Ronde Basalts are 90% of the CRBs. The researchers do not resolve the conflict. They were more interested in showing a climate shift at 15.8 Ma from the ‘Miocene climate optimum’.

This research shows that the geological situation, multiple lava flows, can contradict a claim of old age, such as the time deduced for soil and paleosol development by uniformitarian scientists. It is also interesting that within the kaolinite paleosols between lava flows is unaltered feldspar, which weathers quickly and thus provides contradictory data for the uniformitarian claim of paleosols between lava flows.

The evidence for paleosols is equivocal.

Paleosols bring up a question for creation scientists. How would we explain them? Without doubt creation scientists need to analyze paleosols in more depth, but are the paleosols really buried soils? The evidence for paleosols is equivocal.9 All soils have soil horizons, but with few exceptions paleosols lack a top organic horizon, one of the best indications of a buried soil. The claimed paleosol is most often only a clay layer, carbonate layer, a ‘weathered layer’, or a mudstone, which can easily be a depositional layer or a layer altered by diagenetic or hydrothermal reactions. Ollier and Pain admit:

“Rising water, steam and other emanations from deep in the earth move upwards through enclosing country rock and bring about some alteration. This may include … the formation of clays. This is not [surficial] weathering, but hydrothermally altered rocks may come to look very like weathered rocks … .”10

During the Flood, we would expect rocks to have the appearance of weathering since rapid sedimentation and fluid flow would be common. These fluids would easily modify or react with sediment giving it the appearance of a buried soil. 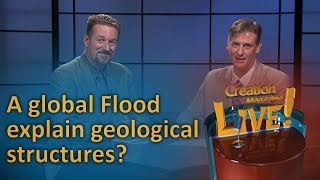 Can certain geological structures be explained by a global Flood? 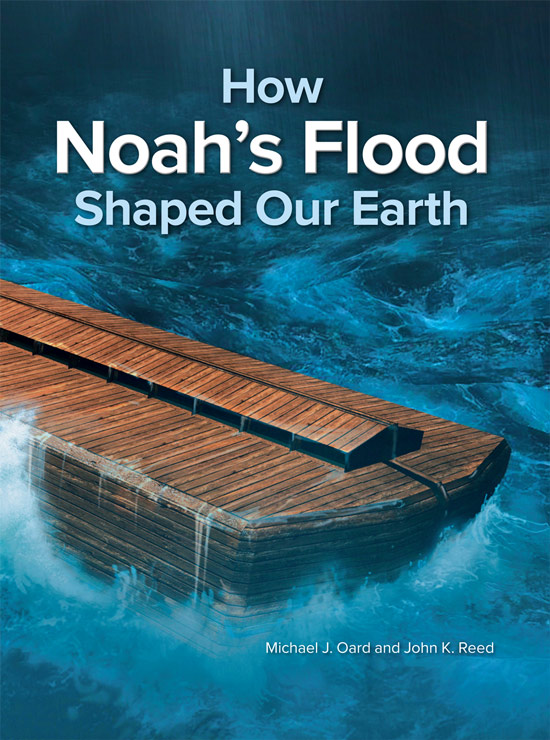