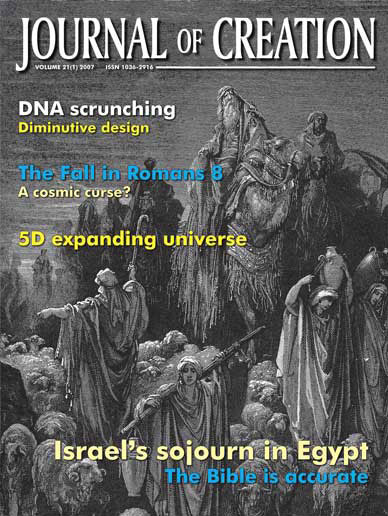 by Philip B. Bell

What distinguishes the front foot of a mouse and the wing of a bat? What similarities and differences are there anatomically and developmentally? It might seem obvious that the contrast between such diverse structures is wholly due to their singular functional designs and purposes. A mouse uses its forepaws for weight bearing, running, climbing and to manipulate food items whereas a bat’s wings are sophisticated, foldable aerofoils which facilitate powered flight and exquisite manoeuvrability. For the evolutionist, however, these are homologous structures—that is, different though they undoubtedly are, the elongated digits1 of a bat wing correspond to the digits (‘toes’) of a mouse in a phylogenetic sense. Phrased colloquially, the fact that each of these mammals has five digits is said to be due to their common ancestry. But since this assertion of homology is axiomatic by nature (merely stating evolutionary belief), evolutionists are always keen to provide zoological evidence for its alleged veracity. A recent example of such an attempt—concerning the developmental control of programmed cell death in bat wing digits and interdigital tissue—has appeared in the prestigious Proceedings of the National Academy of Sciences.2

For some years, it has been known that programmed cell death (apoptosis) occurs during limb development of certain vertebrates in order to remove the nascent interdigital tissue, thereby ‘sculpting’ out the digits.3 The researchers focused their attention on the cellular fate of cells in the interdigital areas of the developing forelimbs of bat embryos (Carollia sp.; native to Trinidad). Cultured limbs, at different stages of development, were examined for expression of various genes and proteins known/suspected to have a role in digit elongation and/or apoptosis. Fore-limbs and hind-limbs were compared since it is only in the latter that significant apoptosis occurs, resulting in free digits.

The researchers demonstrated conclusively that, as expected, various bone morphogenetic proteins (Bmps) were expressed in the interdigital areas; these tend to induce cell death. They also detected significant expression of a potent Bmp inhibitor, Gremlin, in the forelimb interdigital regions. However, measurable levels of Msx gene (a downstream target of Bmp signalling) hinted that a role for Gremlin in blocking Bmp-mediated cell death (thereby promoting wing membrane development) was not the whole story. It turned out that Bmp-inhibition alone was insufficient to prevent interdigital apoptosis and the researchers were able to show that the activation of Fgf (particularly Fgf8) signalling cooperated with reduced Bmp signalling. Fgfs seem to be survival signals for tissues in creatures as diverse as chicks, mice and men,4 so it was interesting that they were also found to have a role in bats in helping to prevent wing membrane apoptosis. Furthermore, by perturbing the balance of Bmp signalling and Fgf signalling experimentally, the authors of this study were able to promote extensive programmed cell death of the forelimb interdigital areas. So far, so good.

A narrative gloss5 on the data

But then the authors made a leap from their data by making the following statement:

‘The development of the chiropatagium [forewing membrane] depends partly on the retention of early interdigit tissue. Our data suggest that the modulation of Bmp and Fgf signaling plays a critical role in this process and may have been involved in the evolution of the wing membrane, with one of the key events being the acquisition of Fgf8 signaling. Our data provide a molecular insight into the evolution of powered flight in bats.’

A bat wing is irreducibly complex at the macro, the micro and the molecular levels in spite of evolutionists’ protestations to the contrary.

However, I must respectfully disagree—the data suggests nothing of the sort but is merely being interpreted in this way to fit the authors’ belief in evolution. Retention of interdigital webbing by the mechanisms that they have elucidated only provides an explanation for how a bat’s forewing develops in the embryo. Their claim begs many questions of its own. Fgf8 is a complex molecule and an explanation would be needed for: (a) how the gene(s) for its production arose by random mutations; (b) how the molecular targets for Fgf8 arose in the bat wing tissues; (c) the origin of the cooperative effect between the emergent Fgf8 molecule and the Bmps; (d) how these molecules became key components of the whole apoptosis machinery; (e) the elongation of the digits themselves; etc. A bat wing is irreducibly complex at the macro, the micro and the molecular levels in spite of evolutionists’ protestations to the contrary. The researchers’ neo-Darwinian claims are nothing more than wishful thinking. In fact, contrary to their own expectations, they admit that their findings provide no support for ‘a conserved mechanism for maintaining interdigit tissue across amniotes’ (Abstract).

The experimental research reported by these researchers is fascinating in itself and certainly worthy of the attention of their peers. Central to their research was the status of apoptosis, a phenomenally sophisticated and tightly controlled process, involving a bewildering array of molecular components, whose alleged conservation during evolution beggars belief.6 To show that the retention of interdigital bat wing membrane is due to the prevention of apoptosis advances our understanding of its role in wing development but is quite unhelpful to the authors’ own evolutionary speculations. They have demonstrated the system complexity responsible for normal wing development: co-expression of Gremlin and Fgf8 and inhibition of Bmps conspire to prevent programmed cell death of interdigital tissue but not the digits themselves. Logically, disruptions of this system of complex molecular signalling between interdependent components would likely lead to abnormal wing development and a flightless bat that cannot feed—hardly convincing evidence for the system’s random, piecemeal assembly over time. In conclusion, borrowing from the authors’ own words in their paper, ‘The evolution of flight in bats is a matter of conjecture.’ To argue ‘In the beginning, God created … ’ is no more presupposed (and no less scientific) than to contend for a naturalistic origin for the Chiroptera.