The Amazing Stone Bears of Yorkshire

When Vet author James Herriot wrote about life in Yorkshire last century, he probably had no idea that this area of England held a fascinating key to unlocking one of the myths of evolution’s long-age ideas.

I was surprised to read recently that small teddy bears placed under a waterfall in Yorkshire ‘turned to stone’ in three to five months. After all, I had been told by my geology lecturers at university that stalactites and stalagmites take many thousands of years to form, so how could teddy bears petrify so quickly? So, I decided to investigate these claims and take a trip to Knaresborough, a town some 21 km (13 miles) west of York, England.

When I saw the stone teddy bears hanging under the waterfall, along with clothes, top hats, shoes, trainers and even an umbrella, I realized that I was observing an amazing geological spectacle.

When I saw the stone teddy bears hanging under the waterfall, along with clothes, top hats, shoes, trainers and even an umbrella, I realized that I was observing an amazing geological spectacle. I couldn’t resist adding [one of our creationist] neckties to the line-up.

The so-called Petrifying Well at Knaresborough has been a tourist attraction since 1630. Its water originates underground and has a high mineral content. As the water splashes onto the hanging objects, the mineral calcite (calcium carbonate) is deposited along with small amounts of other minerals. Gradually, these deposits build up and coat the object with a crust of rock.

The time needed for petrification depends on the size and porosity of the object. Small teddy bears take between three and five months. Larger porous items (large teddy bears and clothing) take six to 12 months. Non-porous items such as a top hat or a fireman’s helmet can take up to 18 months to be encased in stone.

The most impressive petrified objects are now just two bulges sticking out of the flowstone. These are the remains of a Victorian top hat and a lady’s bonnet left at the waterfall in 1853—some 148 years ago! These hats are now completely covered in a thick layer of flowstone—so much for its taking thousands of years for such flowstone thicknesses to form!

As I surveyed the petrified teddy bears at Knaresborough, I thought about how often I had been fed the myth that petrification needs millions of years. The Creator asked Job 38:4, in effect, ‘Were you there when I laid the foundations of the Earth?’ Taking this as our cue, we need to challenge those who promote millions of years, ‘Were you there to observe these processes taking place?’ There, at the Petrifying Well, I observed first hand that objects can petrify in months and years. Those teddy bears demolish a powerful cultural myth that prevents people believing what the Bible says about the true age of the Earth. 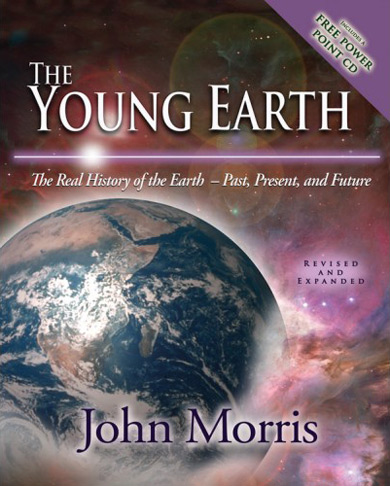